Formula, a pro-opposition TV channel, potentially faces foreclosure as the Georgian government seeks millions of dollars in damages from its owner, sparking concerns over media freedom in Georgia among watchdog groups.

Government officials and members of the ruling Georgian Dream party have refused to appear on Formula’s programmes and have often accused it of belonging to the ‘radical opposition’.

These tensions reached a peak after the homophobic riots of 5 July 2021, when Formula and other opposition-aligned channels criticised the government for not providing protection to journalists and reporters covering the riots.

Following the death of Pirveli camera operator Aleksandre Lashkarava less than a week after being attacked by homophobic mobs, four channels — Formula, Mtavari, Pirveli, and Kavkasia — shut down their broadcasting for a day and called on the government to resign.

Today, Formula potentially faces the foreclosure of its assets as a result of a series of high-profile legal battles lost by its founder, former government official Davit Kezerashvili.

Kezerashvili was a prominent member of the United National Movement (UNM) when it was in power; under Mikheil Saakashvili’s presidency, he served as head of the financial police between 2004 and 2006, after which he became the Minister of Defence — a position he resigned from four months after the August 2008 war.

Ten days after his resignation, David Kezerashvili’s trustees registered three offshore shell companies into which he moved millions of dollars, according to the Swiss outlet Tribune De Geneve.

He also left the country, with some reports claiming that he was based in the UK.

His newfound wealth prompted the Georgian Dream government that came to power after Saakashvili's presidency to accuse him of embezzling €5 million ($5.2 million) during his tenure as minister.

Kezerashvili was acquitted of embezzlement by two Georgian courts, with the latest case taking place in 2017. However, in September 2021, the Georgian Supreme Court overturned both acquittals, found him guilty, and sentenced him to 10 years in prison in absentia.

Later that month, the Ministry of Defence successfully sued him for reparations, raising concerns among media watchdogs, who feared that the state would eventually turn its gaze to the former official’s main asset in Georgia: Formula.

The ministry, in response, insisted that it was not ‘even considering’ foreclosing Formula’s assets. They cited their ‘respect for freedom of expression’ and claimed that Kezerashvili did not receive dividends from the channel.

However, Eduard Marikashvili, the director of the Georgian Democracy Initiative (GDI), a Tbilisi-based watchdog group, has said that it is ultimately not up to the Ministry of Defence to decide which assets are foreclosed.

‘Since Kezerashvili reportedly owns no other assets in Georgia, there is a big probability that legally [freezing of assets] would be possible to enforce only through Formula shares and nothing else,’ Marikashvili told OC Media on 17 November.

‘No matter how this criminal case may be disguised by Georgian Dream or the Defense Ministry, the perception is that its main aim is to influence Formula,’ he added.

A crusade against media?

Concerns over media freedom in Georgia have grown amidst allegations that the ruling Georgian Dream party is allied with and has a sway over the judiciary.

In May, the Tbilisi City Court sentenced Nika Gvaramia, another former UNM official and director of pro-opposition TV channel Mtavari, to three and a half years in prison for abusing his position as a media manager. The case prompted scathing criticism from media advocacy groups and the Georgian Public Defender.

In January, Avtandil Tsereteli, father of the founder of TV channel Pirveli, Vakhtang Tsereteli, was found guilty of being an accomplice to money laundering. Though he managed to avoid jail time, he maintains that the case against him was politically-motivated.

GDI condemned the rulings as ‘arbitrary justice against media managers, legally unsubstantiated charges, and selective repressive measures against the broadcasters that criticise the authorities’.

This year, Georgia ranked 89th in the Global Press Freedom Index, an international ranking published annually by the watchdog group Reporters Without Borders (RSF) — 29 places lower than it had a year earlier.

3. Support for Georgia’s blind and visually impaired has all but dried-up

5. Russia’s top diplomat compliments Georgia for not ‘irritating’ them 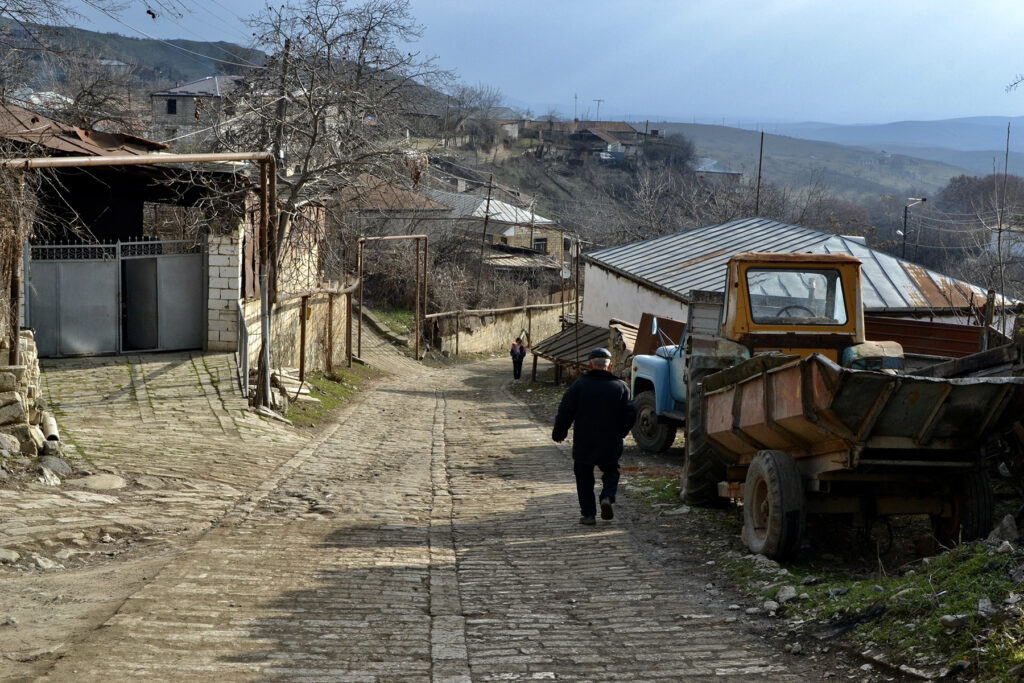