The Baku City Executive Power has refused to authorise protest applications since thousands took to the streets on 19 January calling for the release of ‘political prisoners’.

The latest protest to be denied authorisation was scheduled for 23 February by the National Council of Democratic Forces, a coalition of opposition parties that includes the Popular Front Party of Azerbaijan.

In a statement, the National Council said the city authorities had rejected the rally due to directions from the Presidential Administration, specifically President Ilham Aliyev.

‘By systematically banning peaceful rallies, the Azerbaijani government shows that it has completely transitioned to dictatorship’, the statement said.

Since 2013, protests have frequently been authorised and held outside the Mahsul Stadium in Baku’s Yasamal District, not far from the city centre. But since a protest on 19 January, the authorities have rejected all requests to hold protests there.

The Karabakh Committee was established in July 2018 to draw public attention to the Karabakh conflict.

The National Council has now appealed to the Baku City Executive Power for permission to hold a rally on 2 March.

The National Council of Democratic Forces has claimed the rejection of the 23 February rally was the result of the government’s fear following a protest they organised on 19 January.

The organisers estimated that 10,000 came out to demonstrate after new charges were brought against activist and blogger Mehman Huseynov. The Interior Ministry claimed around 2,800 people participated.

[Read on OC Media: Charges dropped against Huseynov after thousands rally in Baku]

After the rally, the Chief of the Baku City Police Department, Mirgafar Seyidov, appealed to the Baku City Executive Power not to allow the opposition to hold further protests.

In a statement, Seyidov said protesters had ‘made their real intentions [clear] and attempted to break the order in the capital and create disturbances. Undoubtedly, we prevented such illegal actions.’

He said the Baku Police would take ‘all necessary measures together with other law enforcement agencies in order to ensure peace and security in the capital’.

Yevda Abramov, deputy chair of parliament’s Human Rights Committee and a member of the ruling New Azerbaijan Party, dismissed criticisms of the authorities for not allowing the protests, insisting there was ‘no political motive’ for denying authorisation to these protests.

‘There are no favourable conditions or reasons for holding a rally today in Azerbaijan’, Abramov told OC Media. ‘The [city authorities] do not allow it. There are articles of the constitution; these apply to all the ruling and oppositional people’, Abramov said.

Political analyst Nasimi Mammadli told OC Media that prohibiting protests was a complete infringement of the constitutional rights accorded to citizens under Article 49 of Azerbaijan’s constitution, which guarantees the right to freedom of assembly. He also noted that the European Convention on Human Rights, of which Azerbaijan is a signatory, guarantees this right.

Mammadli said the authorities were prohibiting rallies because they consider citizen protests to be dangerous.

‘The government consider that people gathering is dangerous in itself. This is, in fact, an attempt to introduce a prohibition on active citizen action, active protests against the government’s policy.’

Mammadli said that the authorities may now choose an alternative location far from the city centre in which to allow people to protest. ‘This is also a limitation on freedom of assembly’, he said.

According to Mammadli, the relatively high turnout for the 19 January rally, which included dissatisfied citizens as well as members of the opposition, caused concern in the government.

According to Mammadli, not authorising protests causes people to attempt to take unsanctioned actions, which in turn, gives the authorities the opportunity to crush these actions. 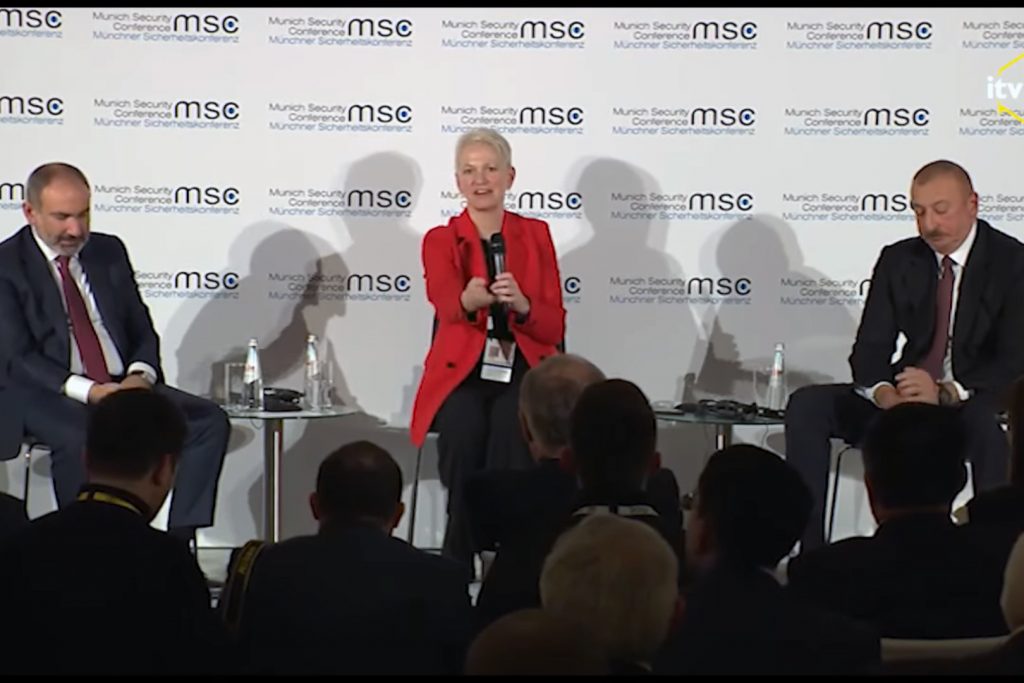