For Zinat, a 30-year-old Azerbaijani trans woman, the day she was sent to prison was ‘the end of the world’.

Having struggled against a state and society that persecutes trans women, things only got worse once she went inside to serve 30 days on charges of resisting police.

‘The first time I was convicted in prison, the prison guards spoke to me in a very unpleasant way, and threatened that they would shave my head.’

‘When I went out into the prison yard to get some air, the other prisoners laughed: “there are some new asses here”.’

This was her introduction to a system in which queer people face abuse, violence, and sexual commodification from both those in charge and fellow inmates, and in which the perpetrators face no risk of repercussions.

Nina (not her real name) is a trans woman who has undergone gender-affirming surgery, and spent two years in a men’s prison. Once inside, she quickly found that, even in a supposedly single-sex environment, a gendered hierarchy ruled.

Prisoners perceived as more masculine were termed ‘mujik’ (‘man’ in Russian), and those seen as more feminine were known as ‘asses’. While the mujiks were afforded some social status and privilege, those who were seen as insufficiently masculine were demoted to the bottom of the social hierarchy.

At its most violent, this status could be inflicted on men to punish them. Heterosexual male prisoners who were seen as feminine were labelled passive or receiving, and raped in order to ‘break’ them.

But trans women were seen as the lowest in the social hierarchy, and so dangerous even to associate with.

‘When someone bought cigarettes from [trans women] in there, the chief reprimanded us: “You made a mujik into an ass”,’ says Nina.

Navigating sexual dynamics in a men’s prison provided an additional challenge, as trans women were seen as both a threat and a sexual commodity.

‘We could not be intimate with the men there, they strictly controlled it. [Prisoners and prison officials] even threatened: “If you come close, we’ll punish you for 'breaking’ the man” ’, said Nina. ‘Of course, despite the insults and humiliations, there were secret sexual relations.’

Nina had had breast surgery, so was not allowed in common spaces with other prisoners for fear that they might be attracted to her, but prison officers would ‘sell’ trans women to other prisoners.

‘I was treated like a traitor or a public enemy’

In Azerbaijan, being queer can be enough to get you put behind bars, according to Zinat, a trans woman in her 30s.

‘We waited until morning in the station and they took us to the court. They slandered all of us and claimed that we resisted the police. The judge sentenced some of us to 20 days and some to 30 days without listening to us or giving us the right to speak.’

Once inside the prison, queer people were sent to separate cells.

‘I saw demeaning behaviour towards LGBT+ people in prisons. Insults, curses, humiliation, and the worst thing is they cut our hair bald.’

Isabel (not her real name), a bisexual trans woman, told OC Media that she was imprisoned for two months for making humorous posts on social media that were critical of the government. According to Isabel, she was taken from her home to court, and then to jail, in under an hour, and did not have access to a lawyer.

‘I was jailed because of my posts, so I was treated like a traitor or public enemy. There was constant psychological pressure and physical violence.’

‘I knew more-or-less about prison life so I would have been satisfied with just reading books and sleeping, but the guards and prison chief were constantly making me feel uncomfortable.’

Isabel said she concealed her sexual and gender identity and acted more masculine and heterosexual to avoid ‘a bigger hell’.

‘But it was [my experience in] court that meant more to me than the prison. Because the road to prison is the court, and it lacked conscience, literacy, or justice.’

No protection for LGBT people

According to Bayramova, these problems are rooted in Azerbaijani legislation, which fails to offer any protection to people who do not fit heterosexual and cisgender norms.

‘The law only supports male and female as genders and their heteronormative relations. LGBTI+ rights fall outside because of this narrow approach. The law perpetuates gender stereotypes and does not protect primary victims of gender-based violence.’

Even outside of prison, queer people in Azerbaijan have many of their basic freedoms severely restricted.  queer people risk abuse from families, employers, and strangers, and are forced to navigate an environment that’s increasingly dangerous for queer people.

[Read more on OC Media: The rise of homophobic hate speech in Azerbaijan]

But on the inside, what little control they have over their environments is lost, and queer people are left marginalised and punished at all every level of the system — facing abuse and harassment from police, courts, prison staff, and inmates.

‘I noticed that the inside is no different from the outside. Same tyranny and rampage.’

A version of this article first appeared in Azerbaijani on the Gender Resource Centre. 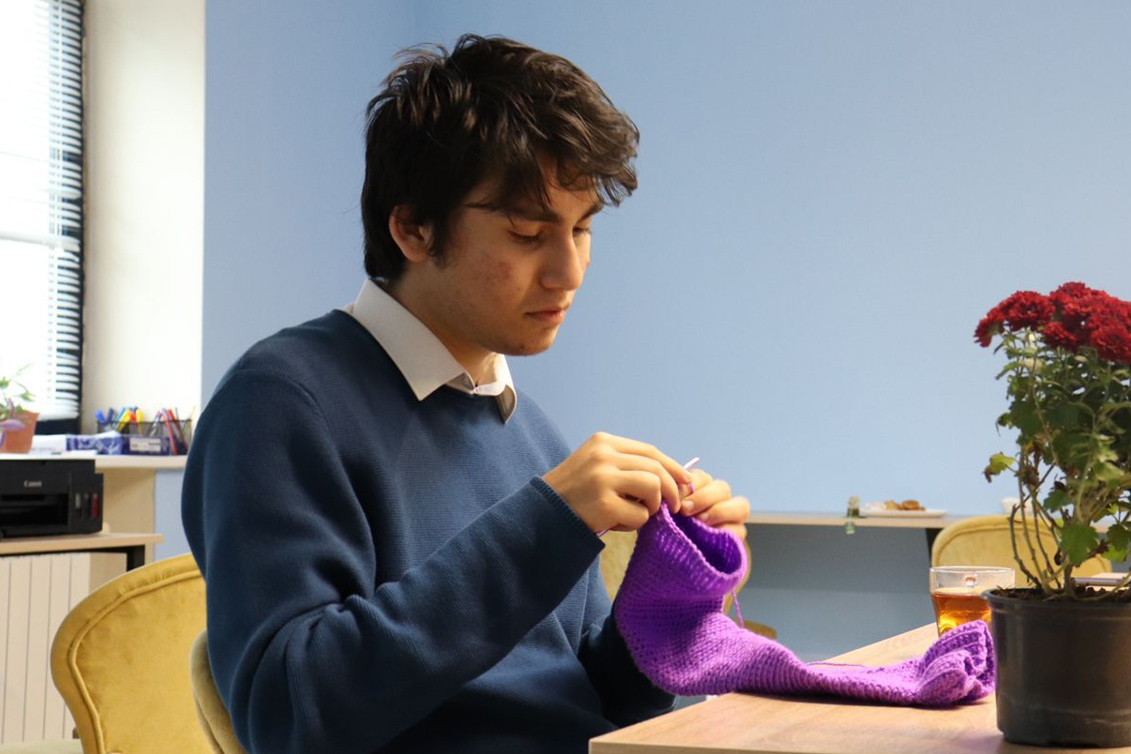 Ali Malikov is a queer activist and journalist. They are also one of the founders of the feminist-queer platform 'Femkulis'.