Now raging for four days, the new war between Armenian and Azerbaijani forces at several points along the Line of Contact represents a major inflection point in the more than 30 year-long Nagorny Karabakh conflict.

This is firstly on account of the scale and scope of the fighting, the worst since 1994. As of writing, there are 87 confirmed Armenian soldiers killed in action, and hundreds wounded. Azerbaijan is not releasing data but its losses can safely be assumed to be at least as high.

At least a dozen civilians have been killed across the divide, and damage to civilian infrastructure is significant. Shelling has hit targets outside of the combat zone, including in Armenia in itself.

Militarily speaking, it is clear that this is an Azerbaijani offensive, significantly larger in scale than the operation of April 2016. Combat has been concentrated in the directions of Fizuli-Jebrayil to the south-east, Talish-Matagis to the north-east and the Murov mountains to the north.

The objective appears to be the recapture, or from Baku’s perspective liberation, of significantly larger tracts of territory than the 800 hectares recaptured in 2016, most likely in the direction of Fizuli-Jebrayil.

Politically speaking, the issues are more complex. Senior Azerbaijani officials have termed the conflict a defensive patriotic war, directed at ending the injustice of Armenian occupation and the forced displacement of hundreds of thousands of Azerbaijanis. By this view, the relevant parallel is Croatia’s ‘Operation Storm’ in 1995, which overran the secessionist Serbian entity Srpska Krajina and secured the country’s territorial integrity.

Unlike Srpska Krajina, however, the unrecognised Nagorno-Karabakh Republic has backing it the firm support of its patron state, Armenia, and potentially the activation of Russia’s security guarantees to the latter.

For now, Yerevan is emphasising that Russian support is not needed, but this could certainly change in a conflict that Armenian Prime Minister Nikol Pashinyan has framed as ‘existential’.

A new calculus for war

A second key moment of inflection is that domestic and foreign factors have combined in new ways to change the calculus for war.

This new war follows a volatile two-year period. In April 2018, Armenia witnessed a ‘Velvet Revolution’ which was accompanied by exaggerated expectations of a corresponding reset in the peace process.

There has since been a regression into the symbolic politics of the conflict, as regimes across the divide have faced internal challenges, not least the COVID-19 pandemic.

And there was a new breakdown in July of this year, when clashes broke out on the Armenia-Azerbaijan border killing 17. Azerbaijani losses in July were heavier than Armenia’s, puncturing the narrative of Azerbaijan’s recovering military fortunes established in April 2016.

July’s clashes also exposed a groundswell of popular sentiment in support of war with Armenia during an unprecedented spontaneous protest in the Azerbaijani capital. The demonstration unnerved a political establishment unused to mass protests, and one which was confronting a challenging post-pandemic world with an economy yet to be weaned off oil and gas dependency.

There may have been a calculation that a military win in advance of socially testing times ahead could offer a degree of protection from future protests — as well as channelling deeply felt public grievance.

Yet as a small state that, unlike Georgia or Ukraine, does not directly confront Russia in its territorial conflict, military action comes with serious risks of international isolation for Azerbaijan. Turkey’s increasingly explicit support has reduced that risk.

Turkish support to Azerbaijan is of course not new. Ankara closed its recently-opened border with Armenia in protest at the occupation of the district of Kelbajar, outside of Nagorny Karabakh, by Armenian forces in April 1993.

There appears to be a broad spectrum of Turkish support to Azerbaijan in the current hostilities, subject to intense speculation and controversy.

It is still too early to come to definitive conclusions on whether and to what extent this spectrum includes the active use of Turkish airpower and, as widely claimed, the mobilisation of Syrian mercenaries.

There is little doubt, however, that Turkey is supporting Azerbaijan with various capabilities short of actual war and subject to plausible deniability, such as military drone tech.

Multipolarity as a new challenge to an Armenian-Azerbaijani peace

Turkey’s active involvement is a symptom of a wider regional and global shift,  from the unipolar international order led by the United States dominant at the end of the twentieth century, to a multipolar order contested by a number of global and regional powers.

The ‘regionalisation’ of conflict theatres has followed on from this, as rising powers seek to project influence across their regional neighbourhoods. Russia and Turkey are two such powers, intervening in numerous theatres of conflict across the Middle East, while the United States disengages.

The current violence around Nagorny Karabakh establishes the potential for the Armenian-Azerbaijani conflict to become one among a patchwork of theatres where Russia and Turkey are militarily engaged. Taken together, this patchwork constitutes a kind of continuum across which Moscow and Ankara can negotiate trade-offs and regulate their relations.

This prospect is symbolic of the wider crisis in multilateralist diplomacy, and the principles that have underpinned the decades-long mediation process led by the Minsk Group of the Organisation for Security and Co-operation in Europe.

Exasperation with this process is of course a key driver on the Azerbaijani side. This is also tied to misgivings that Minsk Group mediation, if successful, may very well end in the legal ratification of Nagorny Karabakh’s secession. Yet from Baku’s perspective, indefinite prolongation only allows the further embedding of Nagorny Karabakh within a common Armenian political and security space.

Baku’s gamble is whether the shift from multilateralism to multipolarity will yield significant results.

As of this writing, a brief engagement with outcomes decisive enough to allow climb-downs from the soaring rhetoric of Armenian and Azerbaijani leaders in recent days looks increasingly unlikely.

A more protracted conflict raises the scope for ‘proxification’. This is significant since one of the distinguishing features of the Armenian-Azerbaijani rivalry to date has been the inability of the parties to make their claims resonate with, and truly become proxies for, great power agendas. That may now change, but with uncertain outcomes.

For all its faults, the multilateral diplomacy of the OSCE was founded on a liberal conception of international order, allowing small states voice and veto. Regional powers exploiting neighbourhood conflicts are less accommodating. 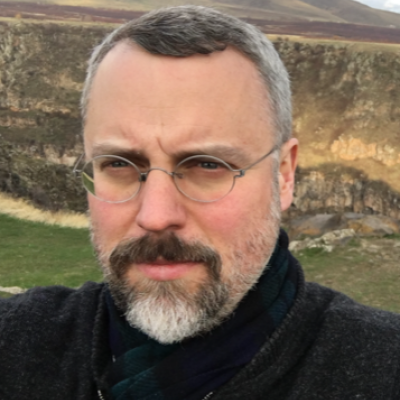 Laurence is the Caucasus programme director at Conciliation Resources, a London-based peacebuilding organisation and the author of several books on the region including Armenia and Azerbaijan: Anatomy of a Rivalry.