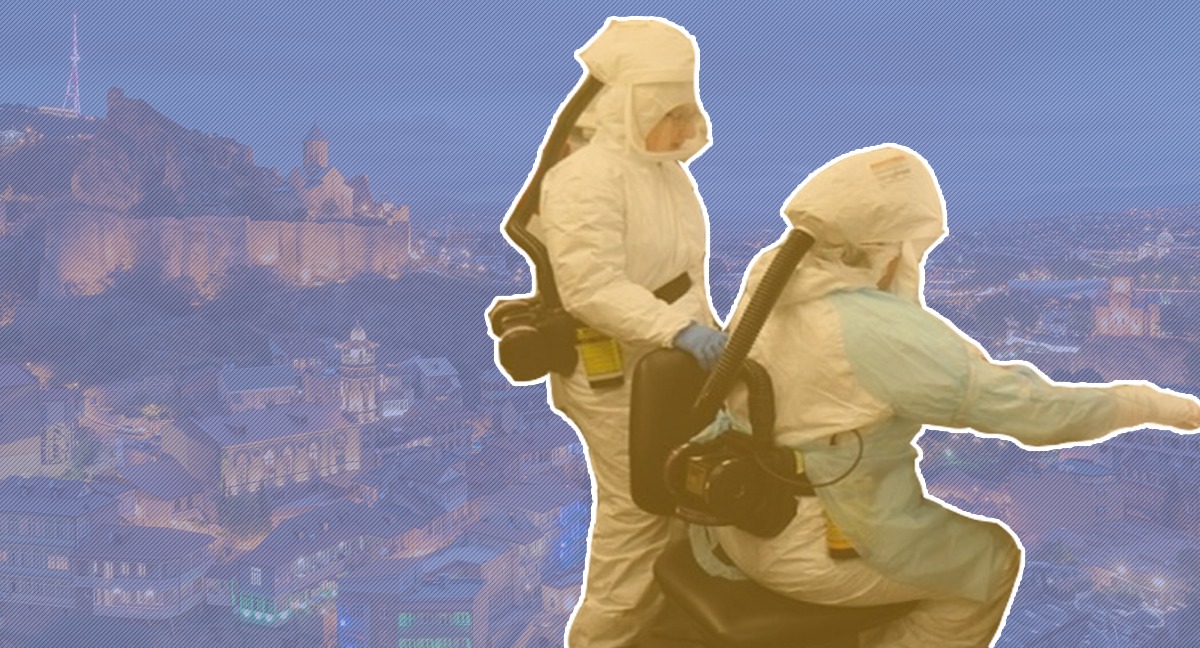 In Georgia, a conspiracy about the US-funded Richard Lugar Centre for Public Health Research in Tbilisi has recently gained traction. As CRRC-Georgia’s USAID-funded research shows, Georgia’s far-right groups eagerly picked up on this conspiracy and blamed the centre for the seasonal flu outbreak in early 2019.

The conspiracy has also acquired influential endorsers outside Georgia. Russia’s diplomatic and military circles were quick to accuse the centre of developing biological weapons and conducting secret experiments on human subjects.

Attitudes vary across socio-demographic groups. Women are slightly more likely than men to believe that the Lugar Centre spreads epidemics in Georgia. Respondents with a higher education are less likely to believe in the conspiracy.

Importantly, the way people perceive the Lugar Centre conspiracy is strongly associated with their geopolitical views. Those who believe that the Centre contributes to spreading epidemics are more likely to think that Georgia would benefit more from better relations with Russia. They are less likely to believe that Georgia would benefit more from membership in the European Union or NATO.

Georgians and Azerbaijanis who think the Lugar Centre conspiracy is true are also more likely to support abandoning Western integration projects at the expense of improving relationships with Russia.

Disbelief in the conspiracy is associated with positive feelings towards Western integration projects.

The most tempting explanation of what is described above would be accusing Russia of spreading propaganda. Considering how Russia’s state-run foreign-language media outlets weaponise conspiracy theories to manipulate foreign public opinion, this might indeed be a plausible explanation.

Although the study only establishes possible links between pro-Russian feelings and beliefs in the Russia-endorsed Lugar Centre conspiracy, further research is required to attest to whether the latter can actually change foreign policy attitudes.

What is more important is that the belief in a conspiracy or exposure to it can have negative consequences. Research shows that exposure to conspiracy theories undermines trust in institutions.

Right-wing populists often use conspiracies to propagate hatred towards minority groups. As conspiracies provide simple answers to complex questions, especially to those who are seeking one, hoaxes like the one surrounding the Lugar Centre can easily gain traction.

While beliefs in certain conspiracies can be reversed, there is no clear evidence that fact-checks and information corrections are always successful.

This matters in the Georgian context. Georgia’s far-right groups have already endorsed the Lugar conspiracy and their leaders seem to be attracted to others.

As beliefs in anti-Western conspiracies and one’s attitudes towards foreign policy show strong associations, the data might suggest that the Lugar Lab conspiracy, among others, could shift people’s attitudes.

While this requires further research, the data do suggest that communicating on the issue is important, and particularly among ethnic Armenian and Azerbaijani communities, given their higher prevalence of belief in the conspiracy and uncertainty over it, respectively.

David Sichinava is the Research Director at CRRC-Georgia. The views expressed in this article represent the views of the author alone and not of the National Democratic Institute (NDI), or East-West Management Institute’s ACCESS program.