According to a survey by CRRC Georgia, up to 59% of the Georgian public is not aware of the State Security Services leak of September 2021, while opinions are split along party lines as to whom the leaks benefit.

While the scandal was soon overshadowed by the clandestine arrival of Georgia’s former president, Mikheil Saakashvili, and his subsequent imprisonment, data from CRRC Georgia’s September omnibus survey shows that the majority of the country’s population did not know about these leaks.

The survey, which was conducted in the last weeks of September 2021, asked respondents whether they were aware that files belonging to the security services were leaked to the media. The majority, 59%, said no, only slightly more than a third (36%) reported they knew about the files, while 5% refrained from answering the question.

Older people, those with higher education, and respondents who use Facebook to receive information were more likely to be aware of these leaks. More importantly, opposition supporters are more likely to know about leaks (52%) than supporters of the Georgian Dream Party (33%), unaffiliated respondents (28%), or those who did not know or refrained from answering which party they supported (32%).

Similarly, more Georgians who trust pro-opposition TV channels to receive news on politics know about the leaks (52%) than those who trust pro-government stations (36%), do not trust any station (42%), trust other stations (19%), or do not watch television at all (18%).

Arguably, these discrepancies in awareness could stem from how Georgia’s TV stations cover news and whom the Georgian public trusts for their news. An earlier analysis showed that Georgians’ political sympathies are highly correlated with what television stations they follow to get news on politics. In the same vein, according to a media monitoring report from the Georgian Charter of Journalistic Ethics, Georgian stations were covering the leaks in a different manner and intensity, which might explain the discrepancy in the audience’s knowledge. While pro-government media talked about the leaks intermittently, opposition TV stations framed the story as breaking news.

A similar trend can be seen in the social media posts that Georgian TV channels shared on Facebook. According to Crowdtangle data, a social media listening tool, the share of Facebook posts that mentioned leaks constituted from 4.5% to 5.2% out of all Facebook posts shared in September 2021 on opposition outlets such as Kavkasia and Formula. Pro-government TV stations, such as Rustavi 2, Imedi, POSTV, and the Georgian Public Broadcaster were less likely to mention leaks in their Facebook posts.

Those aware of leaks feel ambivalent about whether or not they show authentic information. While some politicians and journalists have confirmed that the conversations described in the files took place, only 31% of the respondents who have heard of leaks believed in the authenticity of leaks. 41% could not answer whether or not the contents of leaked files reflected the truth, while 13% thought that the allegations described in leaks were inauthentic. About 15% said that they were not aware of the content of leaks, despite being aware of the leaks themselves.

Whose interests do leaks serve?

The Georgian Orthodox Church first blamed media for leaks and accused them of plotting an attack on the church. Public officials were quick to point the finger at the opposition. Georgia’s Prime Minister, Irakli Gharibashvili, while confirming the usage of wiretapping for ‘law enforcement reasons’, blamed Mikhail Saakashvili for undermining the authority of the Georgian Orthodox Church through leaks, as did the head of the SSG. Mamuka Mdinaradze, Georgian Dream’s parliament chair, alleged that the opposition was secretly planning to release another batch of wiretaps amidst the looming municipal elections.

Unlike Georgian Dream politicians, Georgians were largely ambivalent when asked about who benefitted from leaks. The majority (49%) of those aware of leaks were unsure whose interests the leaks served. About a quarter (25%) points at the opposition, while 16% felt they served the government. More opposition supporters (26%) said that leaks benefitted the government, while only 4% of those affiliated with the Georgian Dream agreed to it. Fewer mentioned that leaks benefitted particular individuals. Only 1% named Saakashvili, while 2% felt the Georgian media profited from the leaks.

Who bears the responsibility for the leaks?

For most Georgians who were aware of the leaks, the government bears responsibility (58%). Notably, the majority of opposition supporters (79%) and unaffiliated respondents (63%) put the blame on the government, with the plurality among the Georgian Dream supporters (43%) and those who do not know or refused to say their party affiliation (47%) shared the same opinion. Only a few named particular individuals (8%), the opposition (7%), or the media (4%). Still, a hefty 27% were undecided regarding who was responsible for the leaks.

Amidst official promises that law enforcement agencies were investigating leaks, some journalists were questioned, and the Prosecutor’s Office even visited several media outlets. Nonetheless, no official updates for the public have been made so far.

While wiretaps remain a powerful tool for Georgian authorities, many Georgians remain sceptical about whether or not the SSG should have this power. Three-quarters of those aware of the leaks said that the security services should not secretly listen to the government, public officials, or the opposition. About 80% believe that journalists and the clergy should not be targeted by the SSG for wiretapping, while 88% disagree that intelligence services should listen to ordinary citizens.

The leaks of SSG files stirred much noise in the Georgian media in the weeks leading to the 2021 municipal elections. Still, as data from CRRC Georgia’s omnibus survey shows, the knowledge of and attitudes towards leaks strongly correlate with Georgians’ consumption patterns of the country’s increasingly polarized media landscape. While leaks again confirmed the extent of wiretapping by the SSG, it seems that knowledge of this is confined to partisan echo chambers.

The views presented in the article are the authors alone and do not necessarily reflect the views of CRRC Georgia or any related entity. 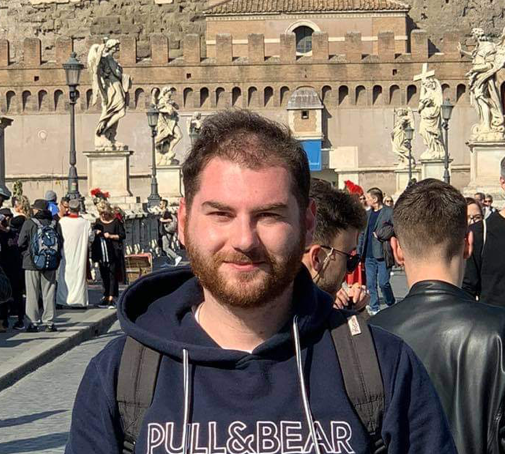