Drug users in Georgia spent over $1.5 million dollars online between February and August 2020, according to a new study into the darknet market, Matanga, conducted by CRRC Georgia.

When compared to similar online markets in Europe, this figure is substantial, exceeding monthly dark web drug revenue for Spain and Belgium combined.

How does it work?

Transactions take place through an elaborate process, beginning with a user interface familiar to any online shopper.

Users of Matanga can browse listings from their computer or mobile device, and make payments via the site, typically in bitcoin to maintain the anonymity of buyer and seller.

Drugs bought online are not delivered, but hidden for collection throughout major cities of Georgia. Once payment is complete, buyers are given GPS coordinates and must find their purchases concealed in public locations.

The study found that on an average day, substances worth approximately $35,000 are concealed throughout Tbilisi, Batumi, and Kutaisi, with around 90% of trade in the capital.

Why so much money?

The study estimates that around $250,000 is spent on drugs in Georgia via a single platform each month.

This figure substantially exceeds estimates for most European countries and would make Georgia one of the largest dark web drug markets in Europe.

So why is the online market so big? The answer, in part, comes down to prices and measurement. Drugs appear to cost much more online in Georgia than in Europe.

For example, a median gram of cocaine bought online in Georgia was sold at $200, compared to around $75 in Europe – over two and a half times the price.

Nonetheless, the size of the online drug market in Georgia is substantial by any measure and cannot be fully explained by the cost of drugs and methodological differences between studies.

Whilst the online trade in drugs in Georgia appears to be large, the country’s drug-taking population is small by European standards. This means sites such as Matanga may be much more important in Georgia than they are in Europe, where online markets are understood to represent a small fraction of overall trade.

This would be consistent with activity seen in Russia, where the darknet drug trade is also believed to exceed that of Europe by a large margin.

Why then do so many drug users in Georgia prefer to shop online? The answer may lie in Georgia’s approach to drug policy.

Despite recent cannabis liberalisation, Georgian law still mandates severe, long-term prison sentences for possession of small quantities of drugs. In this context, platforms which protect participants’ identities will be attractive.

Matanga allows buyers and sellers to trade anonymously, without ever needing to meet. Sellers do not even need to hide the drugs themselves and recruit couriers to further distance themselves from transactions.

In Europe, where markets are larger and penalties lower, online trade may be considered unnecessarily cumbersome by buyers and sellers. In Georgia, however, where both buyer and seller may face lengthy prison time for the smallest exchange, online markets may be becoming a normal part of doing business.

This article is part of a series on online markets for illicit drugs in Georgia, based on research conducted by CRRC Georgia. The full report can be found on the CRRC Georgia website with source code and data available on Github.

The views presented in this article represent the author’s alone and do not represent the views of CRRC Georgia or any related entity. 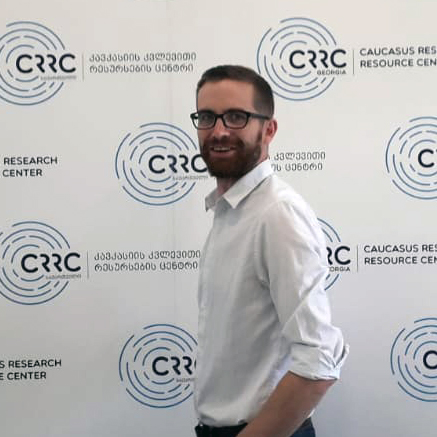