Data from the 2021 survey on Hate Speech, Hate Crime, and Discrimination in Georgia, suggests that people who know a non-heterosexual person are significantly more tolerant than those who do not.

Overall, according to the survey —  which CRRC Georgia conducted for the Council of Europe —  8% of the public reported knowing an LGBT person, and 87% reported they did not. A further 5% were uncertain, and 1% refused to answer.

The data shows young people are significantly more likely to know an LGBT person. So are people in Tbilisi, wealthier people, people who are employed, and those with a higher socio-economic status. Women are slightly more likely to report knowing an LGBT person than men. Ethnic minorities, those with different levels of education, IDPs, and people with children in their household are no more or less likely to report knowing an LGBT person than ethnic Georgians, non-IDPs, and those without children in their households. 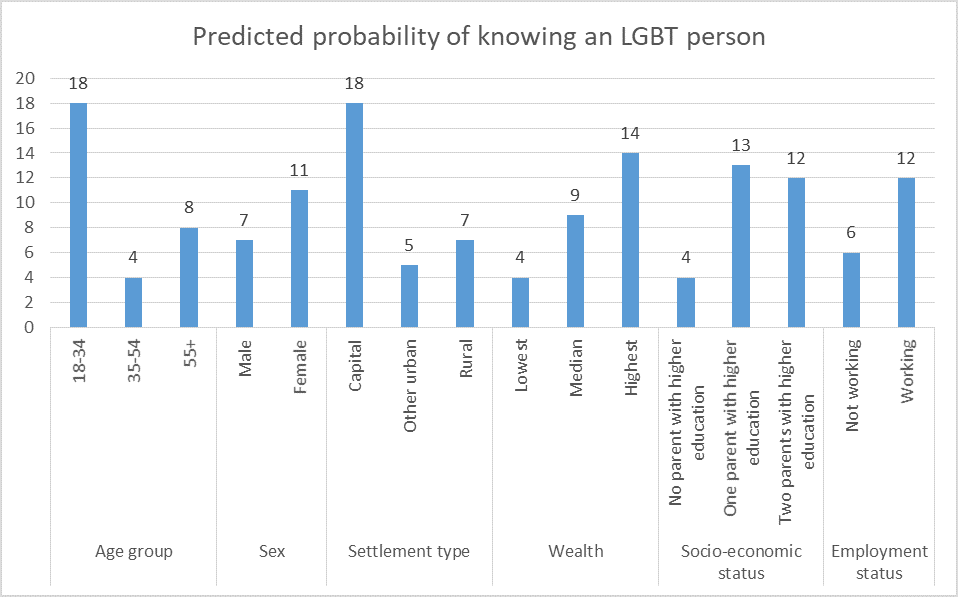 The analysis shows that people who know LGBT people are significantly more tolerant.

The effect of knowing someone who is not a heterosexual varies significantly with a number of social and demographic characteristics with regard to approval of doing business and approval of having an LGBT neighbour. However, it does not vary with regard to views on the importance of protecting the rights of LGBT people.

With regard to acceptance of doing business, the effect of knowing someone varies by age, settlement, wealth, socio-economic background, and whether or not a person lives in a household with children.

The data also indicates that there is no effect in rural areas, while there are substantively large effects in urban areas.

The more education a person has, the greater the effect of knowing an LGBT person on their attitudes.

The effect of knowing someone is substantial if both of the respondent’s parents had higher education. In contrast, people with one or no parents with higher education experience little effect from knowing an LGBT person. 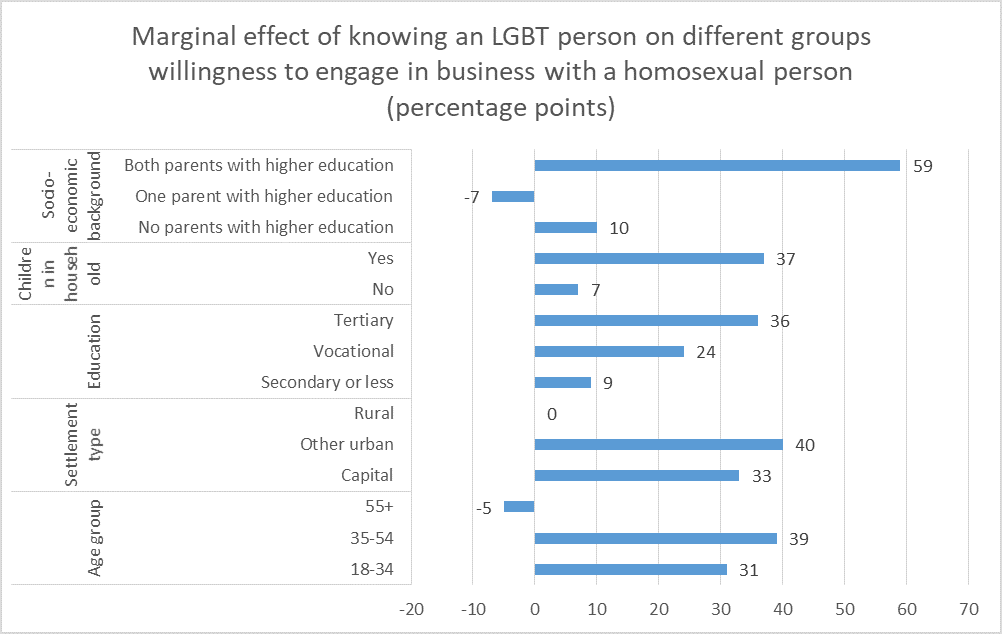 The size of the effect of knowing an LGBT person on willingness to live next to an LGBT person also varies with an individual’s sex, the settlement type they live in, their education level, whether or not they are an IDP, and their socio-economic status. 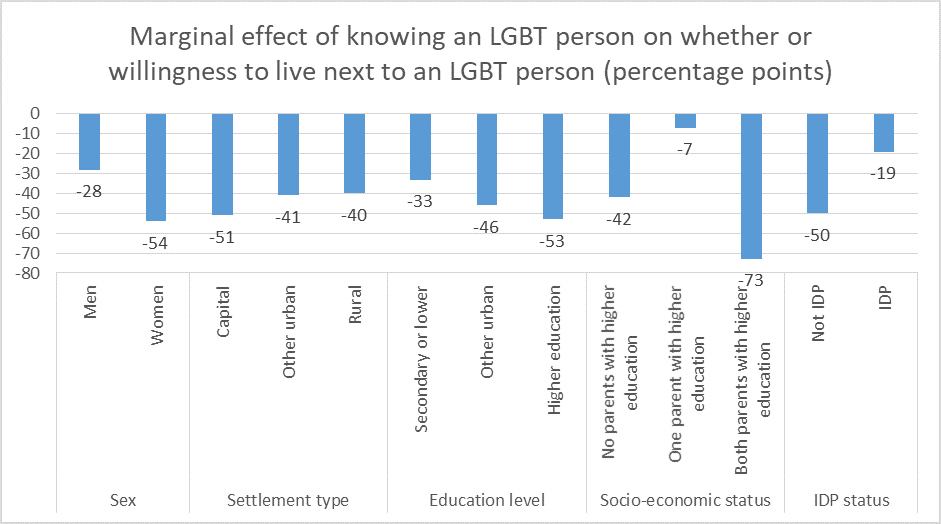 In contrast to the willingness to do business with and to live next to an LGBT person, there were no significant variations in the size of the effect of knowing an LGBT person on different social and economic groups.

The above data calls for further research. While on average there are statistically significant and substantially large effects of knowing an LGBT person on average, the effects vary significantly between groups. People living in wealthy households and from relatively better-off backgrounds appear to respond strongest to knowing an LGBT person. Other groups also experience substantial impacts from meeting LGBT people. However, these tend to be relatively small. Future research should aim to understand the causal mechanism by which these impacts could take place.