Regional identities (and stereotypes) are a prominent part of Georgian culture; Rachans are ‘slow’, and Gurians ‘talk fast’. While these stereotypes are just that, one question which is very much underexplored is what share of people identify with each regional heritage.

Tbilisi is a melting pot of Georgia’s regional identities, with no clear understanding of which regional identity predominates. As one colleague regularly asks his students —  ‘what’s a Tbilisian last name?’

New data from CRRC Georgia’s omnibus survey demonstrates the point that while there are indeed many Megrelians in Tbilisi, there are more Imeretians. It also suggests that though a third of the country lives in Tbilisi, only a small minority consider themselves to be from Tbilisi.

The survey asked respondents: ‘From which region of Georgia do you trace your origins?’ Responses to the question show the diversity of Georgia.

In addition to naming foreign countries, respondents named 25 different locales, as shown on the chart below. A number of patterns stand out.

For Mtskheta-Mtianeti in particular, the data is interesting in that people identify with their specific mountain region (Pshavi, Khevi, Khevsureti, or Tusheti) rather than the contemporary territory. Similarly, some identify with Hereti (a historical region of modern-day eastern Georgia and northern Azerbaijan) rather than Kakheti. 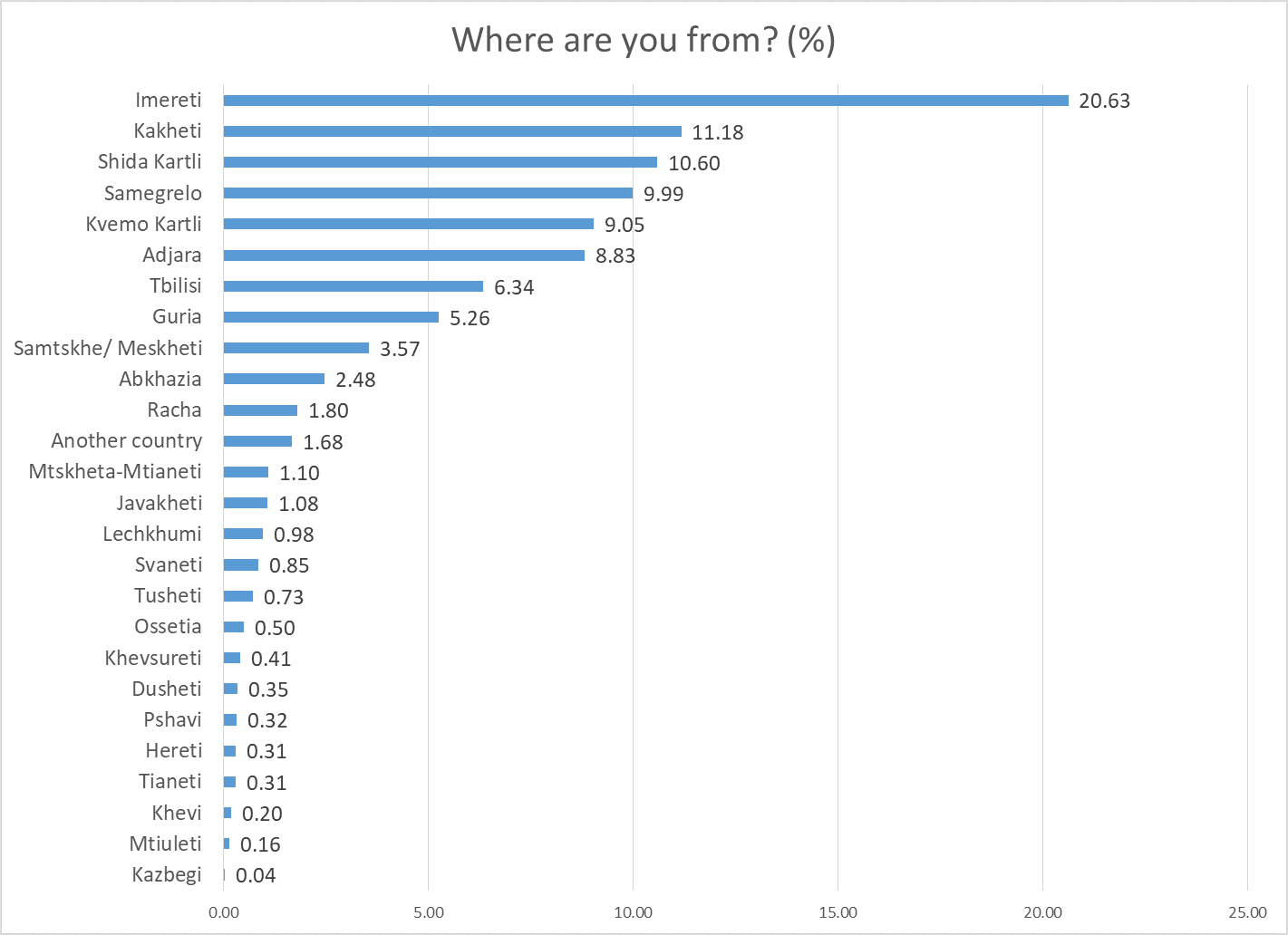 Note: The data on the above chart is not accurate down to the second decimal place. It is shown for the purposes of demonstrating the diversity of Georgian identities.

Aside from the above, it is abundantly clear that only a small share of Tbilisians identify their roots in Tbilisi. While 6% of the public identifies as a Tbilisian, 29% of the country’s adult population lives in the capital according to the 2014 census, which the data is weighted to.

When the survey data is broken down to look at Tbilisi alone, it suggests that one in five (21%) in Tbilisi consider themselves Tbilisians. Imeretians are the next most common at 17%, followed by Shida Kartlians, Kakhetians, and Megrelians.

If people from Abkhazia, many of whom are also Megrelians, are taken together, then Megrelians would make up 13% of the capital’s population. This would make Megrelian the third most common regional identity in the capital.

Similarly, Kakhetians would make up 12% of the capital’s population if Kakhetian were combined with Heretian. 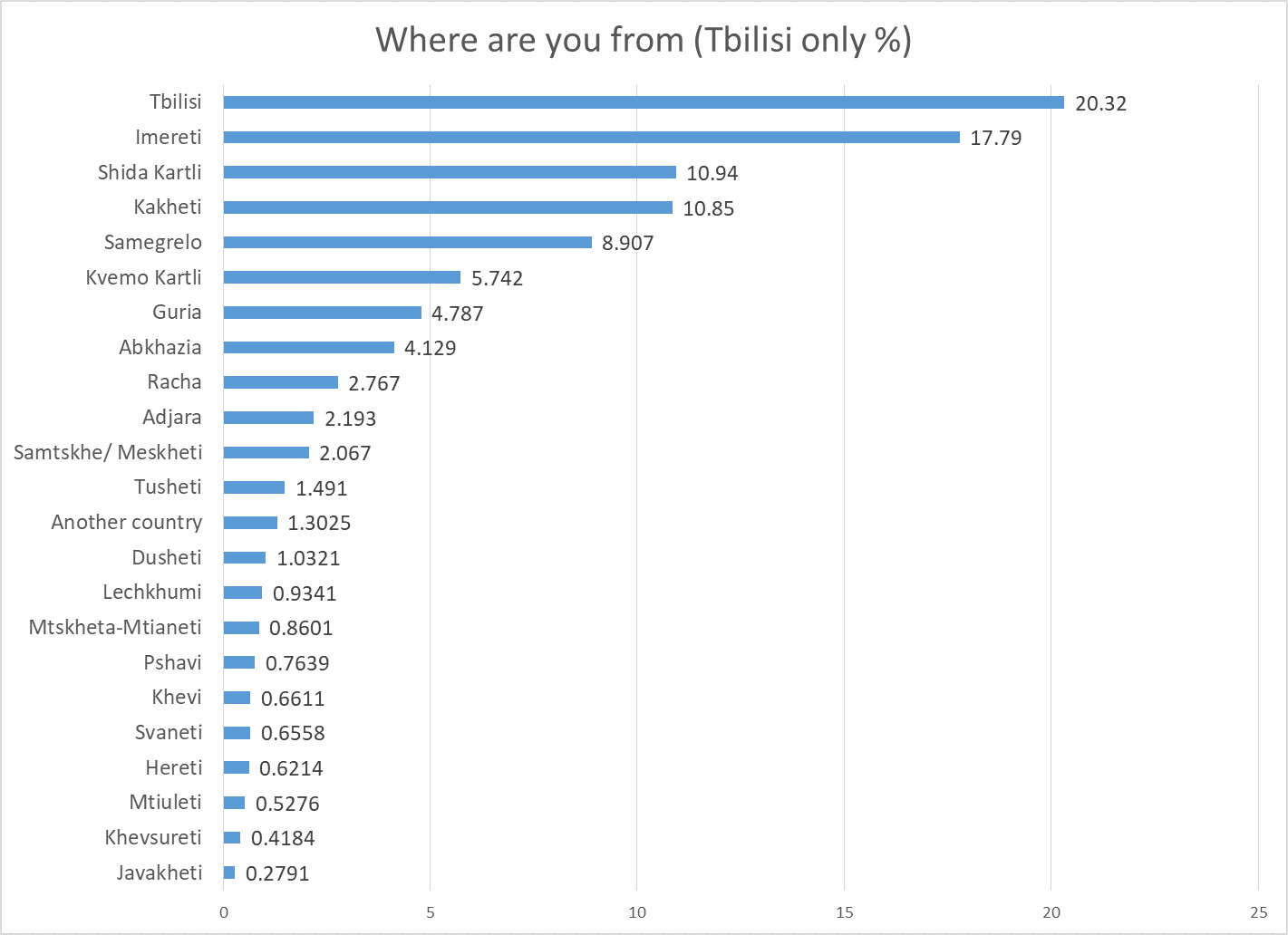 The above data demonstrates the internal diversity of Georgia’s regional identities, which often do not fully correspond to Georgia’s contemporary regional boundaries. Perhaps most notably, even though a plurality of the country lives in Tbilisi, few identify with the city itself.

The data used in the above post are available here. The views expressed in the article do not reflect the views of CRRC Georgia or any related entity.