Azerbaijan’s list of banned names for newborn babies is supposed to protect children from ‘ridicule, revulsion, and humiliation’. But with names like ‘Talysh’ and those commonly used by Russian speakers included on the list, many suspect the true purpose of the country’s naming policies is ethnic discrimination.

‘It made me feel insulted’, Ali Nazarov, a resident of Baku of Talysh origins says of the decision 5 years ago to ban the name ‘Talysh’ for newborns in Azerbaijan. ‘Is there even anybody in Azerbaijan who names their child Talysh?!’ he asks.

‘The name was put on a list of names that were deemed to arouse ridicule, revulsion, and humiliation […] The list didn’t contain the names of any other nations, there was only the name “Talysh”.’

‘I wonder what led that commission to decide that the name “Talysh” shouldn’t be given to children. Who took part in those discussions and on what basis did they make the decision?’

‘There is only one reason that comes to my mind — ethnic hatred’, he concludes.

As he speaks, Nazarov becomes restless, raising his voice, before going on to recall several stories of discrimination against Talysh people.

Nazarov says he was also aggravated by the silence he witnessed from civil society. ‘Nobody raised their voice about this issue apart from Talysh people themselves.’

The list of banned names was first created in 2015 and is drafted by the Commission of Terminology, which operates alongside the Cabinet of Ministers.

The Commission claims that it only bans names that arouse ridicule and humiliation. However, it does not provide any explanation as to why specific names are chosen.

Commission chair Sayali Sadigova made her first public comments on the matter in 2015 on Xezer TV.

‘Why shouldn’t children be given the name Pyotr?’

Last October, the Commission again caused a stir after banning a series of names such as Sofu, Saida, Ezel, and Rina — names that are popular among Azerbaijan’s Russian speakers.

The Commission also included several religious names such as ‘Gulfallah’ and ‘Aliyanvaliyullah’ on the list.

Following pushback over the decision, the head of the Commission of Terminology, Sayali Sadigova, put the motives behind the ban plainly.

‘If you are an Azerbaijani citizen, then you simply cannot call your child Pyotr or Pavel. We cannot bring Russian names to our country’, she said in an interview with Oxu.Az.

In an appearance in September 2019 on the ‘Sabaha Sakhlamayag’ programme on Public Broadcasting Television, she made another comment imbued with nationalistic sentiments:

‘A people’s history is reflected through its names. When parents choose names for their children, they must remind themselves that the child is Azerbaijani and must have an Azerbaijani name. Names must reflect the identity of the Azerbaijani people.’

Atakhan Abilov, a lawyer and human rights activist of Talysh descent says the government was showing its discriminatory approach.

‘If the Azerbaijani government’s institutions weren’t run in a mafia-like way then members of the Commission would resign after taking such discriminatory decisions and making discriminatory statements’, Abilov told OC Media.

‘There are many sensitive details in this matter that reveal the intention of the government. Banning the name of one nation and not that of others’ is not simply wrong, it is something worse. The Azerbaijani government is revealing its discrimination towards the Talysh ethnic minority’.

‘The prohibition of a number of Russian names is also absurd. First of all, every nation should be allowed to name their child in accordance with their own culture.’

‘In the European Union, the main criteria that are followed regarding naming children are conformity to gender and prevention of harm to a child’s development’, Mammadbayli tells OC Media.

‘A few years ago, far-right groups in Germany voiced their opposition to the name Muhammad. This is completely unacceptable. It is considered inappropriate. So why can’t children [here] be named Pyotr?’

‘The list is contradictory to the essence of the law’

Lawyer Ruslan Aliyev asserts that the state does have the right to regulate names by prohibiting ‘ridiculous names’ and requiring names to conform to a child’s sex. This, he says can be done with the aim of protecting people’s individual and human rights.

‘The law sees this as a necessity for the physical and mental development of a child since they are obliged to carry their name until adulthood’, Aliyev told OC Media.

But, Aliyev says that Azerbaijan’s list of banned names contradicts the law.

‘There is a certain logic behind the list, which is based on research and expert opinion. However, this logic must be grounded in people’s common experiences. For instance, if a person grows up to find their name to be ridiculous and wants to change it, and if there are reasons that prove that their name arouses ridicule, then such names can be included in the list of banned names.’

‘A list of names considered to arouse ridicule according to research conducted by linguists, sociologists and psychologists can be shown to the public as recommendations. However, in this case, it is not incumbent on state institutions to refer to that list. It should not carry with it any obligatory power.’

Aliyev also points out that the law negatively affects some queer people.

‘Individuals who change their sex are subject to serious problems when it comes to changing their names to conform to their new gender. If a man sees themselves as a woman then they would find it difficult to change their name’, he says.

Seymur Nazarov, a resident of Baku, has also faced this problem. They say that even though they applied to the Azerbaijan Service and Assessment Network (ASAN) to change their name, they are met with rejection:

‘I informed them that I would like to change my name to “Lili”. First of all, I was met with a sexist and harsh response. They said that this is a woman’s name. They told me that this is a name for a wife.’ Seymur then retorted, saying that they are not anybody’s wife.

‘They later stated that they cannot confirm the name change as the proposed name is for females.’

They have applied to a lawyer and are expecting a solution, despite the legal challenges.

Surnames have not escaped the government’s gaze

There is a widely held public belief that the orders regarding the banning of names come from the President’s Office.

One of the first people to publicly discuss the issue was Ali Hasanov, the former director of the Department of State Control at the Presidential Office, in a bizarre interview with the Trend news agency in 2010.

‘I propose that all surnames in Azerbaijan should have the “az” ending’, Hasanov said.

‘It would be best if Azerbaijani surnames ended in “az”. “Az” is both the country’s internet domain and the first syllable of the people’s and country’s name.’

Ruslan Aliyev asserts that surnames have not avoided the issue since then. ‘The state does recommend a number of surname endings’, he says.

He says that if the government were to draft a list of banned surnames, ‘it would represent a significant legal infringement’.

‘The problem here is that citizens are not permitted to choose surnames other than those mentioned in the list. Several indigenous peoples in the country are prevented from doing this.’

‘Although this is only a list of recommendations, the state should nevertheless take an inclusive approach. In other words, such a list should represent the surname endings of all ethnic groups in the country.’

‘For instance, the Talysh people have the “i” ending and the Udi people have the ‘ian’ ending. Such traditional surname endings should also be incorporated into the list. This is of significant importance to international law.’

He also criticised Azerbaijan’s refusal to join the UN Declaration on the Rights of Indigenous Peoples.

Nevertheless, he says Azerbaijan is still legally obligated to ‘protect the identities of minorities’ as a signatory of the Council of Europe’s Convention for the Protection of National Minorities.

‘An integral part of identity is the surname given at birth’, he says.

‘As Udi people have surnames endings similar to those of Armenians, they are unable to use them.’

‘One should also take into account the Armenians of Karabakh. The Karabakh conflict is only one of the many conflicts around the world, and this is not a reason to restrict the rights of Udi or Armenian citizens of Azerbaijan.’

Aliyev considers the absence of these peoples’ surnames on the list of recommended surnames to be a manifestation of discrimination and an infringement of the law.

This article was co-written by Leon Aslanov. 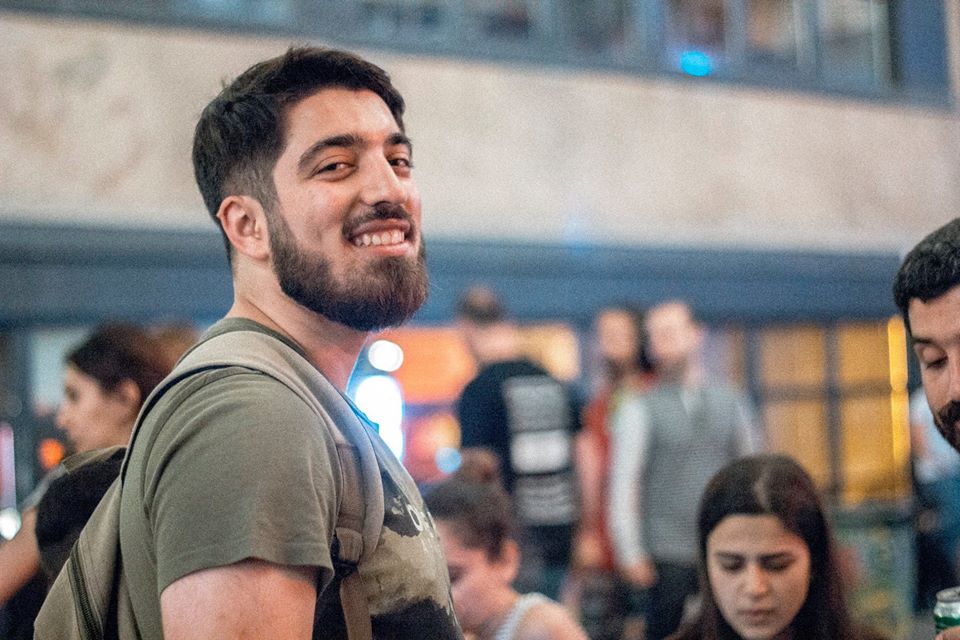