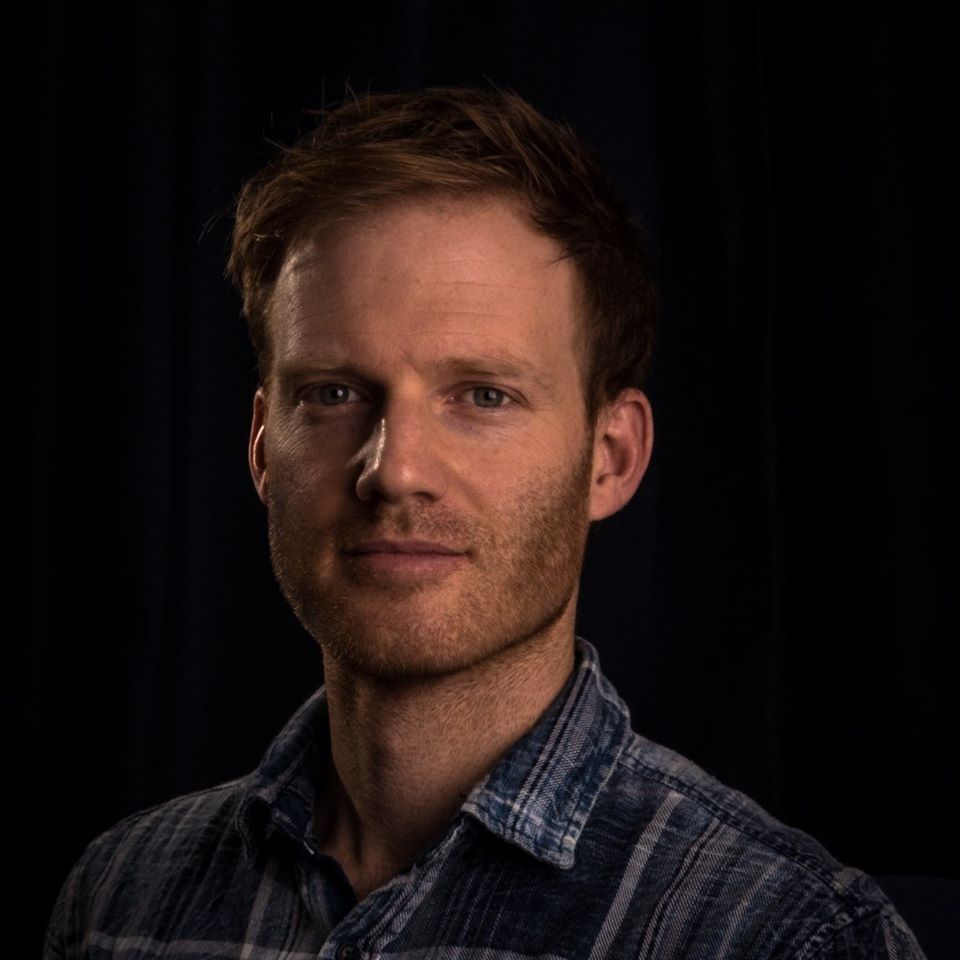 Ian is a South African photojournalist specialising in documentary photography. He is fascinated with recording the idiosyncrasies of human behaviour, whether they are held in subtle gestures, compelling forms and lines or glaring paradoxes. His photographs have been exhibited in London, Rome, Bologna, Tbilisi, Cape Town, and Kathmandu, and his editorial publications include GQ, BBC News, and The Sunday Independent. His work can be viewed at: ianmcnaughtdavis.com.

In the mountain village of Barisakho, in Georgia’s northern, historical Khevsureti region, children at the local school have nowhere to practice sports.

Seconds after a teacher opens the window of the staff room of Barisakho Public School to clang the school bell for a break, the 54 children that comprise the entire rush outside to play football, dodgeball, basketball and badminton.

While these sports are played with great enthusiasm at this central school in Khevsureti, none of them can boast satisfactory equipment or facilities. The football field is a scant stretch of gravel, the basketball hoops have been weathered by harsh winters and the badminton racquets must be shared amongst dozens of eager students.

Playing sport is essential to the development of the children, explains Lela Arabuli, the director of Barisakho Public School. ‘Khevsur kids are very fit and full of energy. That’s why I agreed to have a wrestling club in the school. They need to spend their energy doing something beneficial for their physical and mental development.’

Arabuli refers to the infamous fight in Khorava Street in Tbilisi where two year 11 pupils were stabbed to death.

‘In an era of an epidemic of bullying in Georgian schools, it's crucial to direct our children’s energy into something productive. I think this is one of the reasons why the Ministry of Education is going to require schools to increase sports hours from three to five hours a week from next year.’

Like many men in Barisakho, Davit Kerauli works in securing the country’s borders. He volunteers his services as a coach of wrestling and judo.

‘It's been three years since we opened the judo club in the school’, he says. ‘We didn't have anything in the beginning, just bare floors. We fixed up the room using whatever resources we had.’

‘Of course this is not a real sports space with showers and equipment that meets the required standards for judo; this is just a room where we have the opportunity to practice,’ says Kerauli.

‘With all the problems and complications here, we can’t be expect a real sports space so I’d rather work with what we have.’

One of Davit Kerauli’s wishes is to have transport to and from judo wrestling competitions outside of Barisakho so the students could watch them.

Kerauli also runs a bigger wrestling club in Zhinvali, to the south. ‘I can already see these two school clubs wrestling each other. It would be so good for their motivation. I just don't have a place or transportation resources to organise the competitions.’

Put to the sword

Ramaz Giorgadze, a volunteer fencing coach from Tbilisi, knows the importance of sport in a child’s development. ‘Fencing is essential for improving hand-eye coordination and depth perception’, he says.

‘It helps their ability to make quick decisions — they need to evaluate situations and make decisions based on body language.’

A former fencing champion and former president of Georgia’s Fencing Federation, Giorgadze wants to start a fencing base in Khevsureti at Barisakho Public School.

He plans to drive 100 kilometres from Tbilisi every Wednesday to coach fencing for the students. ‘Unless the services are volunteered, this fencing club will never happen,’ he says.

His dream is to have a sports complex in Barisakho — one with a kitchen and accommodation facilities, he says. ‘It will be really beneficial to the community. It would also solve the lack of space problem for other sports clubs here too.’

A shortage of space

‘I agreed on opening a fencing club in our school,’ says school director Lela Arabuli. ‘Since we don’t have the luxury of a space where we can host sports clubs, fencing practices too have to take place in one of our classrooms. That too is against the regulations. But I agreed to create this opportunity for Khevsur students.’

‘When I spoke to Ramaz Giorgadze, I asked him why they were interested in Barisakho School in particular. He reminded me that Khevsurs are historically known to be good at swordsmanship; it's in our DNA. I can't deny this opportunity to my students and because of the lack of space and facilities; I had to open a fencing club in our school building.’

The issue of land ownership has thwarted Lela Arabuli’s plans to build a proper football field and basketball court.

Several NGOs and government ministries have proposed to fix up facilities in Khevsureti but on the conditions that they own the land and buildings that they would operate in, while several abandoned buildings could be renovated and rented.

Arabuli fears that in giving away land to the Ministry of Education or Ministry of Economics, there will be no timeline or concrete plans as to when the constructions will be finished. She worries that in giving the land away, the children will be without the small sports fields they already have.

Back in the staffroom, Nino Arabuli — a teacher who is raising her two orphaned grandsons — huddles around a crackling wood stove that is warding off the whiffs of an impending icy winter set to smother the mountains of Khevsureti. When asked where the children will play their sports in winter, she stares out of the frosted windowpane and says, wryly, ‘In the winter, chess is our sport.’

This article was prepared with support from the Friedrich-Ebert-Stiftung (FES) Regional Office in the South Caucasus. All opinions expressed are the author’s alone, and do not necessarily reflect the views of FES.

The open-air bazaars of Tbilisi began with the collapse of the Soviet Union in the early 1990s; they remain a vital lifeline for many.

In pictures | Rustavi: The city of factories

Rustavi’s factories have led to ‘alarming’ levels of air pollution in the city — local activists, backed by the city council, are getting fed up. 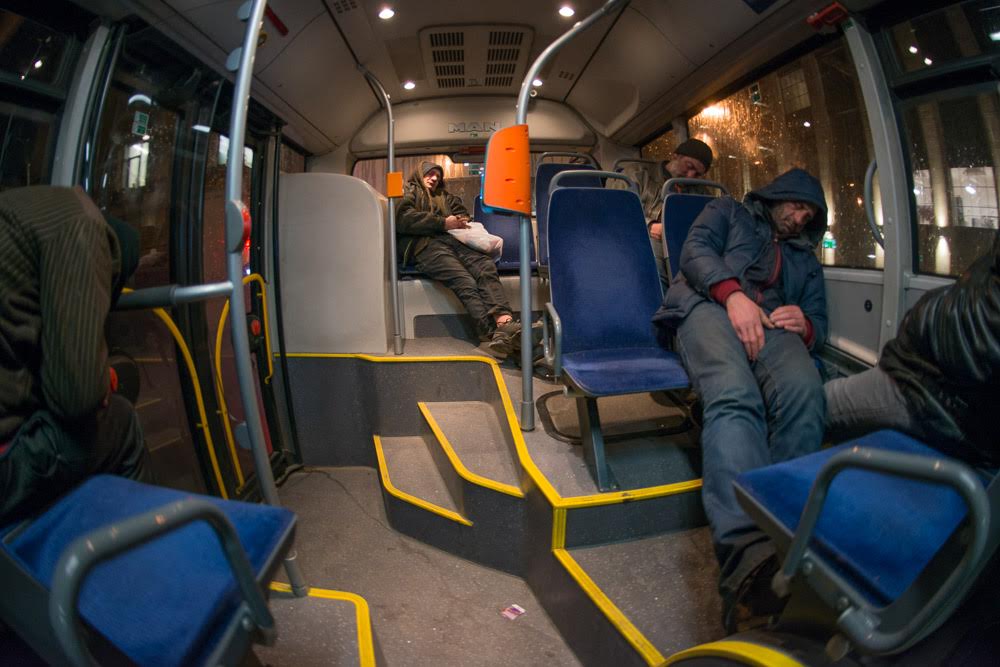 In pictures | Tbilisi’s night bus — a shelter on wheels

Tbilisi introduced a night bus two years ago between the city centre and the airport. Now, it serves as overnight accommodation for the homeless.