The leaking of people’s intimate videos are used not only as a tool of political repression in Azerbaijan, but have become a weapon of everyday misogyny and queerphobia in the country.  The government is not only incapable of dealing with the issue, it is complicit.

The repeated leaks of sex tapes and other private materials over the past year have rocked Azerbaijani society. Although the Azerbaijani Constitution states that everyone has the right of confidentiality when it comes to their private and family life, recent events prove that, in practice, this is far from the case, and that the law does nothing to stop this.

Nor are such gross violations of privacy limited to politicians, activists, and members of the opposition. Every day people are also at regular risk of having their most private moments published online.

When victims lodge a complaint, the relevant district prosecutor's office is obliged to investigate this complaint to the best of their ability.

If the state fails to address such complaints and this shortcoming based on unwillingness of prosecution to find violators or non-justified procedural violations, then state authorities are violating the rights of its citizens under the European Convention on Human Rights, of which Azerbaijan is a signatory.

The prevalence of such cases, however, does make it appear that the Prosecutor's Office of Azerbaijan is not carrying out its legal duty towards Azerbaijanis. Additionally, the fact members of the opposition are so often targeted, suggests that state authorities are complicit in these crimes.

In most cases, the pattern is the same. The government targets women either because of their political work, or to damage the reputation of male relatives. After the leak, law enforcement drag their feet on the investigation and fail to secure evidence, and otherwise carry out an incompetent investigation.

State's have a negative obligation under Article 8 that does not allow them to interfere with other's personal life unlawfully. However, installing cameras, state-owned telephone lines, having activist' accounts cyber attacked and publicly shaming them using trolls, using male spies to have sexual intercourse with female activists and filming, and at the end, deliberately delaying the investigation proves the government's interference with private life and violating its negative obligations.

Other leaks follow a similar pattern, even if not all of them have gone to the ECHR. Personal information or images are leaked either shortly after or before protests, publications, or other acts of defiance to the authorities. In this way, the authorities not only attempt to punish and silence the opposition but also create a chilling effect for others who want to express their political views freely.

Even if it is difficult or impossible to prove a direct culpability of state authorities in the creation of such materials and the leaking of them, it still remains a fact that the government has a duty to effectively investigate and prosecute such cases — which they have repeatedly failed to do.

In 2021, the situation has become even more dire. In the course of one week this winter, three different sex tapes featuring opposition figures or their relatives were shared on Telegram, and sex tapes in general seem be a mainstay of Telegram channels which seek to use such footage to maintain popularity.

It is widely believed that police officers are either admins of the telegram channels or Instagram pages or indirectly have control over the channels.

Except for the investigation of cases in which intimate images are leaked, where the Azerbaijani authorities feign incompetence, the government appears to be very competent. They have managed to rally armies of Facebook trolls, ban websites, and take down the internet.

If we take their claims at face-value, it seems the only thing the mighty Azerbaijani state cannot do is investigate Instagram or Telegram accounts. 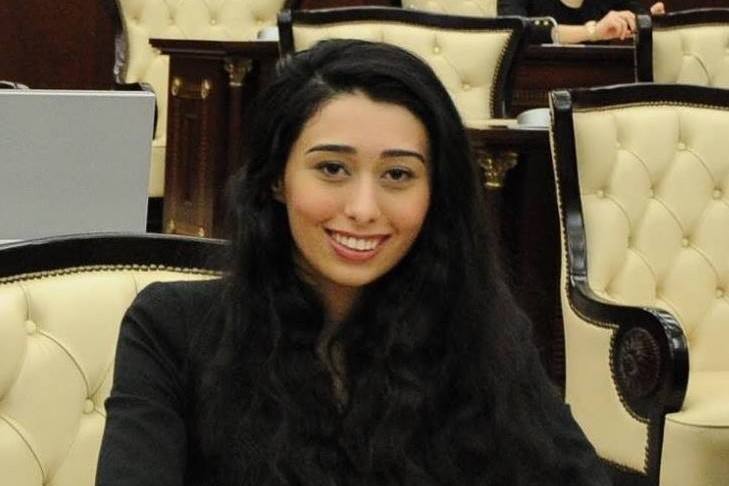 Zhala is a Human Rights Lawyer based in Baku, Azerbaijan.