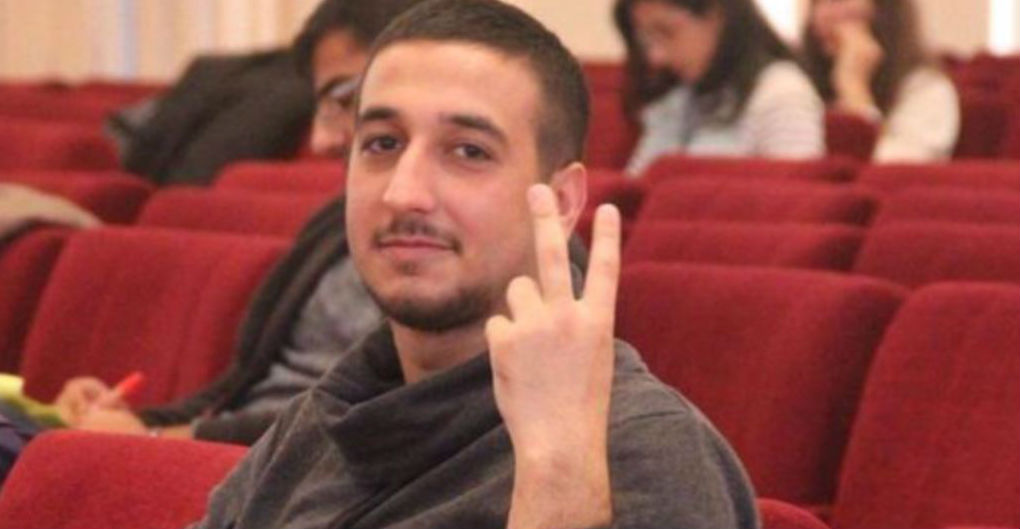 Bayram Mammadov, who was widely recognised as a political prisoner before being released two weeks ago in a presidential amnesty, has been re-arrested in Azerbaijan.

On 30 March, Mammadov was charged with resisting police and sentenced to 30 days in jail by the Sabunchu District Court.

His father told the BBC’s Azerbaijani service that he did not know the exact reason for his son’s arrest. ‘It's said he allegedly scolded a policeman… And they gave him 30 days’, he said.

Mammadov, along with fellow activist Giyas Ibrahimov, was first detained in May 2016 and sentenced to 10 years in prison on charges of drug trafficking. Both claimed that they had been arrested for writing an anti-government slogan on a monument of the late President Heydar Aliyev, the father of the current president.

Mammadov is not the only one released in the amnesty to have faced issues with the authorities since being released on 16 March.

Ilkin Rustamzada,  a member of pro-democracy youth movement N!DA, reported encountering problems in obtaining an identity card. On 29 March, police detained Elgiz Gahraman, another member of N!DA, claiming they were searching his car for weapons.

In an interview published by the Turan Information Agency the day before his re-arrest, Mammadov spoke out about his imprisonment and made clear he intended to continue his political activism.

‘Even had I known that what I would go through would be even worse, I would still have gone to the monument without fear. Only I would have tried to do even more than I did’, Mammadov said.

Mammadov’s arrest just 13 days after his release led to much debate in local media and online, with several local activists linking this, and pressure on other former prisoners, to the president Ilham Aliyev’s absence from the country in recent days. There has been speculation that there are elements within the authorities attempting to overshadow what they see as positive steps from the president.

Political analyst Azer Rashidoghlu called the moves sabotage. He said it was unlikely Mammadov’s arrest was connected to an interview, as when he ordered him to be freed, Aliyev would have known he would not retreat from his position.

‘Bayram Mammadov’s recent arrest is contrary to the philosophy of the president’s softening policy’, Rashidoghlu told OC Media. ‘Those who re-arrested [him] are sending the president a message that no pardon order or decree is of any importance — they govern the political processes in the country’, he said.

‘This step is in no way compatible with Ilham Aliyev’s new course. In this regard, I consider this issue sabotage against the president’.

Political analyst Nasimi Mammadli told OC Media that the government's aggressive policy of pressure took it away from any peaceful political measures.

‘The authorities want to create the image of a tolerant approach to critical voices. On the other hand, the government can not abandon its traditional policy of pressure’.

Mammadli said that it was impossible to reform an environment in which closed governance dominated.

‘In non-free countries, only one interest is superior: The specific interests and benefits of the authorities. If the government is still able to continue, why would it change the existing system?’

Mammadli added that the authorities had taken some positive steps lately, but that ‘in all cases, the country's opposition, civil society, and the media do not accept this process as reform’. He also claimed that as there was no participation in the process, it could not be called reform.

Vahid Ahmadov, an independent MP and deputy chair of parliament’s Committee on Economic Policy told local media that the president had been involved in serious political, economic, and institutional reforms, including personnel reform for several months. He also said that the implementation of these reforms was not easy.

‘I am very sorry that some forces in Azerbaijan want to overshadow or even prevent the reforms carried out by the president. I also understand those people. They have accumulated enough wealth for a long time and want to keep that wealth. But I believe that the president is a motivated politician and will achieve the goals he has set’, Ahmadov said.