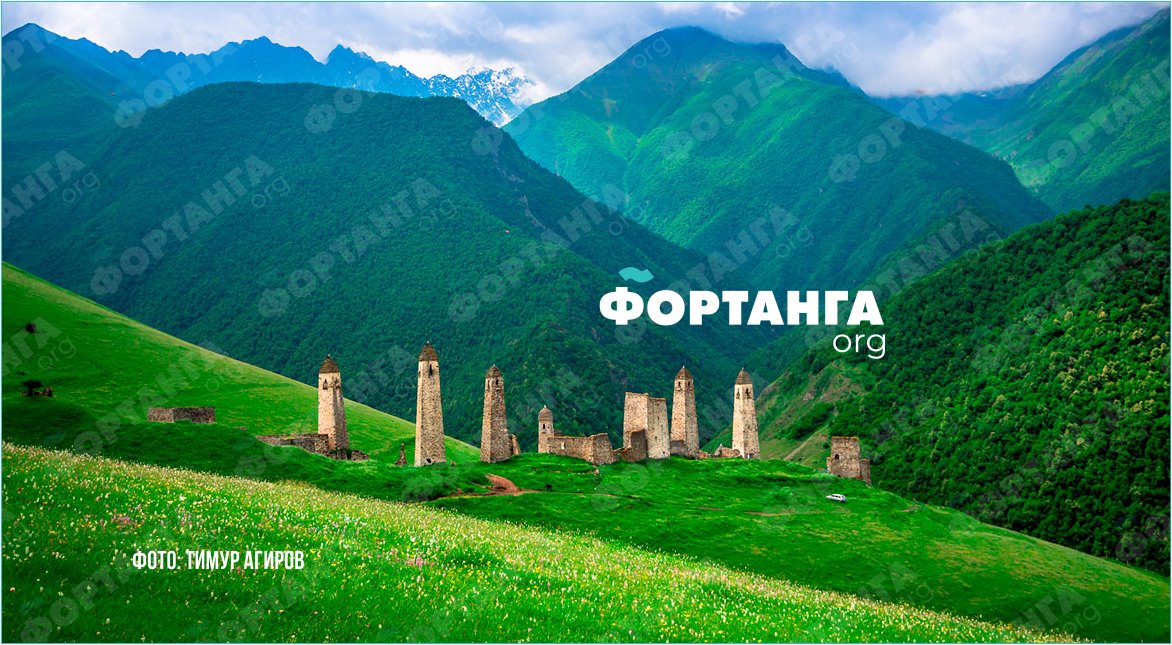 The Russian communications regulator, Roskomnadzor, has blocked Ingush news site Fortanga. The move came as one of the site’s journalists and an activist against Ingushetia’s land swap with Chechnya were remanded into two months of pre-trial detention.

Fortanga, set up in the wake of mass unrest in the republic over a land deal with Chechnya, has been highly critical of the Ingush authorities.

On Sunday, Fortanga announced that users attempting to access the site from Russia were being redirected to a message informing them the site had been blocked.

Fortanga’s founder, Akhmed Buzurtanov, told OC Media that Roskomnadzor had not informed the site’s owners about their decision. He said that they were now taking legal action to attempt to overturn the decision.

Roskomnadzor told OC Media that they had sent email notifications to the site’s hosting provider and owner.

They said they had included Fortanga on the list of prohibited sites at the request of the Ministry of Internal Affairs of central Russia’s Tula Oblast.

According to Roskomnadzor, Fortanga contained ‘material that is included on the Federal List of Extremist Materials’, that was added to the list by the Bataysk City Court of the Rostov Region in 2013.

According to Buzurtanov, the banned material in question was not hosted on Fortanga but was posted on social media by an account with the same name.

According to Buzurtanov, the site being blocked had not greatly affected their viewership. ‘The majority of the readers use the site’s satellites in social networks and on instant messengers’, he said.

He added that the blockage affected only Russian users who were used to reading news from the webpage and were not familiar with VPN technology.

Rashid Maysigov, a journalist from Fortanga, was arrested on 12 July charged with drug trafficking on a large scale. The authorities claimed to have found him in possession of 3 grammes of an illegal substance.

Maysigov faces up to ten years in prison if convicted.

On Tuesday, the Magas Court remanded him into two months of pre-trial detention.

In a separate case, the Nalchik City Court remanded activist Zarifa Sautiyeva, who also wrote for Fortanga, into two months of pre-trial detention on Monday. Sautiyeva was detained the same day as Maysigov.

Sautiyeva participated in an unauthorised rally on 27 March in Magas, the capital of Ingushetia, which led to a clash with police and the arrest of 40 activists. She was fined ₽20,000 ($320) for attending the protest.

According to Ruslan Mutsolgov, the head of the Ingush branch of liberal opposition party Yabloko, 32 people have been criminally charged over the rally. He added that 290 people were given administrative detention.

Sautiyeva’s lawyer, Bilan Dzugayev, told OC Media that she had been charged with leading an illegal organisation and using violence against the authorities.

Dzugayev said that in Sautiyeva’s bail hearings, investigators presented several statements made by Sautiyeva during a rally in which it was clear that ‘she just photographed and commented on what was happening’.

‘You can hear that she shouts “Don’t throw chairs!”, that is, she called for order and asked people not to break the law. It was during a clash with the National Guard on the morning of 27 March’, Dzugayev said.

‘We explained to the court that the translations of some of my client’s phrases from Ingush into Russian presented by the investigation were false. However, the court refused to examine the translation’, he added.

He also said that Sautiyeva had reported receiving threats from unidentified people through social networks.

According to Dzugayev, Sautiyeva’s detention has caused outrage online in Ingushetia as she is the first woman to be charged over the protests.

‘We have such a mentality that if a man is imprisoned, well, such is the fate of a man — to die or to go to prison for a just cause. But when it happens to a woman who, as everyone knows, didn’t do anything illegal, it caused shock, anger, rage’, he said.

Appeals to the new head

The families of those arrested in the wake of the March rally have appealed to the acting head of Ingushetia, Makhmud-Ali Kalimatov, with a request to ‘stop illegal criminal prosecutions’. Kalimatov has so far refrained from commenting.

The arrests of Maysigov and Sautiyeva came less than three weeks after Kalimatov was appointed acting head. He replaced Yunus-Bek Yevkurov, who stepped down as head of Ingushetia following months of unprecedented street protests.

Protests errupted after Yevkurov signed a land deal with his Chechen counterpart, Ramzan Kadyrov, according to which Ingushetia handed about 9% of its territory to its eastern neighbour.

Magomed Mutsolgov, the head of Ingush human rights organisation Mashr, said that popular outrage in the republic would resume if activists were not released in the near future.

Mutsolgov told OC Media that he expected Kalimatov to ‘stop the repressions’ and to release ‘everyone who is under arrest in the protest case’.

‘I believe that those who [fabricated cases at the direction of Yevkurov] should be punished. But it is necessary to release the people now without any negotiations. Kalimatov must show that he came in order to achieve justice’.

Mutsolgov said he believed that Kalimatov should restore direct elections for the head of Ingushetia.

‘He is now the acting head. His official appointment through parliament is planned for 8 September. He must publicly refuse in order to be not appointed, but elected’.

Mutsolgov said that there were 30,000–100,000 people at previous protests and that situation could recur.

On Tuesday, activists in Ingushetia submitted an application to the regional government office for a rally of 10,000 people in the centre of Magas. According to the organisers, it will last for several days, from 26 July to 1 August.

According to the organisers, the purpose of the rally is to secure the release of those arrested for participating in the rally in Magas on 26–27 March.

The widely unpopular land deal with Chechnya, which handed around 340 square kilometres to Chechnya, was signed by Yevkurov and his Chechen counterpart Ramzan Kadyrov in September 2018.

In October, MPs from Ingushetia’s regional parliament, the People’s Assembly, approved the deal 17-4 in a secret ballot. Following the vote, a number of MPs claimed it had been falsified, insisting they had voted against the deal.

The Supreme Court of Ingushetia ruled at the end of October that the border deal violated Ingushetia’s constitution, as a referendum was required in order to adopt it.

However, Russia’s Supreme Court overruled the court in December, in proceedings boycotted by the head of the Ingush constitutional court, Ayup Gagiyev, who insisted that the federal court had no jurisdiction over its decisions.

Protests re-erupted in late March after the Ingush authorities attempted to change the Law on Referenda on which the Supreme Court’s ruling rested.

The authorities responded by banning further protests, firing the republic’s interior minister, and disbanding a local police unit, after reports they sided with protesters against units of the Russian National Guard.