Far-right group the March of Georgians attacked three journalists from Rustavi 2 on Monday afternoon in Tbilisi. The attack was in response to an on-air joke by anchor Giorgi Gabunia about former Georgian Prime Minister, billionaire Bidzina Ivanishvili, his tree-collecting hobby, and Jesus Christ.

The Interior Ministry said they had arrested six people for hooliganism after the incident, and have launched an investigation into the attack.

At around 16:30 Monday afternoon, dozens of members of the far-right group encircled Gabunia’s car, abused him verbally, and tried to break the windows of his car. Gabunia, who anchors a major TV programme at Rustavi 2, was unable to enter the broadcaster’s studio in Tbilisi for 15 minutes, reports said.

[Read on OC Media: Analysis | Who was in and who was out in Tbilisi’s far-right March of Georgians]

Rustavi 2 said in a statement that two other journalists, Davit Eradze and Davit Kakulia, were beaten up. Eradze was taken to a hospital with minor injuries.

The group was demanding an apology from Gabunia, claiming his monologue on air the previous night ‘insulted their religious feelings’.

During his weekly Sunday show, P.S, Gabunia joked that Jesus Christ made a ‘big mistake’ when he went to Israel two thousand years ago, and should have instead come to Adjara, western Georgia, ‘two or three years’ from now, as he ‘could not have been crucified’. The reason for this, Gabunia went on, was that there will be no tree left to make a cross. ‘By that time, all the trees would have been transplanted by Bidzina’, Gabunia said.

The anchor was referring to former Prime Minister Bidzina Ivanishvili, who has controversially transplanted several ancient and rare trees from across the country, especially Adjara, to his private arboretum in Ureki. Ivanishvili is accused by many of still exerting influence over Georgian politics.

Calls for an investigation

At a press conference on Monday evening, Rustavi 2’s general director, Nika Gvaramia, said the incident was ‘a criminal offence’, and called for an investigation.

He added that Rustavi 2 had reprimanded Gabunia for his comments, and said ‘he should abstain from such statements’. Gvaramia apologised to ‘every believer whose [religious] feelings were insulted’, but added that he did not consider the March of Georgians to be believers.

The Charter of Journalistic Ethics, along with GYLA, Transparency International — Georgia, and the Institute for Development of Freedom of Information, demanded a prompt investigation into the incident. They called on the authorities to ‘ensure a safe environment for media activities in the country’.

The March of Georgians, a group of mostly xenophobic, homophobic, and Islamophobic men, have held rallies against immigration and western-funded NGOs since their establishment in 2017.

They had claimed to have formed a ‘national patrol’ last month, to monitor areas popular among tourists. The Interior Ministry said in January that ‘any attempts to conduct police activities will be deemed a violation of the law’, and vowed a strict response. While the group claimed to have begun such patrols, the police have said they have not confirmed any of such cases. 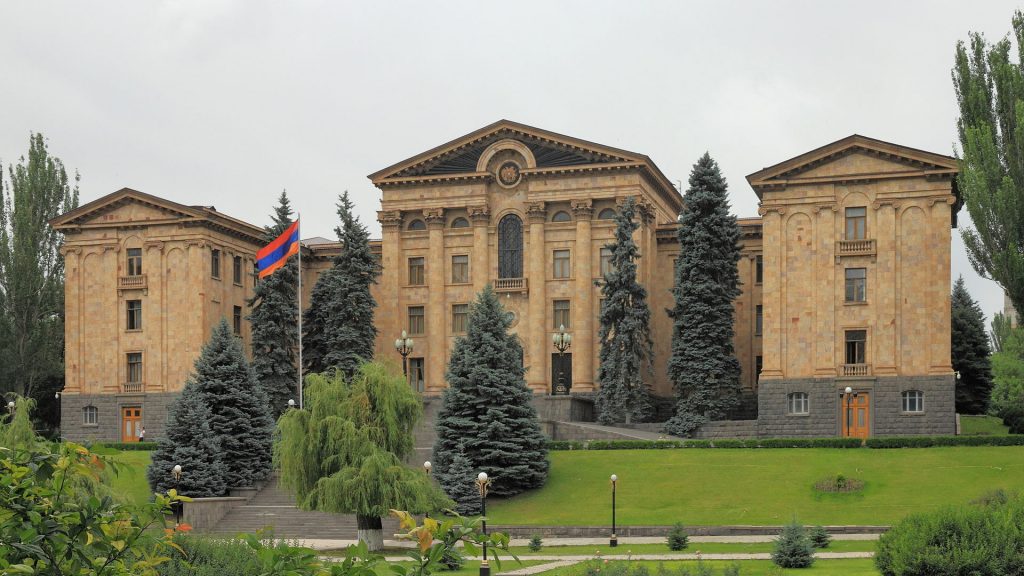