Aziz Bagishov, the Deputy Head of the Main Public Security Department at the Interior Ministry, told public broadcaster Ictimai TV that patrols and police units will use electronic devices to monitor the movement of every citizen in Azerbaijan.

‘Those citizens who are stopped by police squads on the streets, each time say they went out to throw rubbish away. To stop this, the movement of citizens will be controlled by police officers using electronic devices’, he said.

According to him, before leaving their houses, people should call or SMS a government hotline and name the reason for leaving.

He said that this information would be sent to each police officer, and when stopping a person in the street, police officers would use a tablet to check if the person was authorised to leave home or not.

‘A citizen will even have to inform us about leaving [their homes] to go to the pharmacy or grocery store’, he said.

One-hundred-and-forty Azerbaijani citizens are stranded in the southern Magaramkent District of Daghestan due to the border closure because of the coronavirus.

‘Old people and children were assigned to a hotel; the rest in a mosque for the night’, Alibek Aliyev, the deputy head of the anti-corruption Department of Daghestan told OC Media.

‘The Magaramkent District Administration brought food to them’, he added.

According to Aliyev, the body of an Azerbaijani citizen was also previously stuck on the Russian side of the border.

The head of Kabardino-Balkaria, Kazbek Kokov, has allocated additional funding to provide bonuses to medical staff treating the coronavirus.

According to the office of Yury Chaika, Russsian Presidential Plenipotentiary Envoy to the North Caucasus Federal District, there are 6,112 people in self-isolation throughout the region, including those who returned from abroad.

So far, the republics of Karachay-Cherkessia and Ingushetia are among only ten Russian federal subjects to have been spared from the spread of the coronavirus.

In the face of over 3,500 nationwide confirmed cases including 771 new today, Russian President Vladimir Putin has prolonged the holidays announced on 30 March until 30 April.

Putin added that he was giving regional heads additional powers to take preventive measures by the end of the week.

According to Davit Narmania, the Head of Georgian National Energy and Water Supply Regulatory Commission, people with ‘high social responsibility’ will soon be able to opt-out of a new state utilities relief programme.

Narmania said a new platform would soon be launched which would allow people to check their eligibility for utilities subsidies. He said the platform would include a tool to allow those able to opt-out.

The government announced they would cover the utility bills for those consuming less than 200 kW of electricity and less than 200 cubic metres of gas for 3 months on 1 April.

A number of people have expressed a wish to opt-out of the scheme and continue to pay their bills.

Georgian Dream’s Executive Secretary, former parliamentary speaker Irakli Kobakhidze, has announced that the ruling party’s 93 MPs and members of the government cabinet are to donate a third of their salaries for the next three months to a fund to tackle the coronavirus pandemic.

‘This is an act of solidarity from us’, said Kobakhidze and added that a total of 105 people from parliament and the government would donate. He said he expected more people to follow in their footsteps. 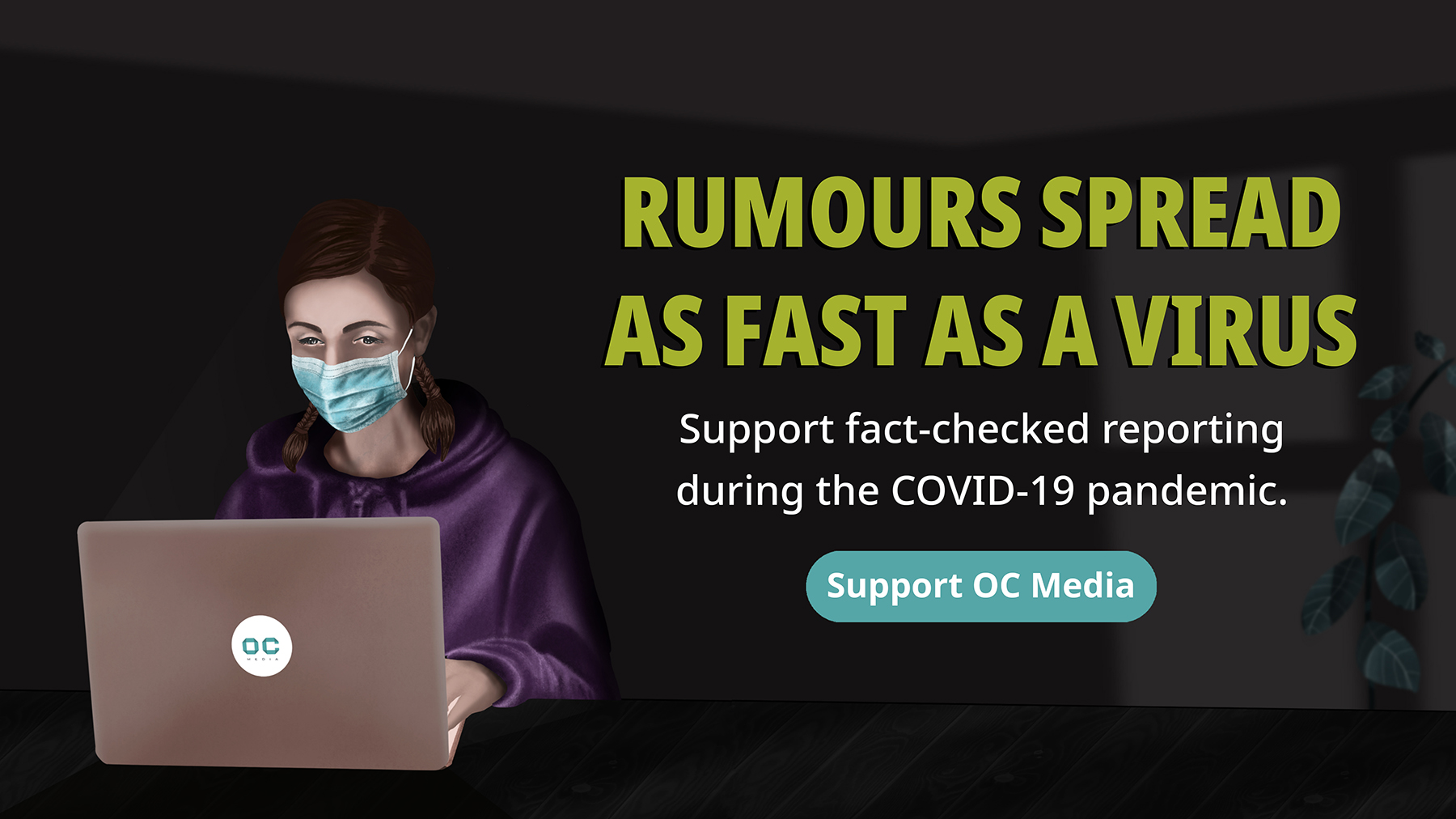 During these difficult times, our team is working seven days a week to bring the latest fact-checked information about COVID-19 throughout the Caucasus to you and the region’s Russian-speaking audiences. But we need your help to continue.

Please consider supporting us with a single-time payment — or better yet — a subscription, at: oc-media.org/support_us.

Ibrahim Mammadov, the chief spokesperson for the Cabinet of Ministers, has announced that passes will be issued for people to allow them to leave their homes.

‘Since the passes are not yet ready, we are not providing further information about them. The passes will specify the rules and control mechanism according to which citizens can leave their homes’, he said, adding that they would be ready very soon.

Yagut Garayeva, head of the department for disease control and prevention at the Association for Management of Medical Territorial Subdivisions of Azerbaijan, has announced that cases of COVID-19 have been confirmed in all regions of Azerbaijan.

According to her, in places where infected people visited, dozens of others became infected.

Georgian Health Minister Ekaterine Tikaradze has confirmed that a mobile app to warn users of specific coronavirus risks is being tested.

She said it would be useful for medical authorities to track down and break the chain of infections.

Tikaradze did not go into details but yesterday, Deputy Minister Tamar Gabunia told Georgian news agency IPN that the app would inform users of any possible ‘close contact’ with an infected person.

The materials for production have already been imported into the country, he said.

Several regions of the North Caucasus have taken measures to assist low-income people and pensioners deal with the effects of the coronavirus.

In Adygea, regional head Murat Kumpilov allocated ₽5 million ($64,000) to purchase packages of 15 types of food and hygiene products, which will be distributed by 600 volunteers.

In Karachay-Cherkessia, 1,670 low-income families and pensioners will receive packages of essential goods, the press service of the head of the republic reports.

In North Ossetia, a number of supermarkets have allocated separate shelves with free bread for low-income people, according to Region Online.

The Armenian Health Ministry has reported a jump of 92 confirmed cases of coronavirus infection this morning, reaching a total of 633.

Thirty-three people have recovered (2 of them recently) and four have died, the latest yesterday.

According to official numbers, 2,940 have tested negative.

According to Health Minister Arsen Torosyan, considering the growth in numbers of infected individuals, they have repurposed the Surb Grigor Lusavorich Medical Center in the capital Yerevan, the largest hospital in Armenia, for coronavirus patients only.

According to the Daghestani branch of the Federal Service for Surveillance on Consumer Rights Protection and Human Wellbeing, Rospotrebnadzor, there are now 25 confirmed cases of coronavirus in the republic. Rospotrebnadzor also said that 20 acts of non-compliance with quarantine had been identified.

All mosques and synagogues have been closed and personal transport has also been banned.

Nineteen vehicles will spray the streets of Grozny with chlorinated water on a daily basis, the city hall of Grozny has said. Pavements, building entrances, and houses will be disinfected. 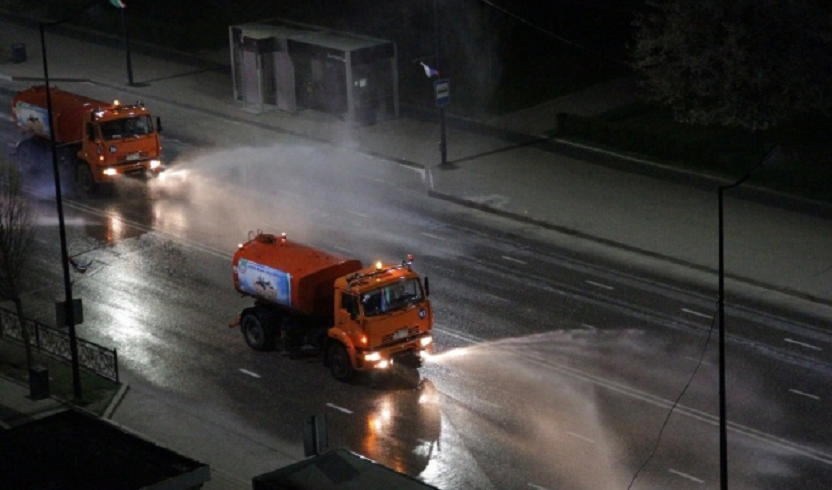 Food assistance packages will also be distributed to 33,000 families in the republic from the Regional Public Fund of Akhmat-Hadji Kadyrov. A package reportedly includes 3 kilogrammes of tomatoes and 3 loaves of bread.

Russian conscripts from the North Caucasus called up

Russia has not cancelled the Spring call for conscripts into the armed forces. Recruits from the Southern and North-Caucasian federal districts who were called to the Southern Military District will undergo a two-week quarantine before starting service, Regnum reports.

During this period they will be trained and eat separately from the rest of the military. In addition, recruits will be under constant surveillance and their temperatures will be checked at least four times a day.

The head of Karachay-Cherkessia, Rashid Temrezov, has allocated 10 cars for the volunteers assisting pensioners in the republic, RIA Novosti reports.

Last night, the Georgian Orthodox Church released an appeal by Church head Patriarch Ilia II to parishioners recommending they stay outside churches during mass keeping distance from each other.

He said that limited numbers could gather inside the larger cathedrals while also keeping a distance between each other.

He promised that the elderly, ‘physically weak’, and others ‘cautious about the virus’ who wished to stay at home would be visited by a priest if wanted.

In the same statement, Ilia II added that ‘it is impossible to close the door of a church and it will remain open for those who want to visit it’.

The statement also did not include any reference to using shared spoons during the Holy Communion — a controversial religious practice amid fears of coronavirus transmission — indicating no plans to change it.

So far, it remains unclear how the Church plans to celebrate Easter on 19 April under the curfew. Traditionally, services are held from evening to early the next morning.

Yesterday, Georgian Interior Minister Vakhtang Gomelauri said they were still in talks with the Patriarchate over this matter.

[Read on OC Media: Opinion | The conflict between Church and state during a pandemic endangers us all]

A village in Bolnisi Municipality has been quarantined in a bid to prevent coronavirus spread.

According to municipal officials, police checkpoints have been set up around the border of the village and local residents are prohibited from leaving.

The move came at the recommendations of health officials.

So far, three cases of coronavirus infection have been identified in Bolnisi Municipality.

Bolnisi and the neighbouring Marneuli Municipality were themselves quarantined and cut off from the rest of the country on 23 March.

Welcome to OC Media’s coronavirus live updates for Thursday, 2 April. We will be bringing you the latest news on the COVID-19 pandemic from around the Caucasus.

The government of  Georgia will fully cover utility bills for those consuming less than 200 kW of electricity and less than 200 cubic metres of gas. According to Georgian Prime Minister Giorgi Gakharia, water and cleaning fees will also be fully covered.

The relief will concern utility charges in March, April and May.

In Chechnya, the first patient with coronavirus has died. The deceased is a woman born in 1938, who arrived in the republic from Moscow.

Armenia’s State Commission on the State of Emergency introduced stricter restrictions on movement that will come into force starting at midnight tonight and will last until 13 April.

All public transport both within and between municipalities will be shut down, with the exception of trains. Taxis will still be permitted to work. Those who continue to go to work are now required to carry a special form filled in by their employer.