As the harvest season comes to an end, farmers in Akhalkalaki are dissatisfied — they complain that frost followed by drought have led to disappointing yields.

The harvest is nearing its end in the southern Georgian town of Akhalkalaki. The  Ministry of Agriculture’s Akhalkalaki Information and Consulting Centre has not yet published data on this year’s harvest, as the season is not yet over, but expectations are low because of the dry summer. 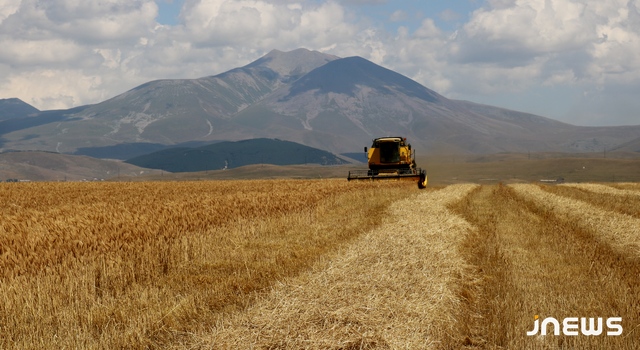 Local farmer Ovik Muradyan links this year’s low yield of cereals to autumn frosts. Having himself sown ten hectares of wheat and oats, he says that the autumn frosts affected the yield of winter crops. The spring yield, however, is usually weaker, he adds.

‘On top of this, dry weather has meant that wheat has not grown normally or ripened. Grains need watering, but there has been no rain for a month and a half’, Muradyan told JNews.

In Akhalkalaki, wheat and oats are mainly used as fodder for livestock. A small amount is taken directly from the fields to the west Georgian town of Zugdidi to be sold to the mills. The wheat sells for 50 tetri ($0.2)  per kg, and barley for 45 tetri. 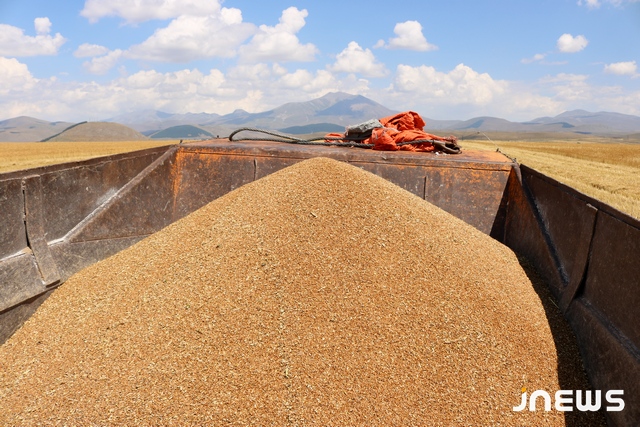 ‘We do not have cattle, we lease land from the village of Kulikam, paying in grains. If there is a surplus, then we sell it. If we harvest 3.5–4 tonnes of crops from 1 hectare it is a good yield. But this year we harvested barely 1.5–2 tonnes per hectare — a very low yield’, Muradyan said.

Last year, he planted a new variety of wheat called sebastia, and harvested around 5 tonnes of wheat per hectare. This year, because of the frost, the same variety gave a low yield. 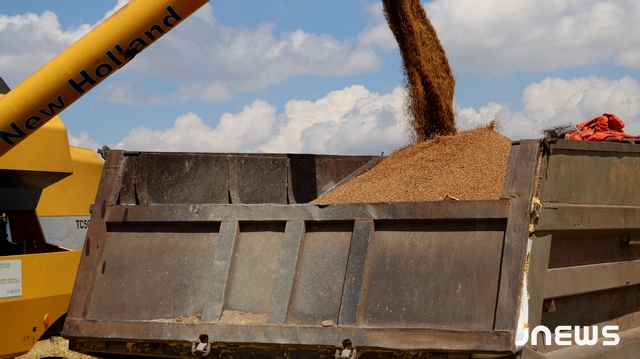 Ramaz Gogoladze, head of the Akhalkalaki Information and Consulting Center, also shares the views of agronomists.

‘The barley harvest is almost finished, so as of now we can only give preliminary information; exact numbers will be available in a month. To date, the average yield of cereals is ensured. Barley sells for 40–45 tetri ($0.16-$0.18) per kg, and is mainly sold on the spot, while wheat is sown for personal use, like making flour, while some is bought by mills. Sometimes our farmers do not sell because of the low prices, and instead stock up on barley. They are not selling wheat just yet, the price is about 50–55 tetri ($0.2-$0.22) per kg. There is no problem with selling grain crops in our region’, Gogoladze told JNews.

Both the Ministry of Agriculture and farmers say that there are no technical problems with processing crops in Akhalkalaki. There are a sufficient number of combine harvesters and tractors in the region, with harvesting costing ₾150 ($60) per hectare. 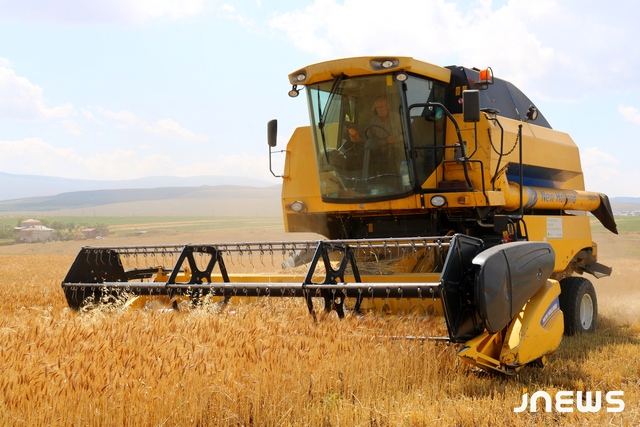 The article is a partner post written by Agunik Aivazyan. The original version first appeared on JNews, on 31 August 2017.