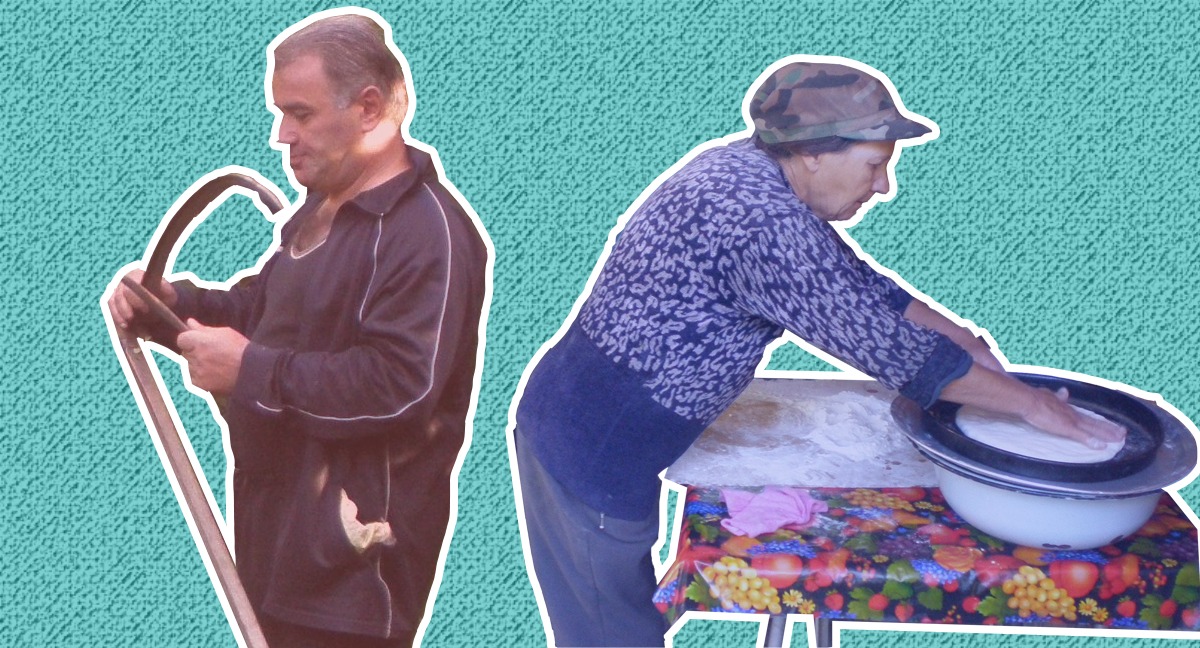 According to data from a UN Women survey, men and women in Armenia and Georgia have different perceptions of the amount of work they are doing.

In Armenia and Georgia, traditional gender roles continue to define the division of labour within families. Although a few tasks are within men’s domain and a few others are more or less equally shared, for the most part, women hold the primary responsibility for household duties.

However, men and women also have different perceptions of how much work each are doing: data from a UN Women survey on women’s economic activity and engagement in the informal labour market suggests that men tend to overestimate their own household contributions relative to women’s.

Men tend to have fewer household duties. Among the long list of household tasks asked about, ‘Repairing things around the household’ is the only activity for which men are primarily responsible. Grocery shopping is the only household activity with a distribution perceived to be near-equal. The only other task where there is a relatively higher number of shared responsibilities is related to ‘Taking care of other family members’, although the task is still mostly performed by women. These percentages are similar across Armenia and Georgia.

However, men and women also have different perceptions of how household labour is split— and the data suggests that men tend to overestimate the relative share of their contributions. Across a wide range of household tasks, men are more likely than women to report that duties are shared equally. Women, on the other hand, are more likely to report that tasks are their responsibility. This gap is larger in Georgia, where men report more involvement in household labour than in Armenia.

This is not unique to Armenia and Georgia: it’s consistent with trends from other contexts showing that even when both parents work outside the home and aspire towards an equal division of household labour, in practice, women usually still end up doing more. Surveys from the US show that although men are doing more in the house than ever before, they still do not do as much housework or childcare as their partners. Despite this, men are more likely to say that duties are shared equally.

Indeed, in Armenia and Georgia, when asked about the actual time people spent on tasks, women were likely to report higher average hours for most tasks. While men and women reported roughly equal time spent grocery shopping, and men spent more time fixing things, the amount of time required for these tasks was much less than women reported spending on childcare, cooking, or cleaning.

So how do men and women feel about this? Despite these differences, most people in Armenia and Georgia said they expressed satisfaction with their household labour division.  Only 6% of Armenian men, 10% of Armenian women, 5% of Georgian men, and 9% of Georgian women said that they were either ‘dissatisfied’ or ‘very dissatisfied’ with the breakdown of labour in their household.

Gender stereotypes appear deeply rooted in labour distributions in families in both countries. Women bear primary responsibilities for most household activities, while ‘repairing things around the house’ is the only predominantly male activity. Even when men think they are sharing household duties, in practice, women are still likely to be doing more.

This article was written by Meagan Neal, an International Fellow at CRRC-Georgia, and Kristina Vacharadze, CRRC-Georgia’s Programmes Director.

The data used in this article are available at CRRC-Georgia’s Online Data Analysis tool. The views presented in this blog post are the views of the authors alone and do not represent the views of UN Women.