An increasing number of Georgians view their country as ‘a democracy with major problems’, with CRRC’s Caucasus Barometer survey showing the share of people reporting this belief to have increased from 27% in 2011 to 48% in 2019.

In parallel to this growing scepticism towards the country’s democratic situation, surveys show a decline in the proportion of the population believing that democracy is preferable to any other kind of government, falling from 65% in 2011 to 49% in 2019.

Using data from CRRC’s Caucasus Barometer 2019, it’s possible to look at who is more or less likely to prefer democracy and whether support for democracy is linked with support for gender equality and tolerance towards minorities, factors many regard as core values of a liberal democracy

A regression model comparing respondents who think democracy is preferable to any other kind of government (49%) to those that think either that a non-democratic government can be preferable (20%) or that it does not matter to them (14%) suggests that people living in the capital, ethnic Georgians, and those who spent more years in education are more likely to report support for democracy. 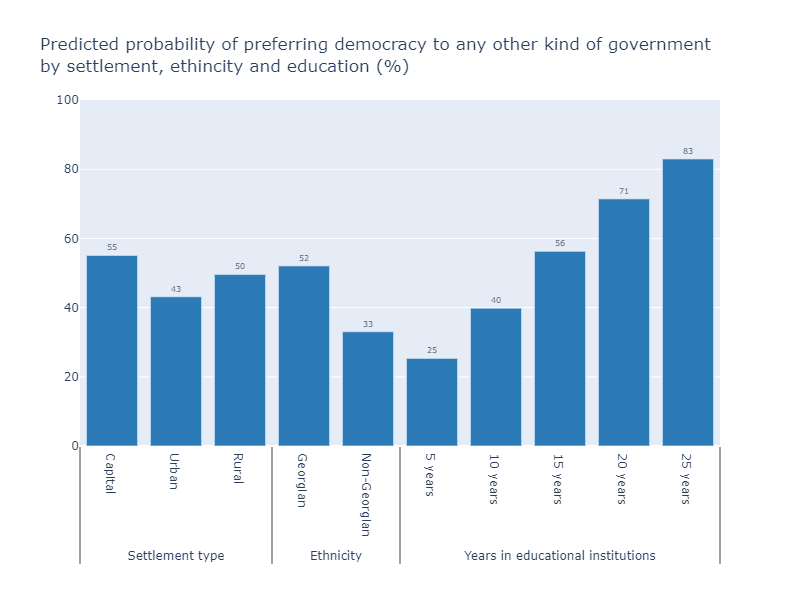 Regression analysis demonstrates that none of these proxies for liberal values within the models have a significant association with support for democracy.

Support for democracy in Georgia does not appear to be related to tolerance towards ethnic or sexual minorities. Nor is it associated with supporting women’s rights or gender equality. The only significant predictors of support for democracy as the ideal form of government tested were years of education and ethnic minority status.

Given the patterns described above, there is a clear need for further in-depth investigation into the determinants of support for democracy. 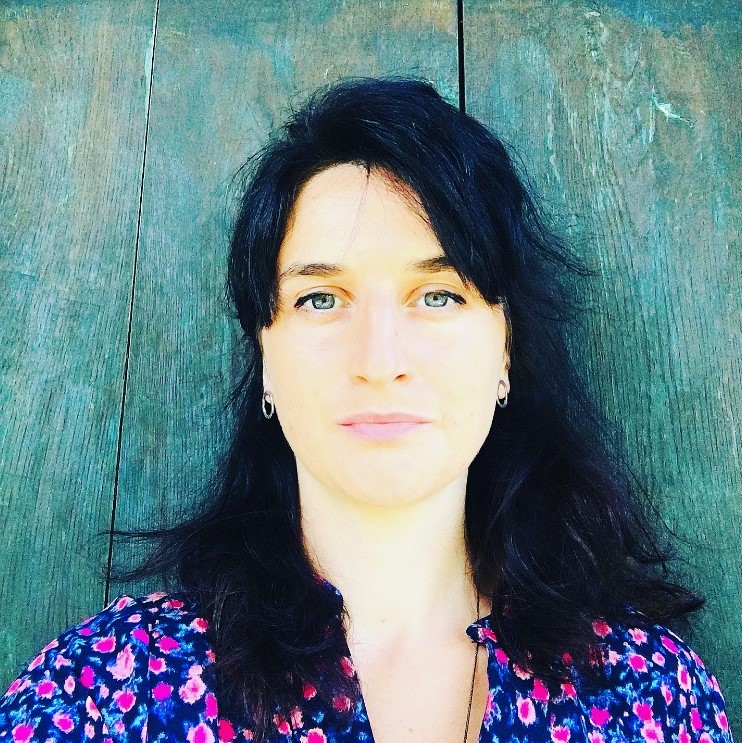 Tamar Khoshtaria is a Senior Researcher at CRRC Georgia.