Death metal band Vader’s attempted performance at the State Puppet Theatre has sparked debate over the limits of free speech in Armenia.

The Facebook post read: ‘Yesterday I learned that the Satanist, Polish band Vader is going to give a concert in Yerevan.’

Next to those words, Armen Hareyan, a sub-deacon of Armenian Apostolic Church living in the United States, also posted two photographs from a previous Vader performance. In one, the band is on stage with a large, flaming devil behind them; in the other, the band’s lead singer crooning into a microphone shaped like an upside-down cross.

Vader, a death metal band originally from Olsztyn, Poland, was scheduled to perform on 4 October at the Yerevan State Puppet Theatre. Hareyan’s post put a stop to that, igniting a controversy over the limits of free speech in the country.

On 2 October, Anna Kostanyan, an MP from liberal opposition party Bright Armenia, alleged in a since-deleted Facebook post that the frontman of Vader, Piotr Wiwczarek, had previously confessed to being a Satanist. Kostanyan addressed Arayik Harutyunyan, Minister for Education, Science, Culture, and Sport demanding an explanation.

‘Bright [Armenia] is a liberal party and such an approach is not appropriate for us’, the comment reads.

Kostanyan told OC Media that her post was misunderstood. ‘I deleted my post because of the pressure and manipulations from rock lovers […] they claimed I used my leverage [as an MP] to cancel the concert’, she said.

‘It was just a question. Why [perform at the] Puppet Theatre if we have lots of nice locations for these kinds of concerts?’ she said, adding that she is against any form of censorship and that the complete cancellation of the concert ‘would be censorship’.

She also said that she had discussed the issue with Bright Armenia, including her claim about Wiwczarek being a Satanist.

‘Now I accept that it was a very provocative topic and it was possible not to get into that topic. Armenia is a secular state and everyone can have different preferences’, she said.

In an interview with Rolling Stone magazine, Piotr Wiwczarek said that if someone asked him if he was a Satanist he would reply, ‘Yes, I’m a Satanist’. However, he further clarified that ‘if you mean an evil guy who sacrifices humans or something at the altar, then no’.

He explained that just because he uses Satanic symbols ‘it doesn’t mean I respect and adore evil’.

‘I use the name as someone who doesn’t agree with everything that’s happening in the world, with political decisions, wars, and the violence’, he told Rolling Stone.

Sub-deacon Hareyan did not respond to OC Media’s request for comment.

Arthur Atayan, an associate of Zhesht, the company that helped organise the concert, told OC Media that there were two reasons for choosing the State Puppet Theatre as a venue: ‘convenience’ and ‘tradition’.

‘[The theatre] has good acoustics, good lighting technology, good sound technology’, Atayan explained, adding that Armenian rock promoter centres are also based in the building and that the Puppet Theatre has been hosting rock concerts for 15 years.

Ruben Babayan, the director of the Puppet Theatre, told OC Media that there is a common misunderstanding that the theatre is only for children.

‘We have theatre performances for both children and adults’, he said, noting that rock, jazz, chamber music concerts, exhibitions, and book presentations also take place there.’

On 2 October, the administration of the Puppet Theatre decided to cancel the event. Artashes Babayan, the son of Ruben Babayan and producer of the Puppet Theater wrote under Kostanyan’s post that this was due to a ‘wave of disagreements’.

In a Facebook post, Armen Hareyan thanked God and everyone who prayed for their efforts to ban the concert.

In a Facebook discussion on 3 October Ruben Babayan wrote that despite his long-time support of rock concerts, Vader was simply a step too far. ‘This band has a viciously satanic propaganda line that has been repeated by the band frontman in various interviews’, he wrote.

Speaking to OC Media on 9 October, Babyan gave a different opinion, saying that he felt partly responsible for the cancellation of the concert.

‘I was somehow unaware and was not able to inform myself [about Vader]’, he said. ‘To a certain extent, I thought there was an element of religious propaganda [from the band].’

He added that before a death metal concert it would be right if musicians and other individuals knowledgeable about rock-and-roll could explain the context of demonic imagery in the genre.

On 3 October, Zhesht published a statement in which they called the incident ‘censorship’ which was caused due to ‘misinformation and threats spread by some aggressive people’.

In the statement, they recalled that Tommy Iommi, the guitarist of pioneer heavy metal band Black Sabbath — a band which has often been accused of ‘satanism’ — received an order of honour from the Republic of Armenia for funding humanitarian support in the aftermath of the Spitak earthquake in 1988.

On 4 October, sharing the statement of Zhesht, System of a Down frontman Serj Tankian, wrote:

‘It’s important not to be fooled by disinformation especially when it comes to the arts’. He also stressed that Armen Hareyan was ‘spreading lies and disinformation to sabotage artistic expression in Armenia’.

‘We cannot allow cultural events to be cancelled in democratic Armenia, under the pressure of one or another group or because of misinformation’, Zolyan wrote on Facebook.

‘Everyone knows that musicians of that style love to play with shock themes’, Zolyan later told OC Media, ‘It doesn't matter what music style the concert was, heavy metal, pop, hip-hop or anything else, this is about the principle that censorship is unacceptable.’

‘Vader live in Yerevan will take place!’ wrote Zhesht on Facebook at noon on 4 October. At the last minute, the Poligraf club offered to host the band.

That evening, metal fans, supporters, and well-wishers greeted each other with a jocular, ‘Hello fellow Satanist!’ as they entered the venue.

‘As you know we were supposed to be in a different place, but I think there are enough places for us’, frontman Piotr Wiwczarek told the gathered crowd before the band began their set.

Mikayel Zolyan was also present at the concert, if only for a short time. ‘There were fears that provocations and attacks could happen’, he told OC Media. After speaking with the organisers and ensuring everything was fine, he left.

After the concert, Vader drummer James Stewart told OC Media that they faced similar situations in their native Poland.

‘It happened last year when we played a show with Marduk’, he said, referring to a show they played with the Swedish death metal band. He added that the one thing he appreciates about this sort of controversy is that the more attention religious groups generate, the more tickets they manage to sell.

Stewart also noted that it was ‘ridiculous’ to call them Satanists.

He said that if someone were to call him a satanist to his face, he would laugh.

‘I don’t have a response to that’, he said. ‘Because it is so ridiculous I wouldn't know what to say’.

‘We talked about the recent developments’, Arayik Harutyunyan, Minister of Education, Science, Culture and Sport, wrote on 5 October next to a selfie with Ruben Babayan.

‘Restrictions on freely creating in culture are unacceptable, and we have decided to fight such phenomena together.’

This was not the first time that an event was cancelled in the Puppet Theatre for similar reasons. In 2012, Parada, a Serbian film that featured a gay couple, was not screened due to public outrage about its queer content.

Speaking of the incident Babayan said ‘there are many who maintain national values in our society who create absolutely no national value’.

In the aftermath of the controversy, Babayan said he feels it is possible to appropriately deal with such controversies and that the State Puppet Theatre’s role as a rock venue will not change. ‘Rock concerts will be in the theatre for sure. There will be all kinds of cultural events in the theatre — and there will be no censorship.’ 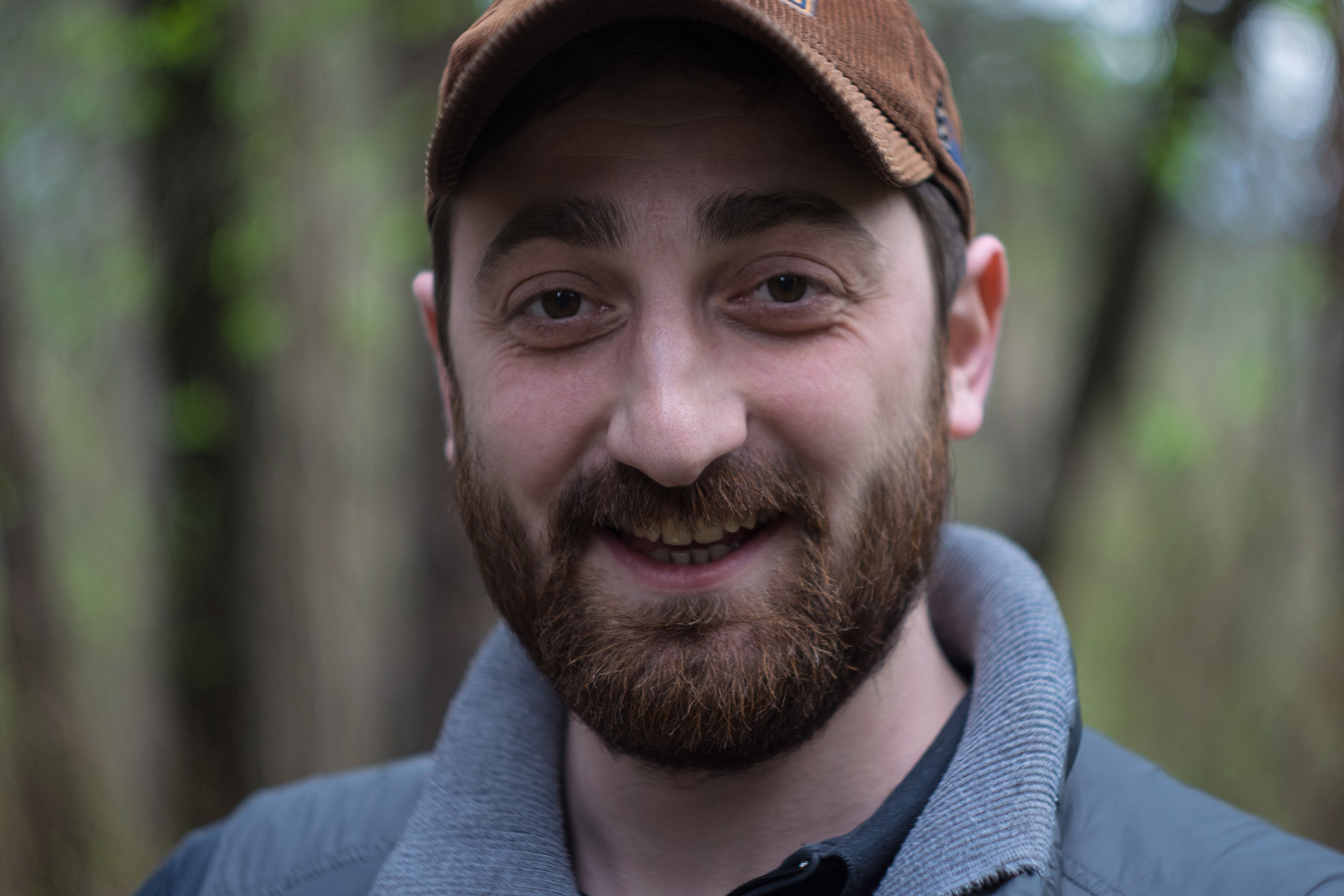 Hovhannes is a writer, journalist, and documentary filmmaker from Yerevan. He previously worked at the Ankakh, Yerkir, and Aravot newspapers as well as at queer rights group PINK Armenia. He is the creator of several short and mid-length documentary films related to repressions of the Soviet Union, human rights, modern society, and personal relations and is currently working on his first feature-length documentary film.