Over the past year, Georgia’s government has engaged in a series of spats with the Western governments and institutions, despite data suggesting people want the opposite.

Last year saw more damage to Georgia’s relationship with the West than in any other time in recent memory.

In July, the US Embassy said it was ‘deeply disturbed and exasperated’ after the ruling Georgian Dream party withdrew from the Charles Michel Agreement, a deal which the President of the European Union spent multiple days in Georgia negotiating. ‘Refusing’ financial aid that one Member of the European Parliament said would not have been available anyway due to failures to reform the judiciary, was another notable strike in Georgia’s declining Western relations.

The head of the Georgian Dream Party’s increasingly regular spats with the US Ambassador can only be further damaging relations. Concomitantly, the tone of US statements has gone from one of concern to talk of ‘risk[ing] tyranny’.

All the while, data from the Knowledge of and Attitudes towards the European Union in Georgia, funded by the Europe Foundation and implemented by CRRC Georgia, shows that the public wanted closer relations with the West in the period leading up to the scandals noted above.

The share of people thinking Georgia should focus its political and economic efforts on Russia has declined since 2013. Two-thirds of people named Russia as one of the countries Georgia should have closer political relations with than others in 2013, compared with only a third in 2021. The data is quite similar when it comes to economic cooperation. 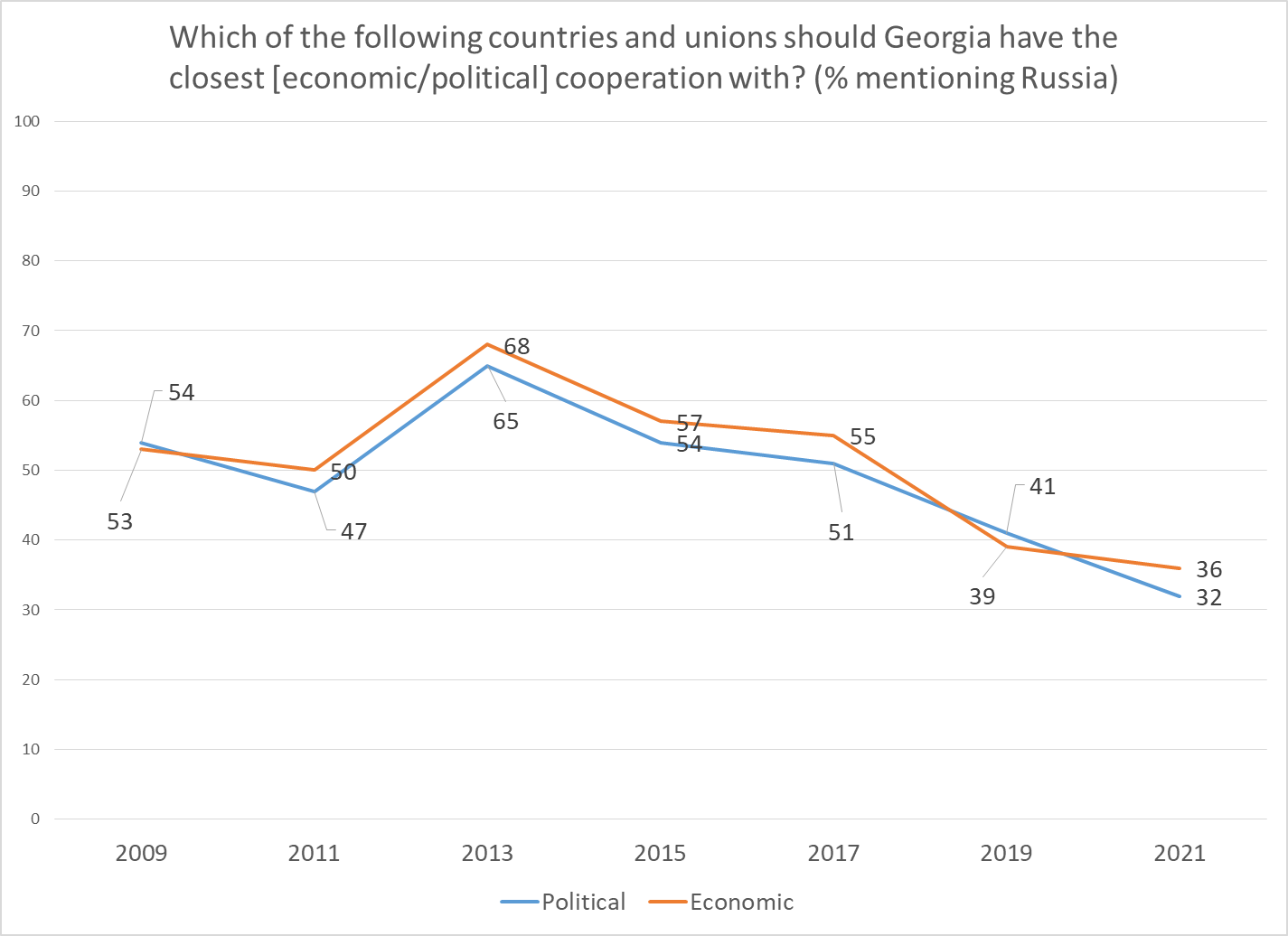 Note: Respondents were asked, ‘Which of the following countries and unions should Georgia have the closest [economic/political] cooperation with?’ They were allowed to provide up to three responses. As a result, the sum of responses does not equal 100%.

While Russia’s importance to Georgians has been on the decline, people’s views of the West have been on the rise. 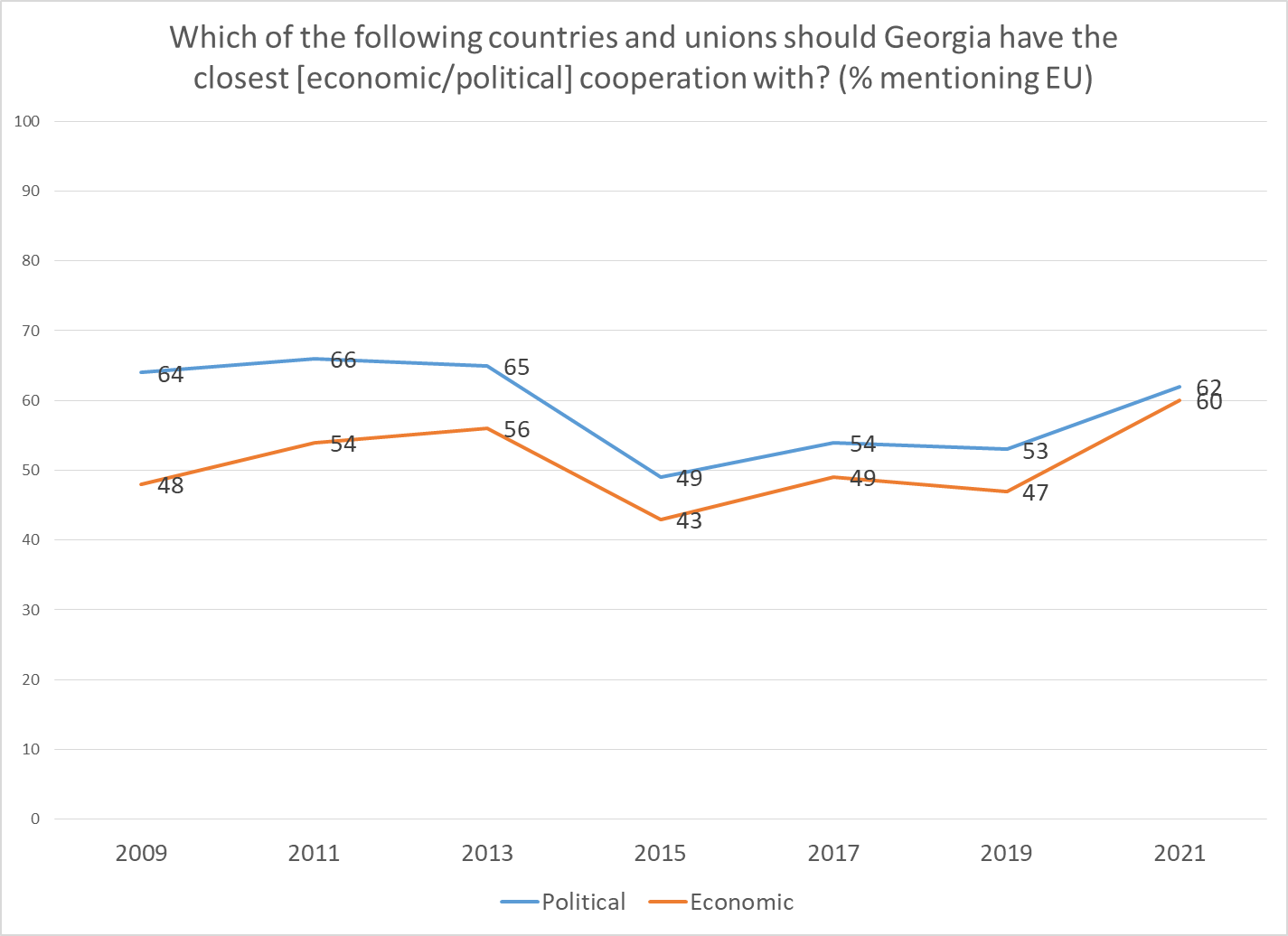 The data paints a similar picture of attitudes towards the US. There was a rise from 46% of the public thinking Georgia should have the US among its closest political partners in 2015 to 61% in 2021. Between 2019 and 2021, the data shows a six percentage point increase in this view. 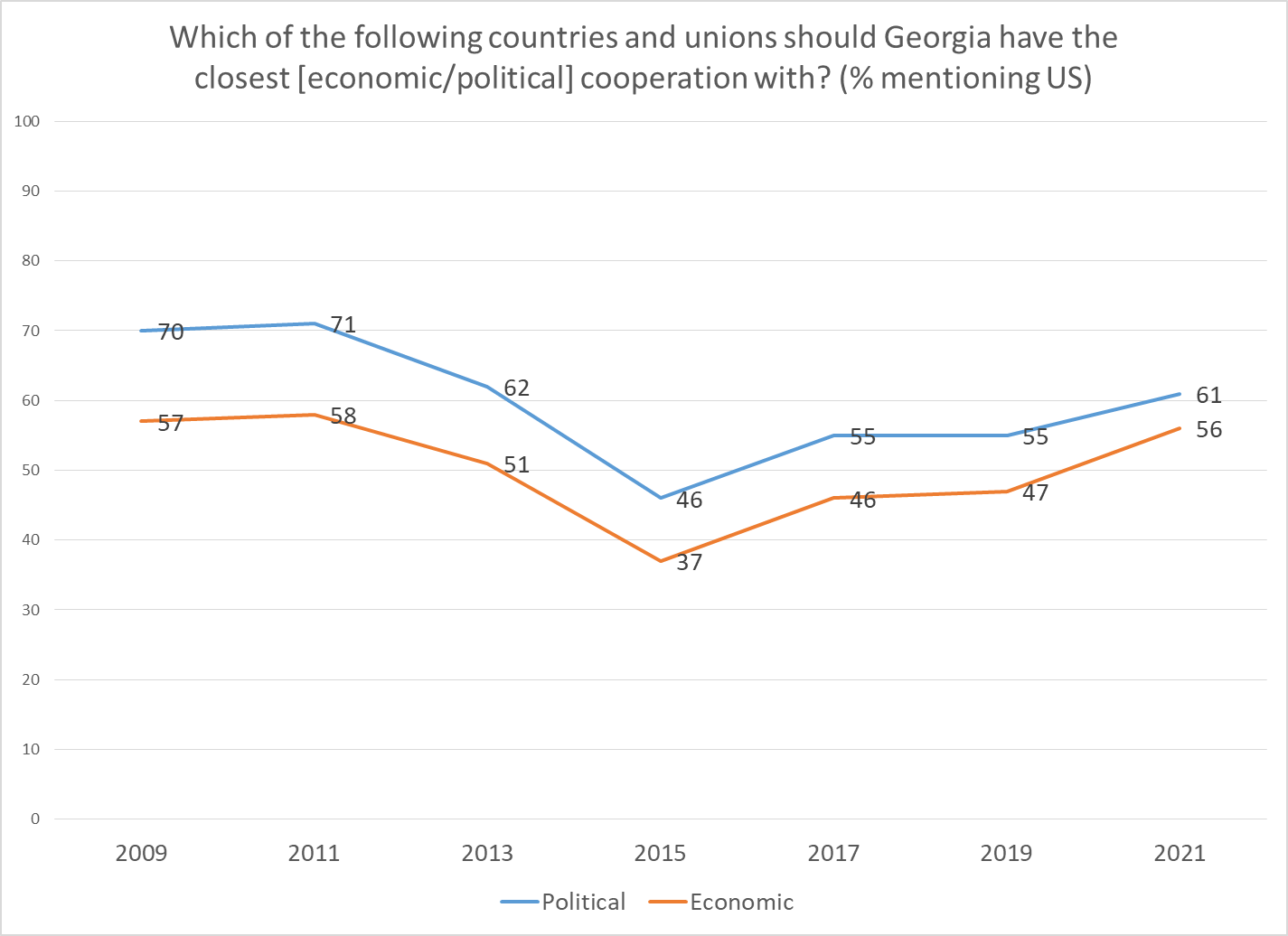 The data used in this article are available here.