The collapse of the Soviet Union led to fundamental economic and social transformations in both Georgia and Armenia. Opinion polling suggests that views of the collapse today may be associated with how one has fared in the post-Soviet period.

The 2021 Caucasus Barometer surveys in Georgia and Armenia suggest that attitudes toward the collapse of the Soviet Union are correlated with perceptions about satisfaction with life.

Overall, Georgians look back on the USSR much less fondly than Armenians do. Two-thirds (67%) of Armenians view the dissolution of the Soviet Union as ‘a bad thing’. In contrast, just 38% report the same in Georgia. About half (47%) of respondents in Georgia said that the end of the USSR was ‘a good thing’, while only 23% said the same in Armenia.

Though Georgians look back less favourably on the Soviet past, in both countries, those who see the dissolution of the USSR negatively are also more likely to have negative perceptions of life now.

However, this trend was not as pronounced in Armenia, where those who were more satisfied with their lives were only 10 percentage points more likely to consider the dissolution of the Soviet Union to be a good thing, compared to those who reported a lower level of satisfaction with their lives. 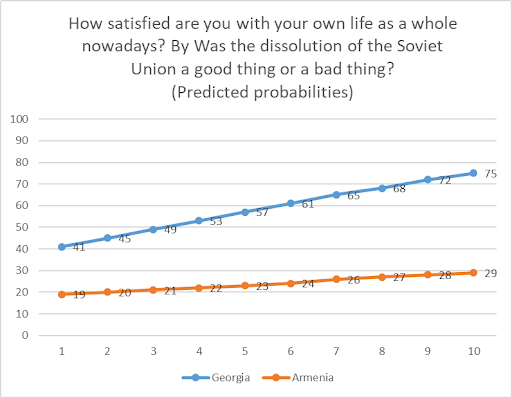 When asked the reasons for holding positive or negative perceptions of the Soviet Union’s dissolution, Georgians and Armenians gave the same primary explanations.

The deterioration in people’s economic situation was mentioned by 69% of Armenian respondents and 65% of Georgian respondents who saw the end of the USSR negatively.

Among those who saw the dissolution positively, 79% of Georgians and 88% of Armenians said this was due to their countries gaining independence.

There were no meaningful differences between those who were satisfied and dissatisfied with their jobs or who considered themselves to have relatively “poor” or “good” economic conditions in terms of whether or not they perceived the collapse of the Soviet Union to be a good thing.

Overall, the data suggests that the happier respondents are with their lives now, 30 years following the end of the Soviet Union, the more likely they are to see the collapse positively. This correlation is substantially stronger in Georgia than in Armenia.

Note: The data in this article is available here. Analyses that do not link directly to CRRC Georgia’s online data analysis tool were conducted using logistic regression. The logistic regression included age group (18-34, 35-54, 55+), sex (male or female), education (completed secondary/lower, technical or incomplete higher education/higher), wealth (an additive index of ownership of 10 durable goods, a proxy variable), settlement type (Tbilisi, other urban areas, or rural areas), employment type (employed or not working), and level of satisfaction with life as controls. Whether or not the respondent thought the dissolution of the Soviet Union was a good or bad thing was the outcome.

The views presented in the article are the author’s alone and do not necessarily reflect the views of CRRC Georgia or any related entity. 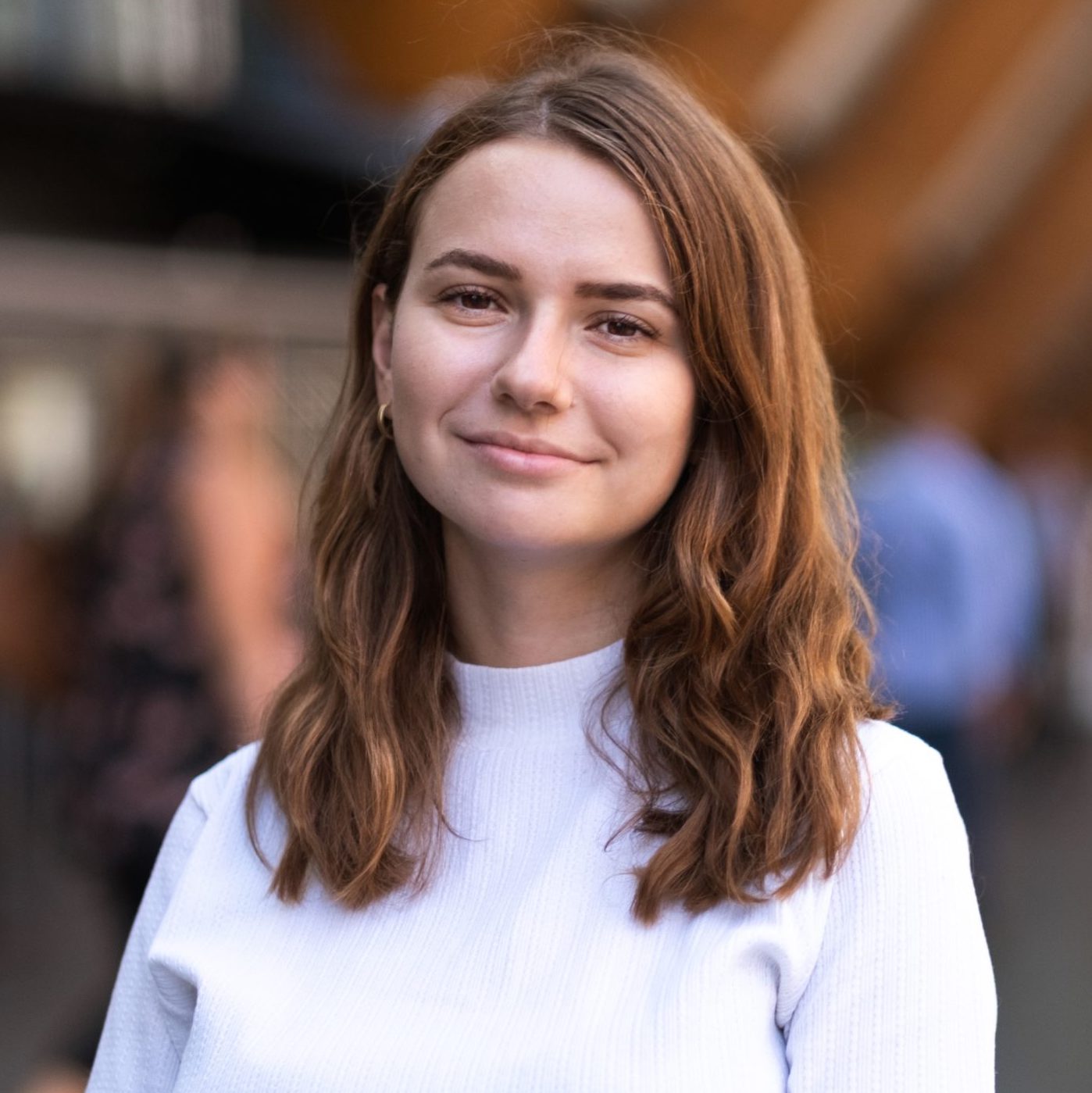 Sasha is an international fellow at CRRC Georgia.