Local elections are set for 2 October, yet a newly released CRRC and NDI survey on Georgian politics shows that 51% of voters identify most closely with no party in particular. For parties, this presents an opportunity to try to win over the half of the public which views no party as closest to them. But what do voters care about?

The data suggest people are most concerned about roads, the water supply, and the environment in their communities. As the expression goes, politics are local, and the data suggests the importance of different issues varies significantly by settlement.

What are the issues?

The importance of different issues has fluctuated over time. Fewer people report that roads and the water supply are among the most important public goods issues in their community compared with in 2015. The importance of the environment has declined compared to December 2018 as well. 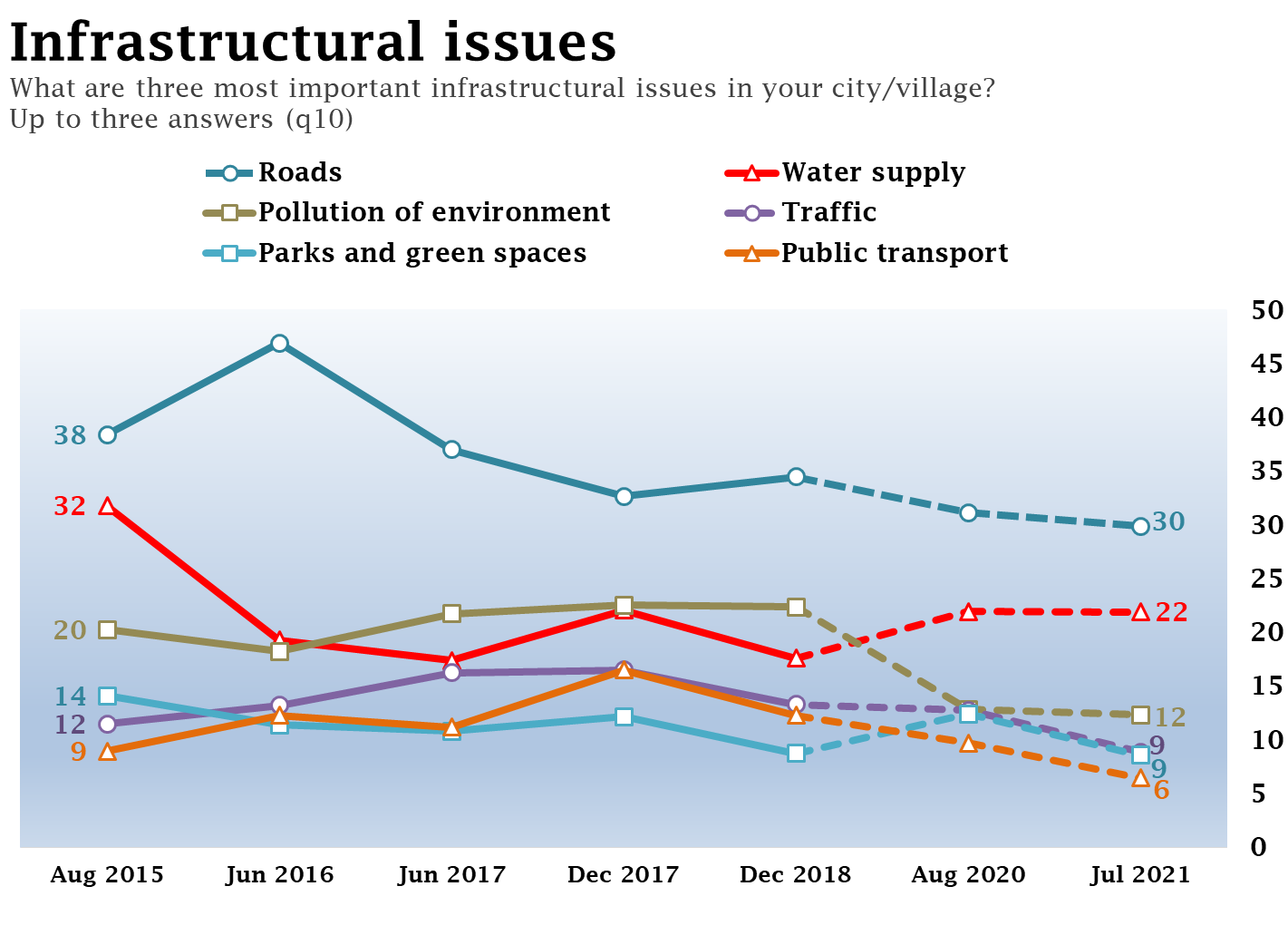 The data suggests that the main factor associated with people’s views of the above issues is what type of settlement they live in. People in rural areas are six times more likely to report that the water supply is a problem in their settlement compared with people in Tbilisi, controlling for other factors.

They are also twice as likely as people in the capital to report roads among the main public goods issues in their settlement. By comparison, people in Tbilisi are three times more likely to report that the environment and pollution are more important, controlling for other factors. 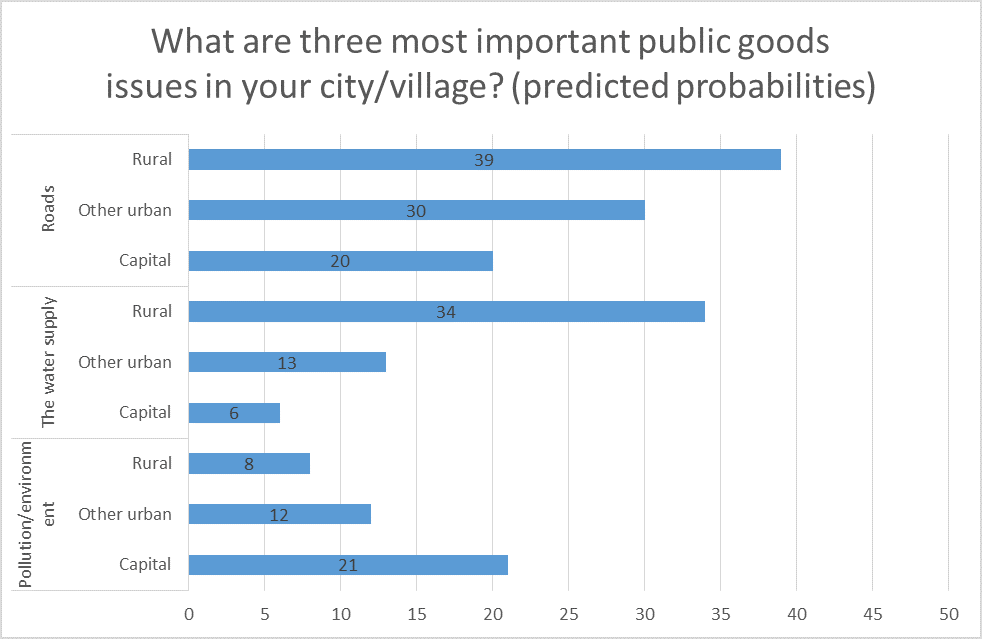 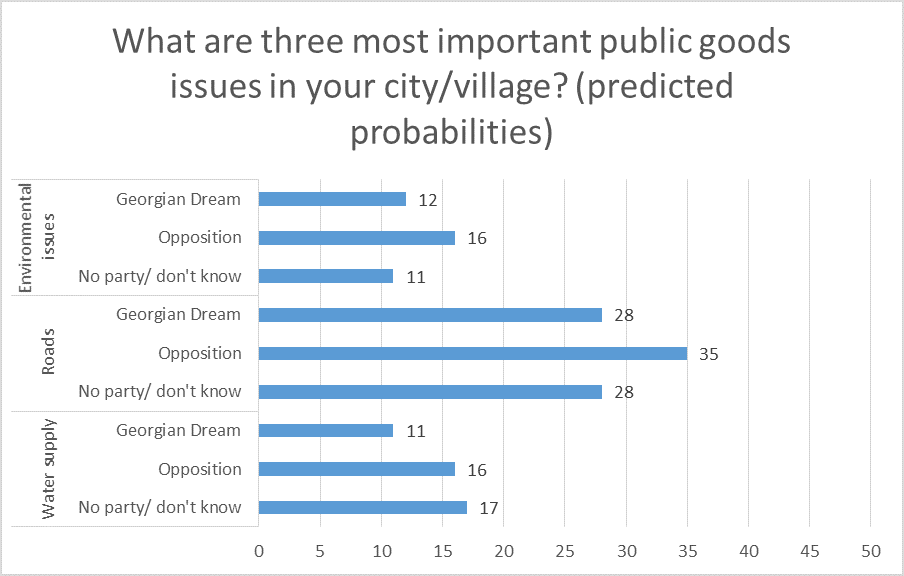 Aside from this, wealth is associated with whether or not someone named the environment and the water supply.

For political parties looking to campaign in the upcoming elections on policy rather than personality, the above data provides a few ideas. Notably, people in rural areas are more interested in roads and water, while people in Tbilisi are more interested in the environment and pollution. For parties looking to attract unaffiliated voters, promising to improve roads might be a good place to start.

Note: This analysis of which issues are most important is based on a logistic regression analysis. As control variables, it includes settlement type (Tbilisi, other urban, rural), age group (18–34, 35–54, 55+), ethnicity (minority or not), wealth (a simple additive index of durable goods a household owns), sex (male or female), education level (tertiary education or not), and political party (don’t know/no party, opposition supporter, or Georgian Dream supporter).

The views presented in the article do not represent the views of the National Democratic Institute, CRRC Georgia or any related entity.

3. 99.7% for Kadyrov as United Russia sweeps elections in the North Caucasus

Datablog | Support for gender equality in parliament is rising in Georgia

A personal history of trauma: The soldier with no photographs