In Dusheti, a town 60 km north of the capital of Georgia, family comes first. An OC Media investigation has uncovered that time and again, from food provision to construction, a number of government tenders have gone to close relatives of officials in the city administration.

Today he is a politician — a member of the governing Georgian Dream party. He serves on the Dusheti Municipal Council (sakrebulo), chairing the council’s Commission on Social Issues.

We don’t know his salary; he failed to mention either his position or his salary in his declaration as chair of the commission. He told OC Media that he forgot to do so.

Before Dusheti’s well-known doctor joined the municipal council, from 2012-2017, he was the director of the Free Dining Service for Persons Lacking Social Care — a non-profit organisation fully financed by the Dusheti Municipality.

Since his entry into politics, the company has been headed by his cousin, Tamar Kariauli. Giorgi Aslamazishvili has denied playing any role in her appointment.

‘No man who knows me and who knows the situation, in general, can say that I have any influence on staff appointments in this job or in any job at all’, he said.

Sekhniashvili told OC Media that Kariauli was appointed after undergoing a job interview, though he declined to specify what qualifications for the job she had over other candidates.

We wouldn’t be interested in Giorgi Aslamazishvili or in the appointment of his cousin as his replacement if not for one fact: After Aslamazishvili became the director of the Free Dining Service for Persons Lacking Social Care, a certain Dali Aslamazishvili started winning tenders to provide meat products for the organisation.

In four of the five tenders, she was the only participant. But the apparent benefits for Dali Aslamazishvili did not end with winning tenders, she also received eight direct contracts from the Free Dining Service worth a total of around ₾13,000 ($4,300). 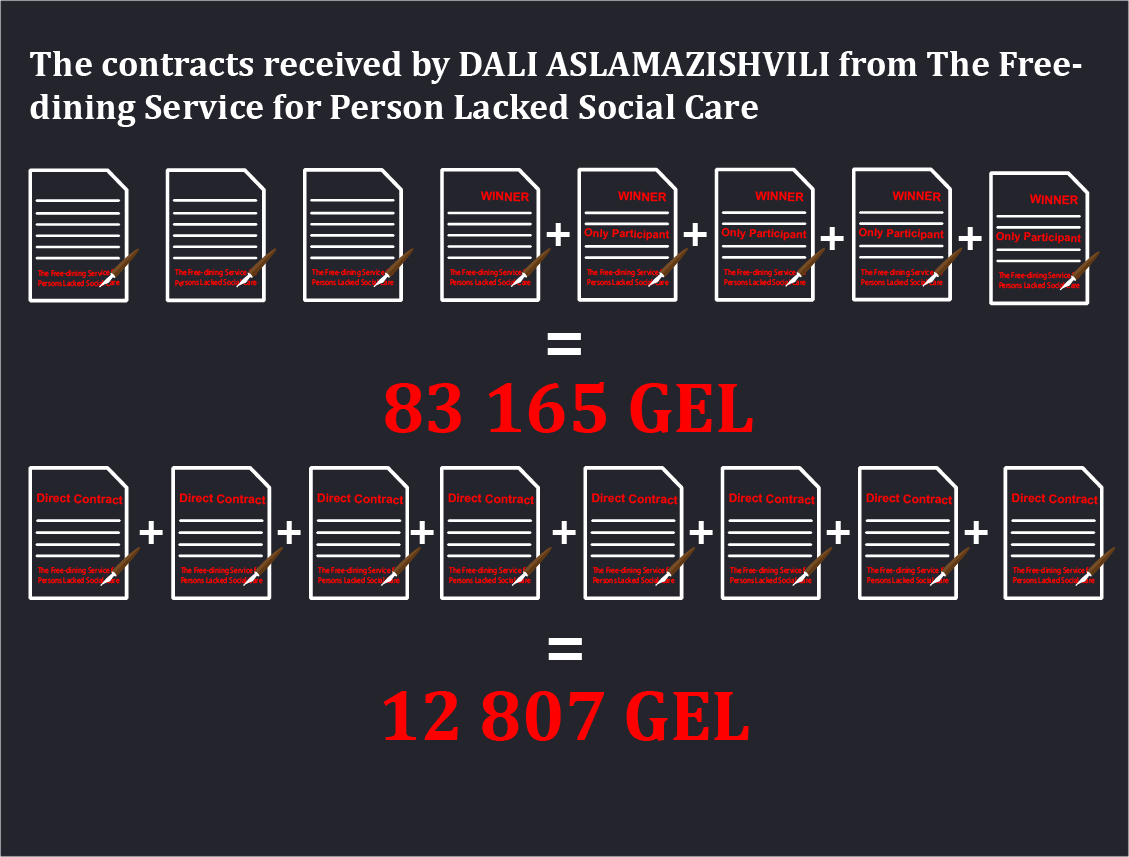 ‘I can unequivocally tell you that I have nothing in common but a surname with this lady’, he told OC Media. ‘We have the same surname, I have no other connection with her.’

Asked if he knew Dali Aslamazishvili, he responded that ‘In Dusheti, everybody knows each other, everybody is each other’s relative. If it’s not a name, they have other family relationships.’

However, neighbours tell a different story. Several of Giorgi Aslamazishvili’s neighbours confirmed to OC Media that he, Dali Aslamazishvili, and Tamar Kariauli are all relatives and that they have a close relationship.

‘If there is something’, he added. ‘If this is officially done, it will be uploaded on the website of the National Procurement Agency, no one can do this discreetly, neither during my directorship nor now and not in my team.’

‘You can’t announce a tender for just one person’, he concluded. ‘This doesn’t exist.’

Now meet the brothers Zurabashvili. One of the brothers — Givi Zurabashvili — was chair of the Dusheti Municipal Council in 2016-2017. He still works in the council; and now heads up the Procedural Issues and Ethics Commission.

The Second Brother is Zurab Zurabashvili. In June 2015, while his brother was deputy chair of the Municipal Council, Unix Ltd, a company he owned a 50% stake in at the time, won a ₾130,000 ($44,000) tender from Dusheti Municipality.

The company was contracted to clean and deepen the riverbed of the River Mtiuleti in the village of Mleta.

Unix did not complete the work and Dusheti Municipality terminated the contract unilaterally. However, before the contract was terminated, 26% of the contract’s value — around ₾33,000 ($11,000) — had already been paid.

Givi Zurabashvili claims that before talking to OC Media, he wasn’t even aware that Zurab had a stake in Unix Ltd.

‘It’s not a violation that some of my friends have something, but I know nothing about it. I am aware that his friend won a tender and that there were some problems.’

Givi insisted he had nothing to do with his brother’s winning bid.

‘No, I knew nothing; I would say if I did. I had no idea who was, what was, or what happened’, he said. ‘I knew afterwards that something happened and that they were in the tender. Then they had some dispute with the municipality and I don’t even know the final result. If I had an interest, I would be aware of everything.’

Zurab Zurabashvili also denies that his brother played any role in his company winning the tender, insisting that ‘even if he wanted to help, the Municipal Council would not be very helpful; tenders are the prerogative of City Hall.’

A husband and wife team

Gela’s wife, Anna Keinishvili, is the founder and 100% shareholder of Kebuli Ltd.  The director of the company is Avtandil Chincharauli, who also heads the Dusheti Municipality Autobaza, a construction firm owned and funded by the municipality.

Anna Keinishvili founded Kebuli in February 2013 and within 9 months, it received its first direct contract from Dusheti Municipality.

Today Gela Kharanauli is no longer a member of the council and Kebuli has not won any tenders since 2017. 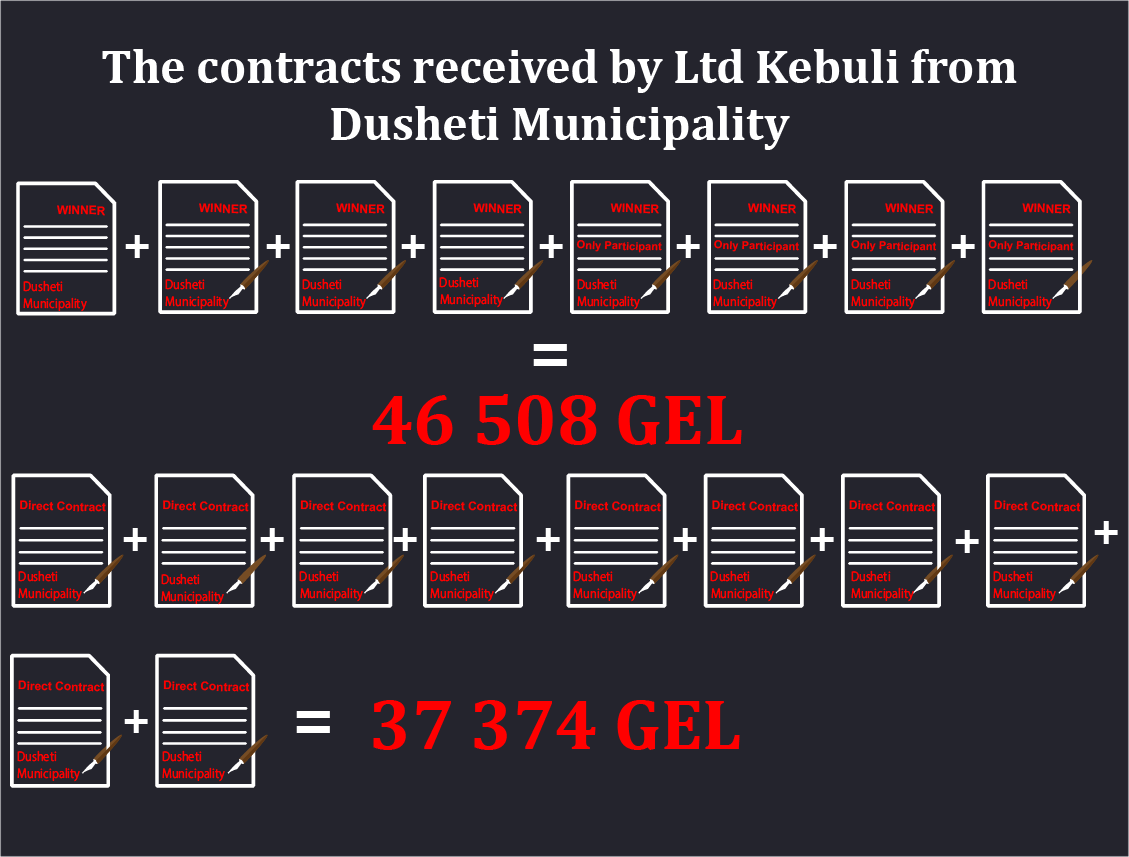 ‘In many cases this is not a direct violation of the law, it [the law] does not restrict their right to participate in tenders’, he told OC Media. ‘But it raises serious questions that there may be some hidden deal behind it and that a person might be benefiting from being the relative of high-ranking official.’

Transparency International Georgia recommends that the relevant investigative agencies inquire into and oversee every procurement where when relatives or close associates of government members are involved in State tenders. 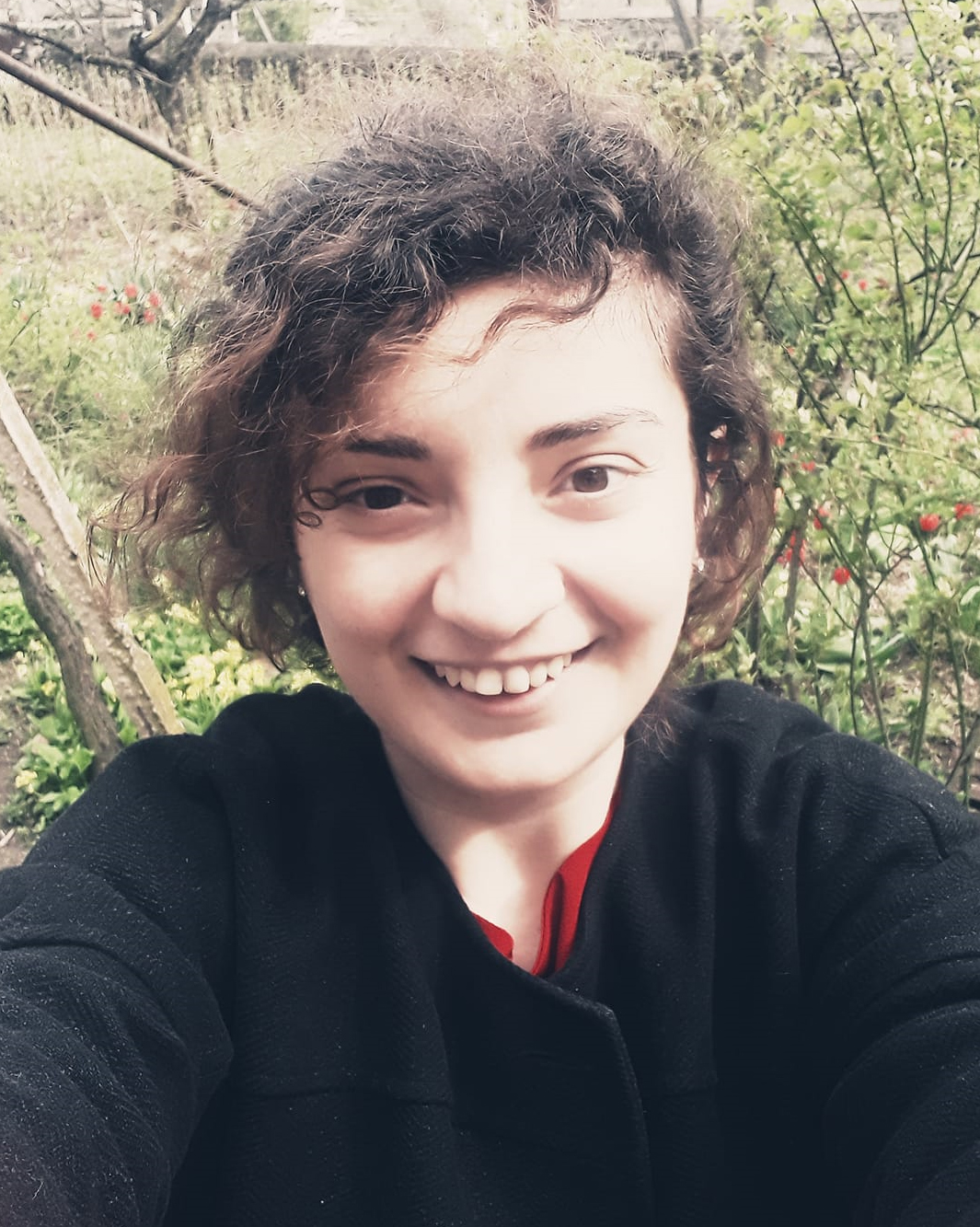 Nino is an investigative journalist from Georgia. Her professional interests include fake news, disinformation, and Abuse of power by government officials in Georgia and other post-soviet countries. She holds a Bachelors Degree in Journalism and Mass communication from Tbilisi State University and a Masters Degree in International Digital Journalism from the Universite Lumiere Lyon 2.