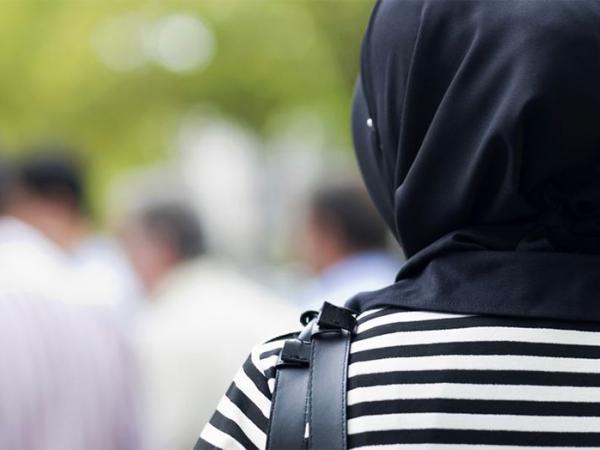 Today is the International Day Against Homophobia, Transphobia, and Biphobia. Today queer people become visible. Some of these people who belong to more than one invisible group, who you have probably not seen or heard about, are queer women in the North Caucasus — a group who desperately need more visibility.

According to society, the rights of North Caucasian women is not a topic worth wasting time, energy, or money on. Here, it is believed that a woman is the property of a man and she should be satisfied with this status. It is also dangerous to help her — North Caucasian men would never forgive any attempt to interfere with his ‘property’. And first and foremost, the woman herself would not be forgiven if things went public — society would not allow the family to just let it go.

There are accounts of women who escaped Chechnya and were returned home by their relatives who assured them they would be fine. But, if anyone outside the family finds out about what happened, the family will face intense pressure, both from society and the authorities.

The Russian LGBT Network reported another case: R.S. died suddenly last June after an unsuccessful attempt to escape from her family. The official cause of death looked dubious and raised many questions.

Stories like hers are usually called ‘honour killings’. This phrase justifies the killing by suggesting it was committed for some good purpose. It is not clear where the honour in the murder of a person lies, especially a woman who is already in a dependent position and has nowhere to go.

Sometimes extraordinary cases of such murders reach the courts, but this does not help achieve justice. For example, the lawyer of a father who killed his own daughter for not wearing a headscarf and receiving gifts from men says that ‘customs and traditions cannot be suppressed by a criminal code’.

[Read on OC Media: Chechen transgender woman: on being hunted, the persecutions in Chechnya, and life before Kadyrov]

In 2015, the Heinrich Böll Foundation published a study about the status of women in the North Caucasus. It showed that domestic violence is widespread in the region, women’s movement is restricted, and they do not have access to the family’s finances. This information, unfortunately, is not new and came as a shock to no one.

Queer women are doubly powerless. Anecdotal information suggests that the main obstacle for women trying to escape from the republics of the North Caucasian are a lack of financial resources and freedom of movement. While men can often rely on friends for financial help or to adapt to life in other regions, women do not have such opportunities. In a society with such a deep gender divide, women can be friends only with other women, who like them, have few resources. Unlike men, they cannot move to another region for work or study. In the North Caucasus, it is prohibited for an unmarried woman to leave home, except in a few progressive families.

Some rights activists argue that life for lesbian and bisexual women is easier than for queer men, including in the North Caucasian republics. Anyone who understands how the intersection of discrimination works would say the opposite is true. The problems of people belonging to several vulnerable groups are much more ‘invisible’, which can give the impression that they do not have any problems at all.

Queer women in the North Caucasus are a part of three vulnerable groups: 1. they are not heterosexual; 2. they are women; 3. they belong to a culture where women’s rights are limited and if they do not match the behaviour of a ‘good girl’, their lives are in danger.

The ‘invisibility’ of many queer women in the North Caucasus is a matter of their survival. The human rights community, which provides assistance, helps protect women’s personal information. This is a good thing, but discussion of this problem is also absolutely necessary.

In 2017, the media practically ignored the problems of queer North Caucasian women, partly for security reasons. Nevertheless, this did not prevent the Chechen authorities from persecuting women in late 2017–early 2018, according to the Russian LGBT Network.

Women need to believe that there are people out there interested in their problems, which will encourage them to start talking more openly about the challenges they face. It is necessary to understand: they really exist with such a set of identities that seemingly contradict each other.

Estimates say that statistically, around 5% of people are queer. In this case, there are around 70,000 queer people in Chechnya alone. Women make up half of that amount.

International and Russian rights activists say that the human rights situation in the North Caucasus is critical. But the conservative part of North Caucasian society does not agree. They are disgusted by several new trends: access to information has increased, women have become more empowered and independent, they more often initiate divorces and refuse to marry a second time, and have even begun to talk about the existence of queer people.

This is a marginal topic for the North Caucasus, but it has quietly begun to be spoken about out loud. This situation is no different from similar cases in the world: until the problem is stated aloud, it ‘does not exist’. And this ‘non-existence’ is supported by those who provide assistance, among others. In such conditions, we are unlikely to be able to change the situation.

The outlook for the future

Successful work in evacuating queer people in danger to other countries is undoubtedly a noble and right thing to do, but we need to move on. Many of the evacuees say they would never have left their homes if the situation did not threaten their lives.

I think that Russian society, especially the queer community, needs to react loudly to the persecution of queer people. It’s necessary to build a system of assistance for queer women, taking into account the specifics of their situation. To do this, it’s necessary to study the problem deeper than at the level of stereotypical thinking, according to which ‘women in the North Caucasus traditionally play a secondary role’.

Also, the participation of women themselves is necessary — we need to talk about how life is structured in the region, how the situation looks from the inside, the problems with visibility, and the dangers and also to discuss ways to solve these issues.

In my opinion, the experiences of survival of queer women in the North Caucasus are invaluable. This is an experience of awareness and acceptance of oneself when in order to be oneself, one must take risks and come up with original safety techniques. I am sure that the more girls and women with these experiences who join the movement for the rights of queer people the further forward we can take the fight. But it's difficult to predict when this will happen.

The situation with human rights in Russia is changing. Pressure from the authorities is growing, but opposition to this pressure is also growing. The approaches of this opposition are different, and new techniques are constantly being invented which are starting to show results. Expanding the approaches to queer people’s problems in the Caucasus will enrich the practices of the entire Russian queer movement and help build new aid systems in other regions as well.

If you are a woman living in the North Caucasus or from a family elsewhere in Russia with strong North Caucasian traditions and would like to contact the author of this piece, you can write to [email protected]. Your stories can help people to form a vision about how to move forward.

The opinions expressed in this article are author's alone and do not necessarily reflect the views of OC Media’s editorial board.

Ekaterina Petrova is a psychologist and queer rights activist born in Nalchik, Kabardino-Balkaria. She has led several projects for the Russian LGBT Network.