In a late-night meeting with the Security Council, Armenian Prime Minister Nikol Pashinyan announced that the Azerbaijani military had advanced its positions 3.5 km in the country’s south.

During the meeting, Pashinyan confirmed that Azerbaijani troops had crossed the state border near Lake Sev in the southern province of Syunik, advancing 3.5 km into Armenian territory. The Armenian Prime Minister stated that they are seeking to resolve the situation through negotiations and that the situation was ‘unacceptable and an encroachment on the sovereign territory of Armenia’.

As of yet, no agreement has been reached. According to the Mayor of nearby Verishen village, the negotiations will continue.

Rumours that an incident had taken place on the Armenia-Azerbaijan border began to spread in the morning of 12 May, when local media outlets reported clashes between Armenian and Azerbaijani troops. 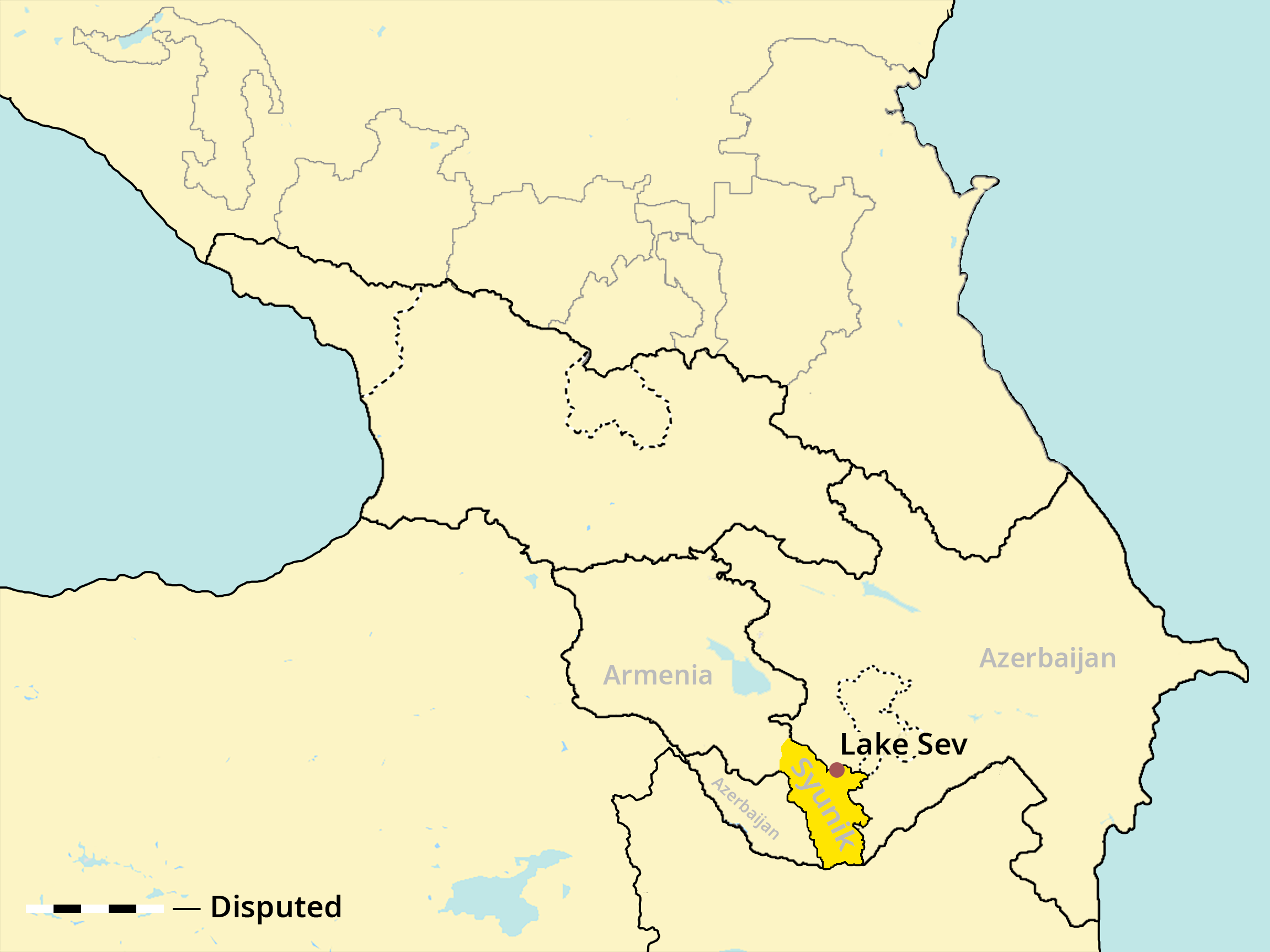 Statements by local officials and opposition politicians also added to the confusion.

Irina Yolyan, the Deputy Mayor of the city of Goris, the capital of Syunik province, wrote on Facebook that the Azerbaijan troops moved forward three kilometres near the village of Ishkhanasar. The former governor of Syunik and the leader of the opposition Rebirth Armenia party Vahe Hakobyan told Sputnik Armenia that at night about 200 Azerbaijani servicemen blocked the road to the Armenian checkpoint in the Ishkhanasar area. He also said he had unverified information about wounded Armenian soldiers.

Local residents in Ishkhanasar, which is roughly 12 kilometres away from Lake Sev, later told Civilnet that no clashes had occurred near their village and that the village remained peaceful.

Armenia’s Ministry of Defence issued a statement, denying that there were clashes, but some activities in the border area were confirmed. According to MOD, the Azerbaijani troops ‘tried to carry out some activities in one of the border areas of Syunik province under the pretext of ‘border adjustments’ adding that ‘the Azerbaijani military stopped the activity after measures were taken by the Armenian side’.

In the meantime, some news outlets made unverified claims Azerbaijani forces ‘capturing an Armenian post in the Gegharkunik province’.  The governor of Gegharkunik later clarified that the movements of Azerbaijani soldiers were inside the Azerbaijani territory and did not cross the border.

During the day, fighter jets repeatedly flew over Yerevan, for now, no official information explaining the flights has been published

The mass circulation of unverified information in the media was described by state officials as an 'organised campaign'. The National Security Service warned media outlets of legal consequences for spreading misinformation that ‘cause panic’. The Human Rights Defender of Armenia called on both the government and media organisations to provide the population with accurate information.