Faced with ignorance and discrimination, finding work as a blind person in Armenia can be a difficult task.

Rafayel Keveyan, 23, lives in Gavar, a small town east of Yerevan. He lost his sight at the age of four after being given the wrong drugs while being treated for measles. Along a journey that did not lack challenges, Rafayel found his passion in music and devoted himself to it.

Rafayel began playing the piano at the age of seven; soon after, his parents sent him to a musical school. He stood out at his musical college due to his remarkable memory and sense of touch. He says he only had to listen to a melody once to commit it to memory.

‘Music is my life’, he says, adding that he finds comfort and inspiration in it.

Rafayel has been looking for a stable job for two years, ever since he graduated university. He approached schools, colleges, and restaurants to offer his services, but the answer was always an explicit ‘No’.

His disability benefits of around ֏25,000 ($52) per month are his only fixed source of income.

He occasionally plays at weddings with his band to earn some extra money. He has tried to join more popular bands, preferably in the area he lives, but has not found any willing to take on a new member. He is stuck playing at weddings and small parties where the money he makes ‘cannot be called earning’.

In an area like Gavar, a town in the eastern Gegharkunik Province with a declining population, job opportunities are becoming increasingly limited. Rafayel says his biggest desire is to find a job that would make him feel useful, one that would contribute to him realising his potential.

He even tried to move to Yerevan once, hoping there would be more opportunities in the capital. He made inquiries in restaurants and clubs — he says he can work as a DJ as well — but every place told him that ‘they were not short of workers’.

People with visual disabilities continue to be underrepresented in Armenia’s labour market. The barriers to employment for those who are blind or visually impaired are often deeply rooted in the attitudes of employers.

Of 12 organisations contacted by OC Media — including hotels, law firms, and marketing and PR companies — 10 said that they would not take on a blind employee — two chose not to comment. All of the responses were identical, switching between sympathy and bewilderment.

They said they would not hire someone who was blind because they questioned how this person would be able to cope with the job and how they would be able to adapt to the workplace due to their limited ability to move around. The organisations also said that it would not make a difference to them if the individuals were highly qualified and held advanced degrees.

According to the State Employment Agency, as of 1 February, there were 31 visually impaired people registered in regional employment centres looking for work. The agency told OC Media that five of the blind individuals had been placed in positions through the agency’s programmes, but that these were only short-term positions.

To incentivise companies to hire visually impaired people, the agency provides partial reimbursement of an employee’s salary for the first six months. In addition, expenses for equipment and technology to adapt to the workplace is reimbursed by the state for up to ֏500,000 ($1,000) per person.

However, once those six months are finished, the agency does not have any means of keeping those people employed.

Another problem is that many employers choose not to enrol in the employment scheme. Currently, the agency is working with around 20,000 employers to form joint measures that would create employment opportunities for the blind.

According to the agency, employers need to have a higher level of social responsibility.

When asked what more could be done, the agency said this required ‘political decisions’, referring to the Ministry of Labour and Social Affairs. The ministry directed our questions back to the agency.

Andranik Kocharyan, 28, was born blind to deaf parents in a small village in Ararat Province, southwest of Yerevan. After graduating from a school for the blind, he studied law, earning a bachelor’s degree. As a student, he volunteered for the Armenian Association of the Blind at its cultural and educational centre as a computer instructor.

At the age of 24, he married and started to look for a job that would enable him to sustain a family. He was aware of and prepared for the challenges ahead, and made up his mind not to give up. However, neither the state employment agency nor his own personal searches for a job were successful.

According to Andranik, every time he applied for a job, he faced discrimination due to his visual impairment. While employers did not care if he was ‘competent’, Andranik told OC Media that they did care that he was disabled.

His search eventually led him to a massage training project for blind people organised by Mariam Dilbandyan, a social entrepreneur.

Dilbandyan began the project, the Seeing Hands Spa, after learning about the problems blind people face in regards to social integration and employment. She told OC Media that the objective of the project was to not only provide visually-impaired people with jobs but also to change the public image of those with visual disabilities and show their potential to contribute to society.

Though it took some time to attract the first clients, according to Dilbandyan, once a client visited the salon, they would leave with an unforgettable impression.

While Andranik was not convinced of the idea initially, he eventually chose to enrol in the project. First, Andranik attended conferences and training courses abroad, and after a year of training, he was certified as a professional masseur.

However, according to Dilbandyan, due to financial challenges, exacerbated by legislative gaps and a ‘destructive rather than supportive state approach’, the enterprise was forced to shut down.

Though Andranik tried to work with other businesses and salons, all of his attempts were met with flat refusals. He says he also faced gender-based discrimination because spas and salons ‘want female masseuses’.

He is currently self-employed, working seasonally for personal clients both Armenian and foreigners, though the majority are tourists. So far, no client has had a problem with his disability. While Andranik cannot see, he says he can feel the smiles on their faces, which gives him fulfilment.

Andranik, his wife, and their two-year-old daughter live in a rented flat in Yerevan. Besides his seasonal work, his only income comes from his monthly disability benefits, which are around ֏20,000–֏25,000 ($40–$50).

He thinks the law should be amended to grant companies tax privileges for hiring disabled people.

There are currently 1,540 blind or visually impaired people registered with the Armenian Association of the Blind.

According to Martin Sargsyan, the deputy president of the Association, 215 of them work in enterprises founded by the Association, manufacturing industrial products used in lifts and transformers, among other things.

However, due to financial and export challenges, the enterprises are unable to work at their full capacity. Sargsyan says that cheaper Chinese goods undercut their prices, reducing their ability to employ visually impaired people.

When choosing a career path, blind people in Armenia do not always have the chance to explore careers based on their interests, not to mention their passions. In addition, in most cases, the strategies to address this issue are at an individual, rather than a policy, level.

However, both Rafayel and Andranik have not lost hope. They have managed to find their passion and are resolute to champion it. 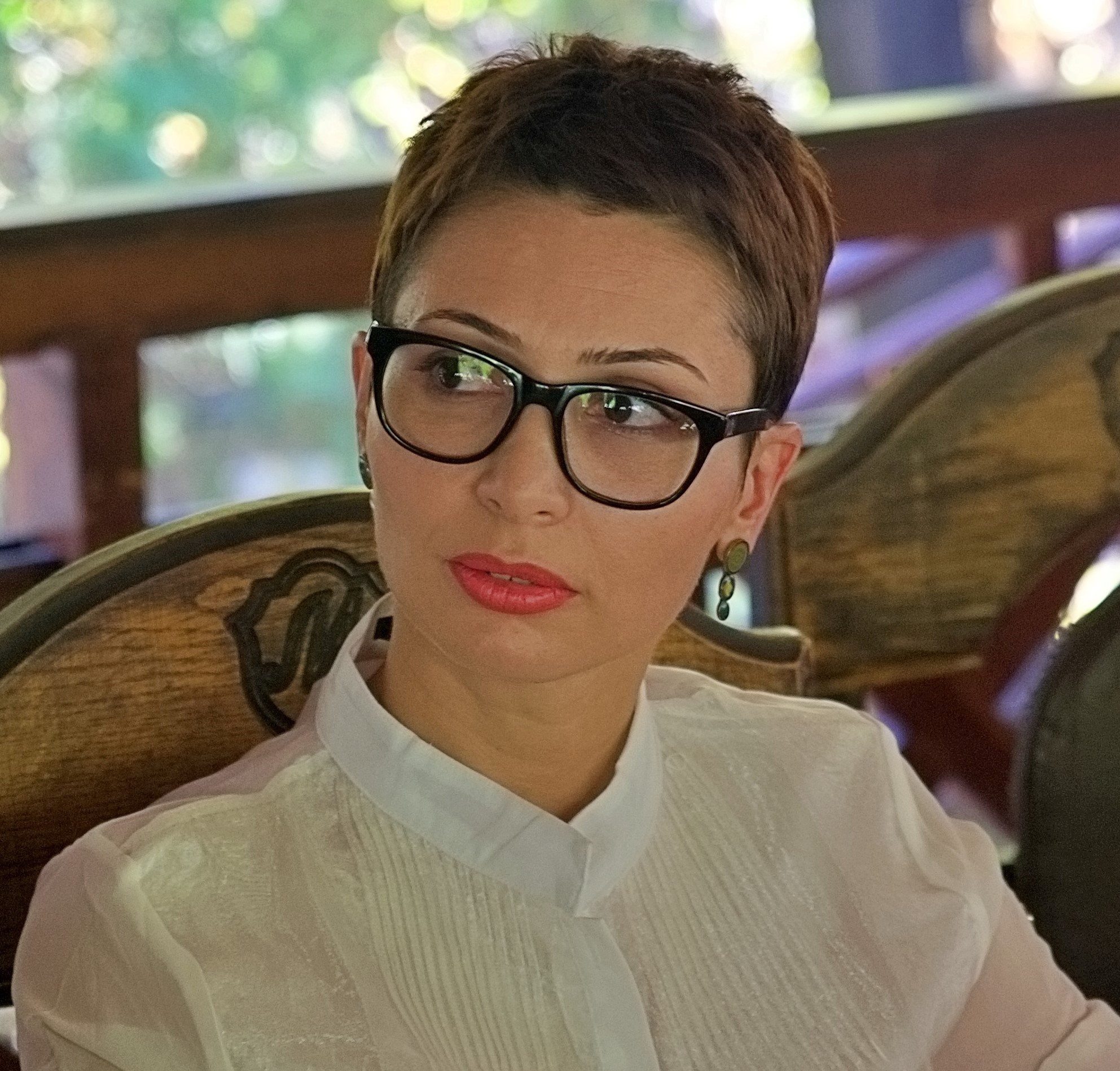 Manya is a reporter, translator, and content writer based in Yerevan, Armenia. She contributes to regional and international publications and covers social, cultural, political, and human rights issues.