Armenia’s Ministry of Education has come under intense heat after circulating a draft regulation on New Standards for General Education that would overhaul the country’s public education system. Some critics have accused the ministry of trying to oppose the country’s ‘national values’.

The new standards are meant to transform schools into an ‘environment for creativity’ where rather than studying specific facts to pass tests, students develop more general and longer-lasting competencies.

Additionally, schools will be given substantial freedom to plan out their curriculum with only four subjects having mandatory fixed teaching hours: Armenian Language, Armenian History, Mathematics, and one foreign language.

The bill has raised serious concerns among the public and ignited a firestorm on social media — often due to misinformation. Concerns raised focus on the proposed reform’s supposed exclusion of  ‘national values’ from the curriculum, with some critics going so far as to call it a ‘threat to national security’.

‘Besides the four political mandatory subjects, the state does not define any other subject,’ she said. ‘We are allowing schools to create their own educational plan, and if schools find this or that subject necessary to reach the desired learning outcomes, then they will have that opportunity.’

The deputy minister said this added flexibility would not mean that key topics could be totally excluded from the curriculum since all subject groupings — thematic collections of subjects —  would still have a minimum number of mandatory teaching hours.

The new education standards would also entail a new assessment system for older students. For students in the fifth year of schooling and above, grading would be out of 10 with no failing grade.

Meanwhile, for students below the fifth year of schooling, summative assessment (numerical grading) would be removed. Instead, a formative assessment system would be employed with students receiving constant feedback from their teachers to be able to identify their strengths and weaknesses.

The new standards were developed by working groups that included 70 education experts and teachers and were financed in part by the World Bank and the European Union.

‘A threat to national values’

Critics of the standards have been particularly incensed that Armenian Church History, previously a separate subject, is being taken out of the curriculum and instead incorporated into Armenian History and a new subject called ‘Me and My Homeland’.

There has also been anger over the replacement of Armenian Literature with just ‘Literature’. The new course would have contemporary  Armenian writers in the elective reading lists, including authors who mention sexuality in some of their writings — though the specific works that contain sexual materials are not included in the syllabus or standards.

Tamara Aleksanyan, head of the working group for Armenian Language and Literature, has said that the lists are being reviewed based on recommendations and discussion held with teachers. ‘We are very careful with our decisions,’ she explained. ‘We make decisions based on age groups. I myself am against providing concepts to children they are not ready for.’

Armenian Church History has been taught in Armenia’s public schools since 2002. The Armenian Apostolic Church, which developed the textbook currently in use for the course, has criticised the ministry for dropping the subject without consulting with them.

Deputy Minister Andreasyan, in an interview with Aravot, denied that the ministry had not consulted with the Church, stating that they had met with a church representative and presented the new standards to them. According to Andreasyan, they were expecting recommendations from the Church but never received any.

The Church has disputed this version of events, stating that they had agreed not to hold further consultations before sending recommendations, which never took place.

Based on these new standards, church history will be taught in new courses called ‘Me and My Homeland’ and ‘Me, My Homeland, and the World’ in the fifth and sixth years of schooling, respectively. The two new courses will cover Armenian history, culture, religion, geography, and more.

Church history will then be taught as a part of  history classes in the seventh and eighth years of schooling.

‘The family as an insignificant part of society’

Sexual Education and how it will impact students have also garnered heated criticism. Ani Hovhannisyan, editor of Analytik News and a member of the far-right VETO organisation, has launched a platform called ‘Safe Education’ to oppose the idea.

According to her, a group of experts, teachers, academics, doctors, and concerned parents will be discussing this topic and preparing a document which will outline the ‘dangerous provisions’ that should be taken out of the new standards.

Hovhannisyan has falsely claimed that the proposed sexual education curriculum has an improper focus on identifying body parts — including genitalia—  as well as teaching the use of contraceptives to young children.

The former is already part of the Armenian education curriculum, and the latter is only proposed to be taught to students from the 12th year of schooling onward.

Hovhannisyan’s other complaints include having the word ‘family’ seldom repeated in the Social Studies course ‘making the concept of the family be perceived as an insignificant part of society’. She criticised the new curriculum for having an overly strong focus on ‘tolerance’ and respect towards others ‘while the country is at war with an enemy that teaches their children to hate Armenians starting from kindergarten’.

She has also warned that despite not covering the subject, the new curriculum is a cover for introducing an ‘LGBT-inclusive’ curriculum in the future.

‘No conspiracy against Armenianness’

The first outcry over the new literature curriculum was triggered by the apparent lack of Armenian authors from the Middle Ages in the subject.

Shortly thereafter, Tamara Aleksanyan, head of the working group for the subject, told Armtimes that these writers were included, but their names were not mentioned in the document. She said this would be rectified in a revised version.

There has also been anger about the change of the course currently known as ‘Armenian Literature’ to just ‘Literature’. The ministry has justified the name change as a more accurate representation of the course materials as the updated course will include both Armenian and non-Armenian authors.

Academics have also been chiming in. Head of the Contemporary Armenian Literature Department at Yerevan State University, Seyran Grigoryan, has stated that the document is ‘stupid’.

‘It is so full of nonsense that discussing and refuting the document point by point would also be stupid,’ he wrote.

Azat Yeghiazaryan, a professor at the Philology Department at Yerevan State University, stated that these standards would teach egoism, selfishness, and individualism.

‘The concept of the homeland has been pushed back,’ he wrote. ‘The word patriotism is not there or has a secondary nature in the document.’

‘Terms such as patriotism and homeland shouldn’t be abused,’ Education Minister Arayik Harutyunyan said in an interview with Armenia’s Public Broadcaster, adding that many of the criticisms were entirely spurious and that there is no ‘conspiracy’ against ‘Armenianness’.

On 30 July, Yerkir, a news outlet financed by the opposition Armenian Revolutionary Federation party, published an article claiming that the proposed education standards warp Armenian history through the introduction of ‘Turkish concepts’.

The article attempts to substantiate its allegation by pointing out that Lilit Mkrtchyan, the head of the reform’s Armenian History working group, has supported a normalisation of relations between Armenia and Turkey.

They said she had also cooperated with Turkish NGOs, in particular the Istanbul-based History Foundation (Tarih Vakfi), in conducting research on education systems in the two countries.

While the Turkish Government has an official position denying the Armenian Genocide, the History Foundation has openly called into question Turkey’s official historical narratives and supports the recognition of the genocide.

The article concluded by calling Mkrtchyan a ‘traitor’ who should be liable to face trial for her actions.

Mkrtchyan defended herself and the new standards during an interview Armenia’s Public Broadcaster, quipping that the National Security Service should look into the text of the draft law.

‘If they don’t find anything, I will take those who have made these claims to court for defamation’, she said.

Narek Manukyan, an education policy researcher, told OC Media that the draft document containing the new standards has been easy to manipulate by both opponents and supporters of the reforms — because of its inaccessible language and a lack of explanatory content.

‘Besides stating what they are changing, they have to explain why’,  Manukyan said. ‘They have to justify it.’

He also raised concerns about training teachers and schools in time. ‘Today, we have 30,000 teachers in the country,’ Manukyan said. ‘Two years is not enough. They’ve designed a rocket to go to space, but don’t have an engineer.’

Anna Babajanyan, who has been coordinating the new standard working groups, told OC Media that the bill is democratising the country’s approach to education. She said that teachers were being consulted during every step of the process.

According to Zhanna Andreasyan, the ministry has conducted numerous online discussions with teachers and other stakeholders about the new bill, and have spoken to roughly 6,000 people in the last few weeks alone.

According to the ministry, once approved, the standards will come into force for the 2022-2023 academic year. A pilot project on some programme specifics will be launched at select schools later this year. 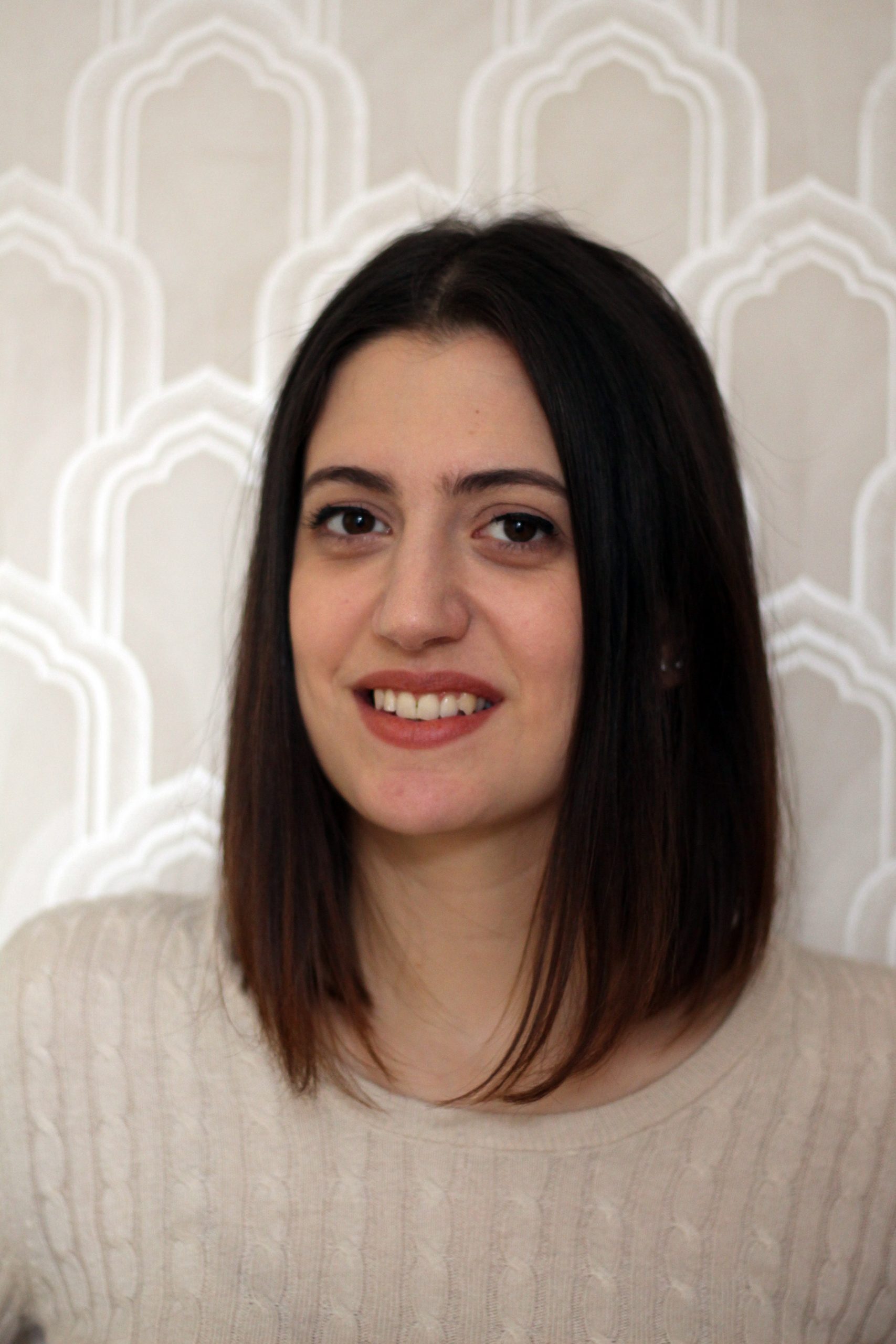 Originally from Toronto, Canada, Dvin has been living in Armenia for the past 19 years. After many years of working soul-crushing jobs, she finally took a risk and quit to pursue her flirtation with writing. After working as a freelance consultant, copyeditor, and translator for a year, she joined OC Media in the autumn of 2019 covering everything Armenia. She is also proud of her side gig as a full-time mum of two little boys.