Misinformation and disinformation have become common concerns around the world. Georgia is no exception, with the majority of the internet-using public concerned about fake news online.

Caucasus Barometer 2021, an annual household survey run by CRRC, investigated a range of attitudes and behaviours related to social media in Georgia. 27% of those surveyed felt that social media had a negative effect on the country, 18% a positive effect, and 42% a neutral or mixed effect.

Of those that thought it had a negative effect, 40% reported that the main reason for the negative effect was misinformation. This answer was by far the most common response to the question. 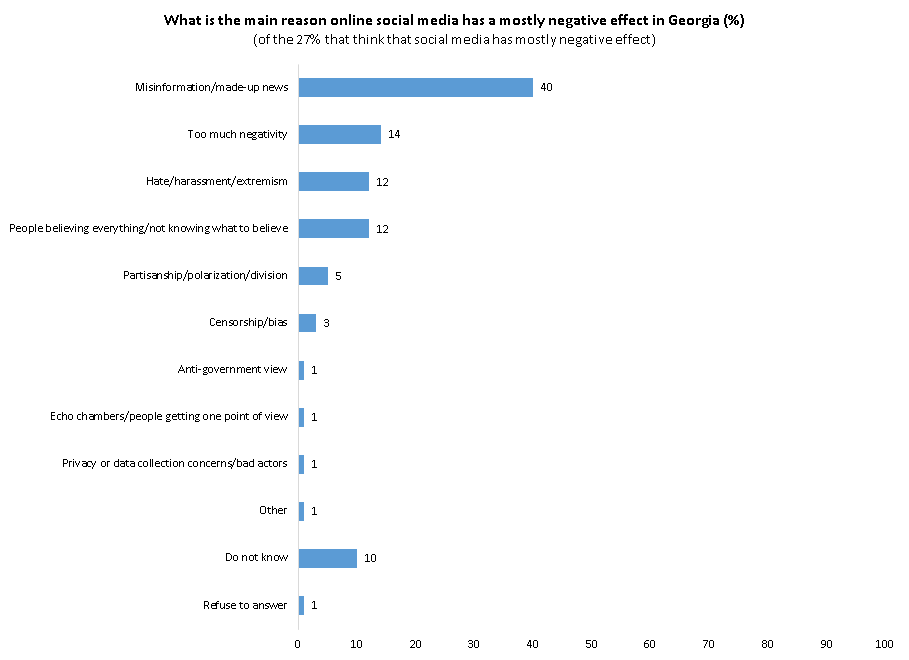 Other social and demographic variables such as sex, education, ethnicity, employment status, wealth, and having children in the household were not associated with attitudes towards false information on Georgia’s internet. 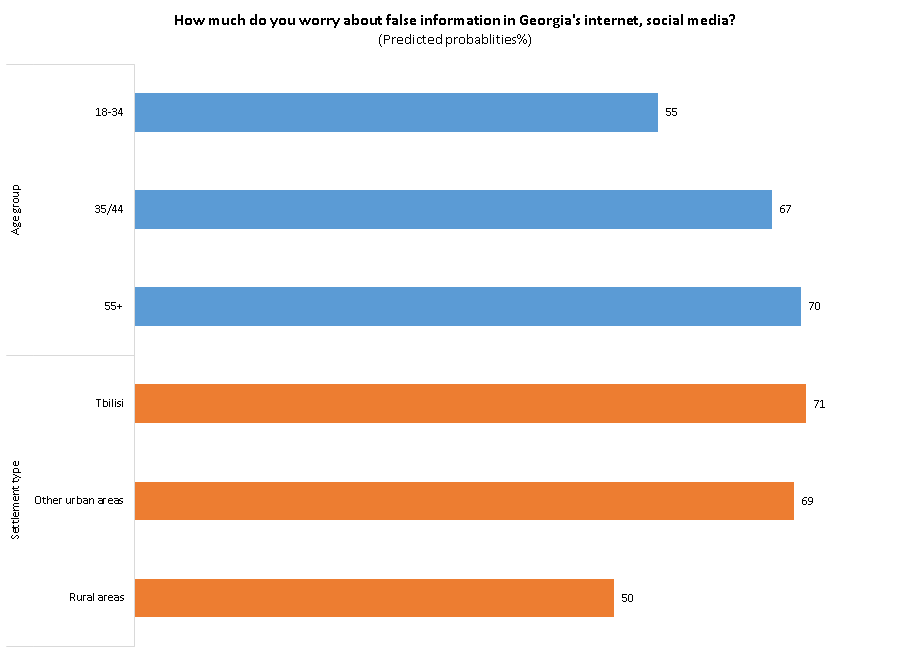 More than half of the internet-using population said that lately, they had noticed misleading or false information online about the COVID-19 pandemic (67%), elections (64%), and Georgia’s domestic politics in general (59%), while 43% say the same regarding global politics. 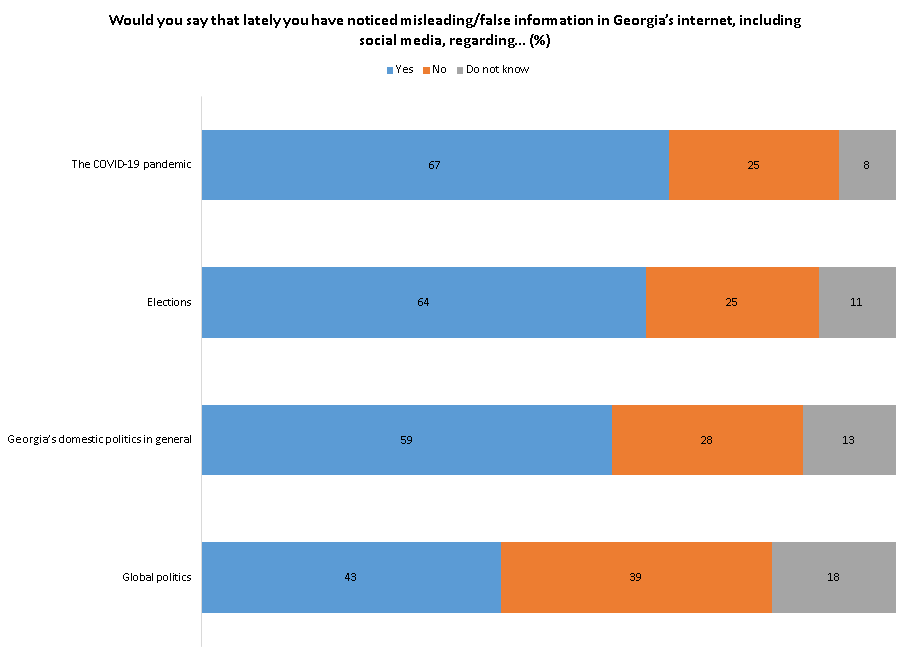 When it comes to reasons for disseminating misleading or fake news, 43% of Georgians think that the reason is to confuse people and distract them from real problems. The next most common reasons were advancing a political agenda or position (15%) or getting more engagement with their content (14%). 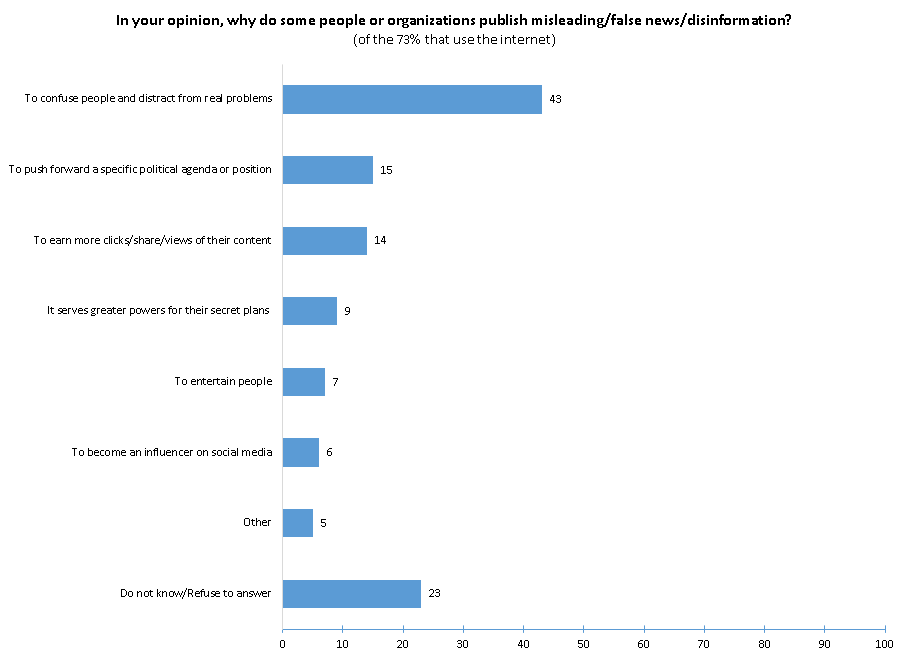 Around half (53%) of the internet-using population believe what they are reading on the internet but verify it in some manner. Some report using approaches like looking for the writer’s name and/or a publisher (36%), or looking at a URL address (4%).  A further 12% ask someone they trust, and 1% post on social media looking for clarification. 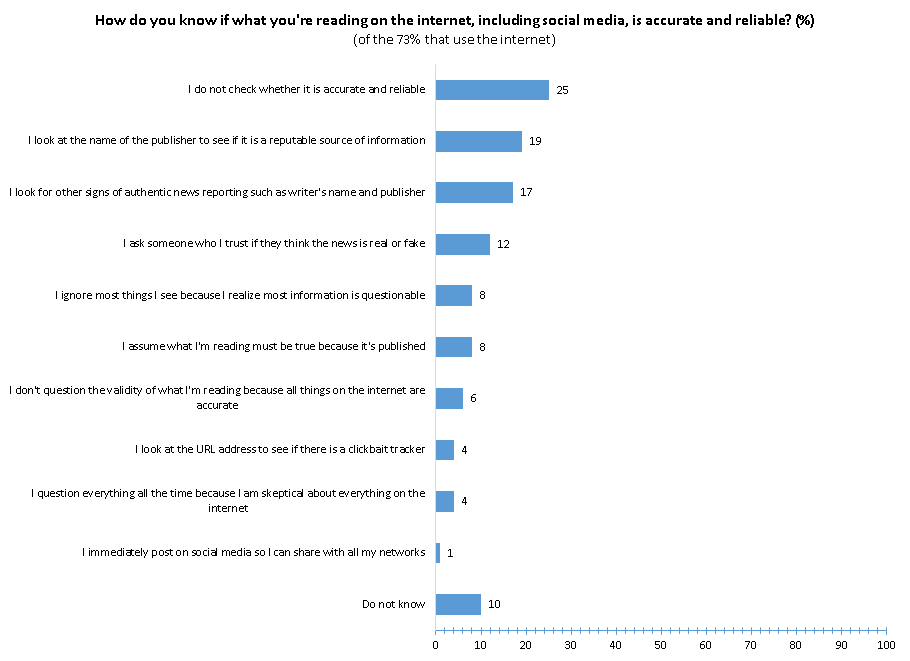 The analysis shows that most people in Georgia who use the internet worry about the spread of fake news on the internet and social media. However, a large proportion of people do not check whether the information they receive on the internet is reliable or not.

The data used in this article is available here. The regression analysis used in this article included the following variables:  Age (18-34, 35-54, 55+); Sex (male or female); Settlement type (Tbilisi, other urban, rural); Education level (tertiary or not); Ethnicity (Ethnic Georgian or ethnic minority); Employment status (employed or not working); Child dependency ratio (share of household 18 or under); Wealth index (A simple additive index of ownership of a number of durable goods within a household).

The views expressed in the article are the author’s alone, and do not necessarily reflect the views of CRRC Georgia or any related entity. 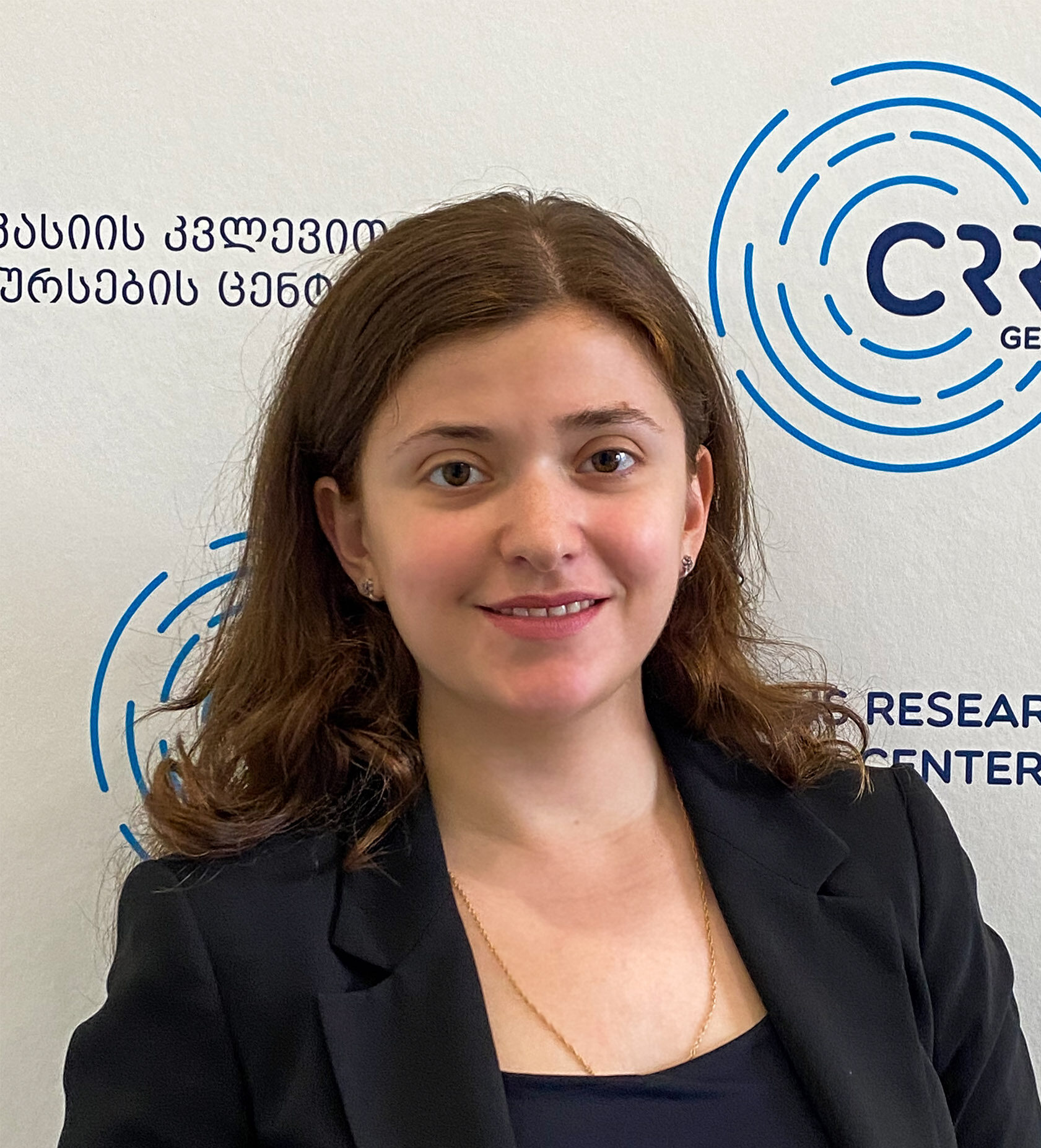 Salome is a researcher at CRRC Georgia.