CRRC’s latest survey shows that supporters of the ruling party are less likely than other parts of the electorate to believe that their government should offer more support to Ukraine, and that they are more likely to believe that Georgia should take part in only some of the sanctions against Russia or none at all.

Georgia’s political landscape has often been described as polarised, though data suggests polarisation in Georgia has little to do with contrasting ideological propositions or public policy.

Despite this, the main political parties on the Georgian political landscape do differ in terms of policy. The ruling party and the major opposition parties have argued for differing foreign policies towards Russia, while the ruling Georgian Dream (GD) party attempts not to antagonise Russia. The previously ruling United National Movement is uncompromisingly critical of Georgia’s northern neighbour, on the other hand.

In line with this rhetoric, the recent CRRC Georgia Survey on the War in Ukraine shows that supporters of the different parties often support different policies with regard to Ukraine. 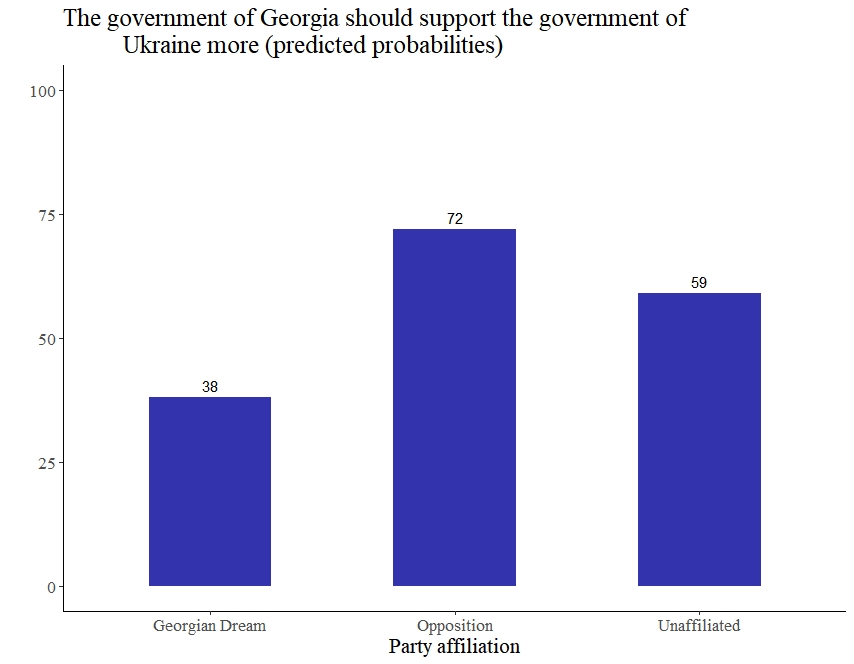 The survey included several questions regarding different ways to support Ukraine, ranging from temporarily receiving Ukrainian refugees to supplying Ukraine with weapons or allowing volunteers to go to Ukraine to fight. These questions were combined into a simple additive index ranging from 0, implying no support for Ukraine, to 15, meaning maximum support for Ukraine. The mean score on the index was 11.5, meaning that the public tended to be in favor of supporting Ukraine.

Controlling for social and demographic factors, a regression analysis suggests that opposition supporters tend to be more in favour of supporting Ukraine in various ways than GD supporters, as well as non-partisan voters. 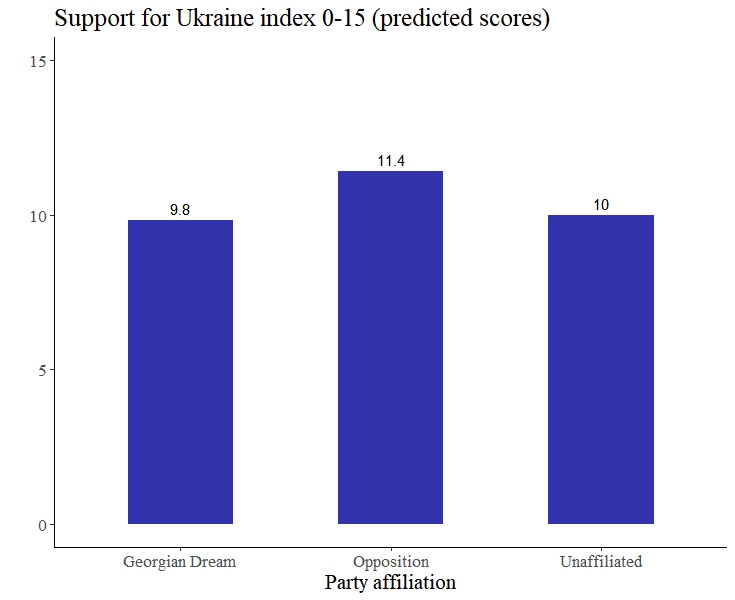 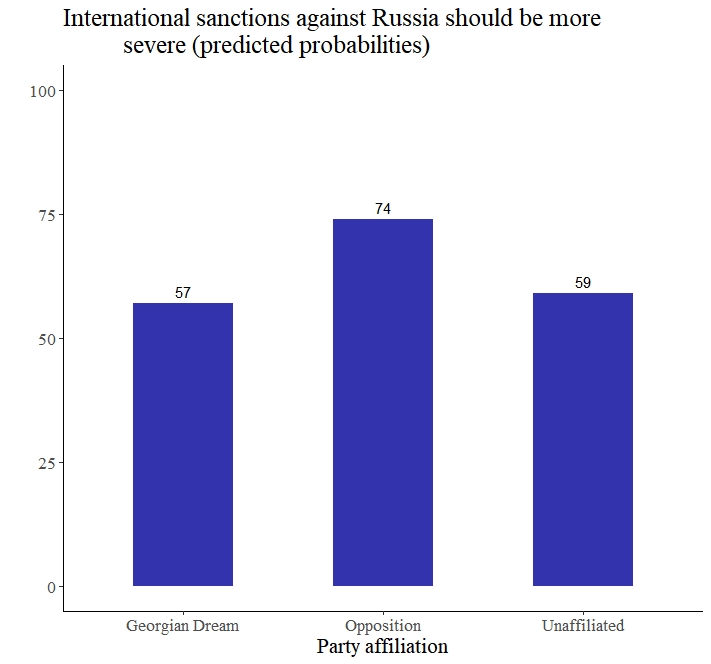 CRRC also asked respondents whether Georgia should take part in sanctions against Russia, and if so, whether the country should join in on all sanctions, take part only in some of them, or not take part in them at all. A regression analysis suggests that GD supporters differ from other groups in their attitudes towards Georgia taking part in the international sanctions.

Although the public as a whole is quite supportive of Ukraine, condemns Russia’s invasion of Ukraine, and approves of a variety of ways to support the government of Ukraine, there are substantial partisan divisions in views of where Georgia’s foreign policy should be.

Georgia Dream supporters diverge from not only opposition supporters, but from individuals that do not support any particular party. They tend to be less supportive of Georgia joining sanctions or the government being more vocal in supporting the government of Ukraine.

At the same time, opposition supporters diverge from supporters of the ruling party as well as other citizens that do not identify with any party in being more supportive of various ways to support Ukraine and intensification of international sanctions against Russia.

The views expressed in this article are the authors’ alone and do not represent the views of CRRC Georgia or any related entity.