The pandemic has clearly harmed people’s health, yet new data from the Caucasus Barometer Survey suggests that people considered themselves more healthy in 2020. 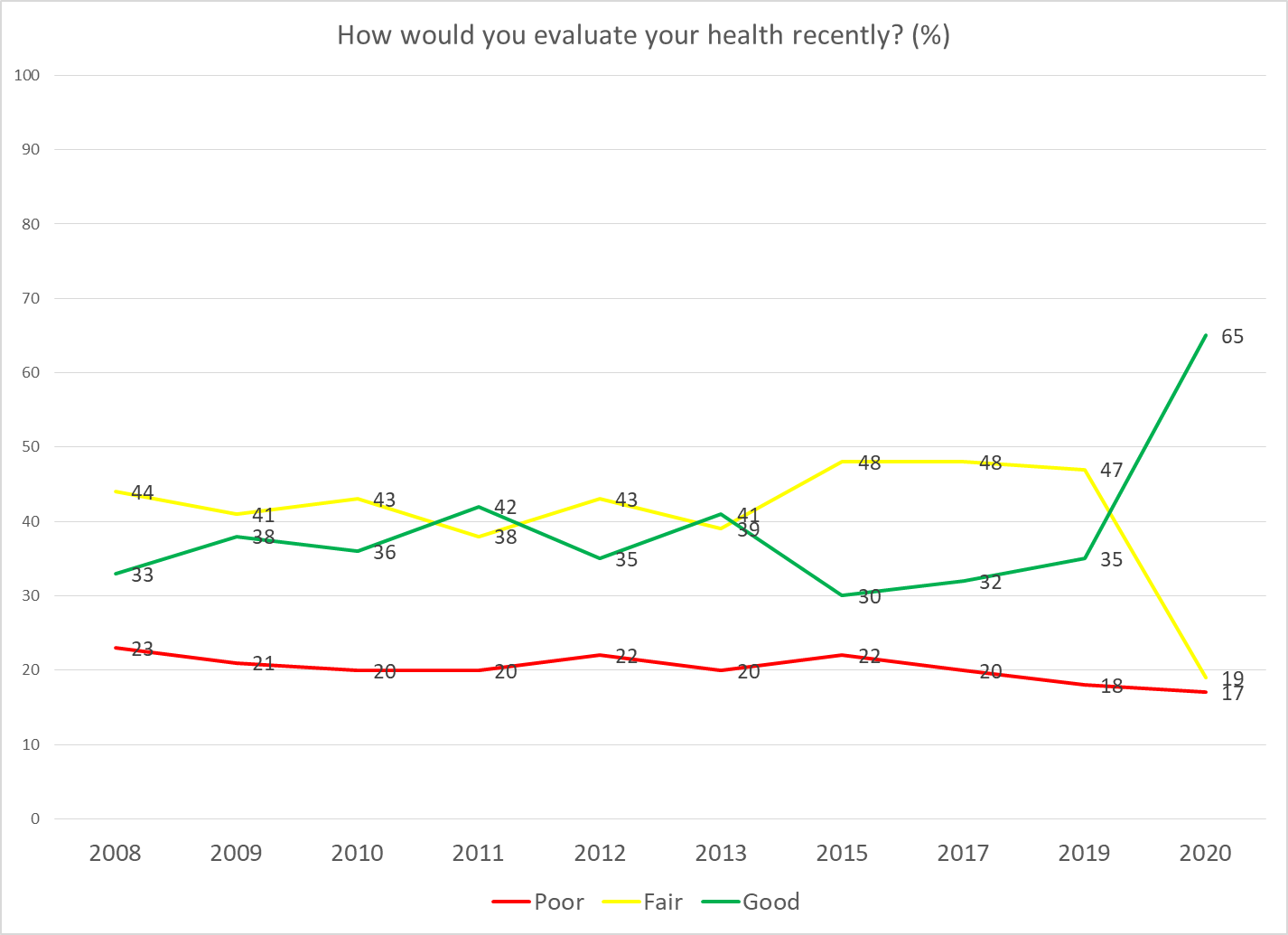 In light of the pandemic, this leads to the question, why are people so positive about their health?

One plausible explanation is that people view their own health relative to others, just as people view their material wealth relative to others. Supporting this contention is the fact that after controlling for social and demographic variables like age and sex, individuals that either tested positive or had a family member that tested positive for COVID-19 were 16 percentage points less likely to rate their health as good.

Aside from why people feel they are relatively healthier, the data also shows which groups in society think they have gotten healthier.

The gains in perceived health were seven percentage points higher for men than women. 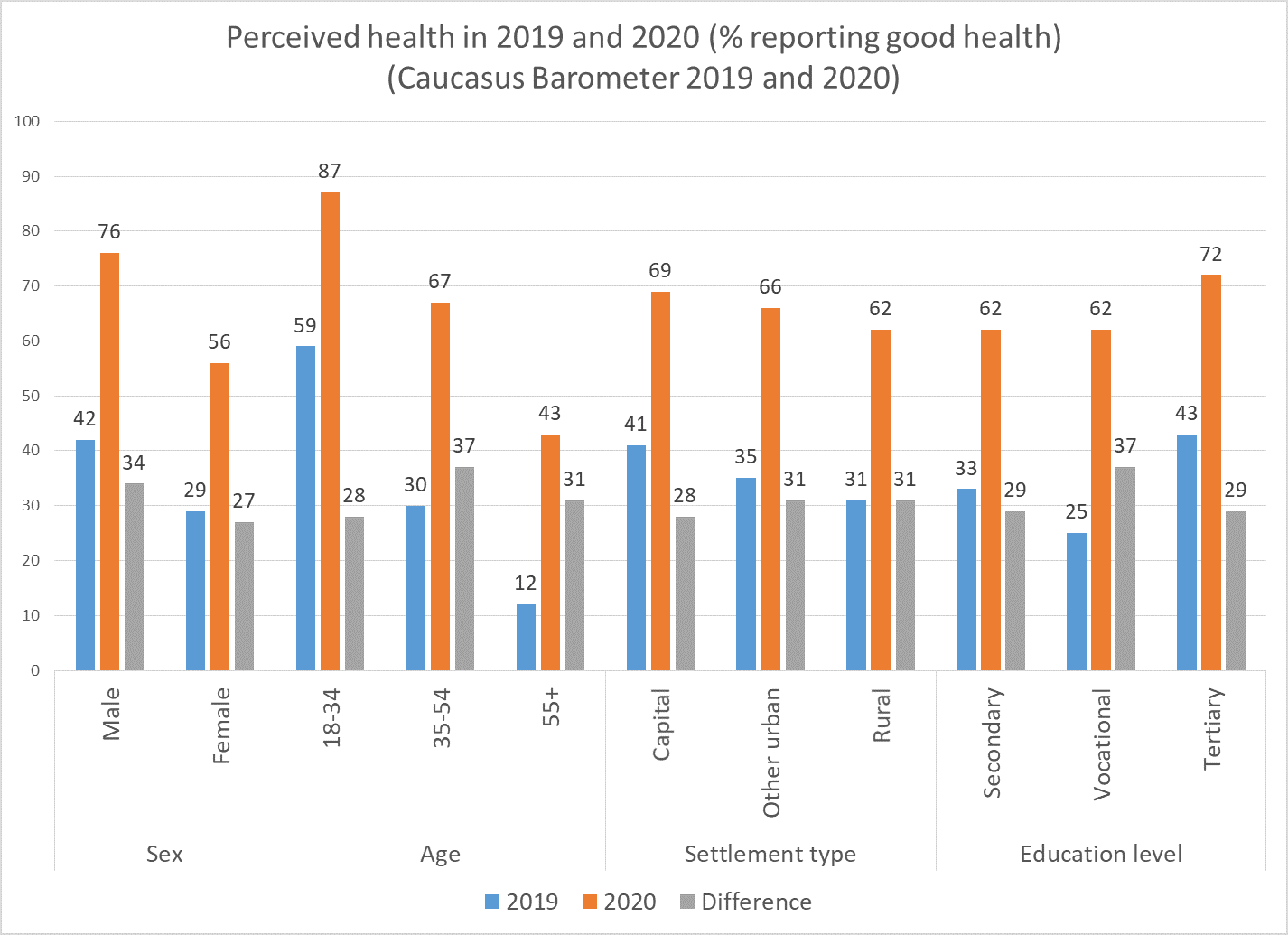 While there were differences in how much self-perceived health changed in light of the pandemic, the data still suggest that there are differences between groups.

The Caucasus Barometer 2020 data is at first perplexing: why would people feel healthier in the middle of a pandemic after all. However, when considering their health relative to those who have had COVID-19, people appear to feel relatively good.

The data suggests that the increases in perceived health was present across all segments of society. Yet, the data also shows that these increases were not equal among all.

Note: To view the data used in this article, click here. The regression model noted above controls for individuals ethnicity (Georgian or minority), age (18–34, 35–54, 55+), sex (male or female), wealth (proxied by the number of durable goods they own), settlement type (Tbilisi, other urban, rural), education level (secondary, vocational, or tertiary), and whether or not they or their family member tested positive for COVID-19.

The views expressed in this article do not reflect the views of CRRC Georgia or any related entity. 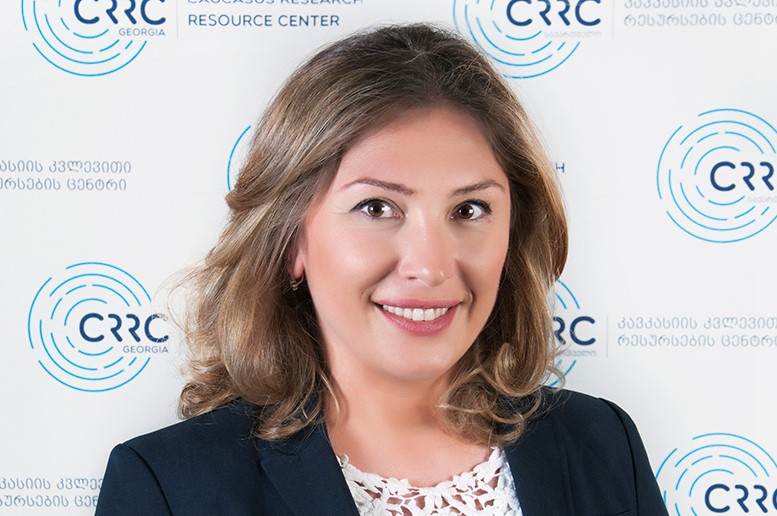