Armenian and Azerbaijani forces have exchanged fire along the border between Armenia and the Azerbaijani exclave of Nakhchivan just 66 kilometres from Yerevan.

The clashes, which took place in the vicinity of the Armenian village of Yeraskh and the Azerbaijani village of Heydarabad, reportedly began late on Monday night and lasted into the early hours of Tuesday. Two people were reportedly injured, one from each side.

While the situation along the Armenian border with Nakhchivan has been tense in recent days, small clashes have occurred along much of the Armenia-Azerbaijan border since early May. Earlier in July, an Armenian soldier was wounded in the shooting near the Verin Shorzha village of the Gegharkunik Province. 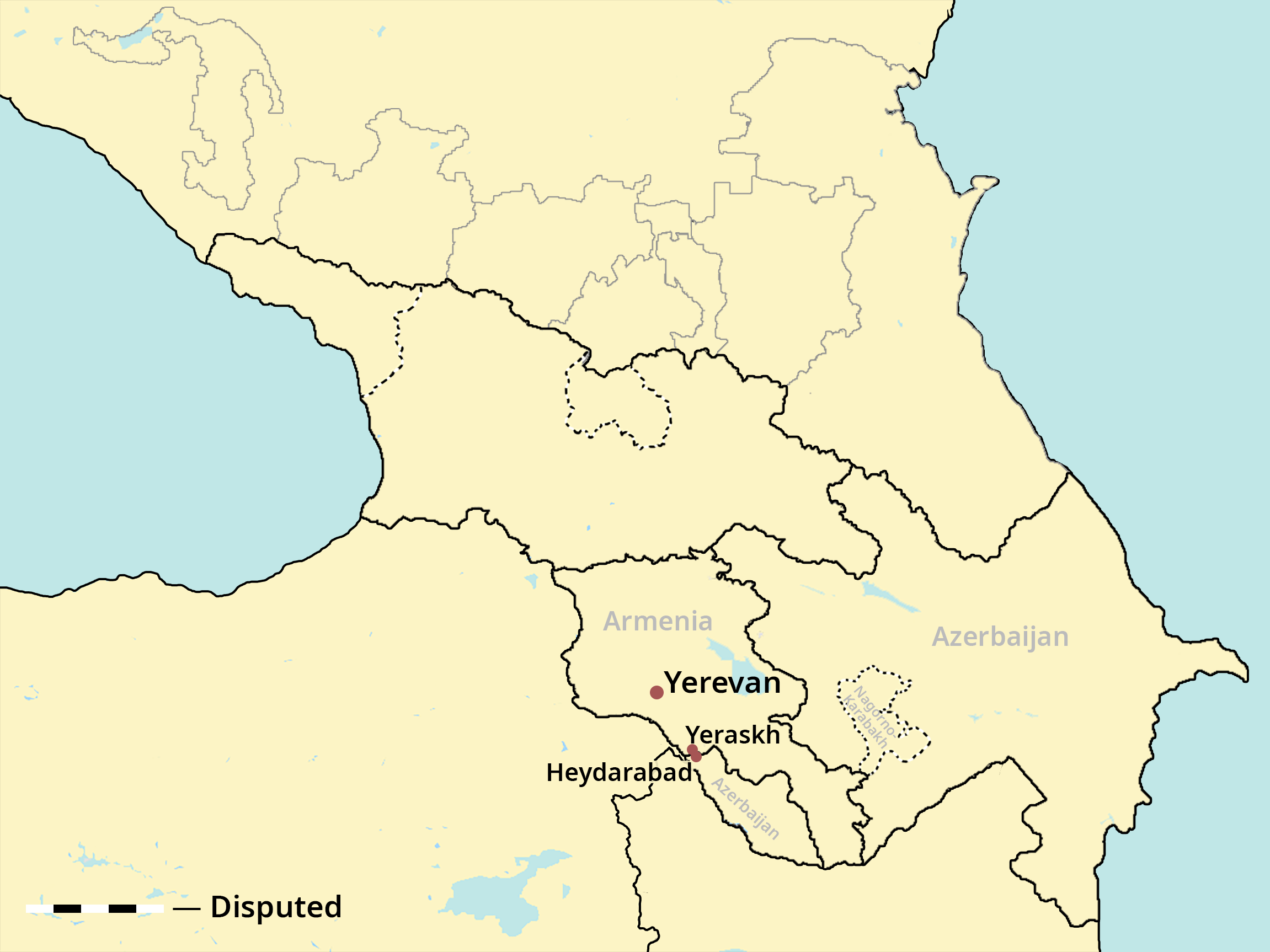 Following the latest incident, the Armenian Defence Ministry accused Azerbaijan of opening fire on Yeraskh using mortars. The village head, Radik Oghikyan, was injured, according to the ministry, while trying to extinguish a fire.

The ministry stated that it would not allow any change in the border, adding that the responsibility for any further escalation ‘falls on the military-political leadership of Azerbaijan’.

Similar statements were made by officials in Azerbaijan. According to the Azerbaijani Defence Ministry, Armenian forces fired in the direction of Heydarabad ‘using weapons of various calibres’.

Tensions along the northern border of Nakhchivan rose on 14 July after an Armenian soldier was killed as shots were exchanged over the border.

On the same day, Armenia reported that two of its soldiers had gone missing due to fog near Lake Sev, on the border between Armenia’s southern Syunik Province and Azerbaijan. No official information has since been released on their whereabouts, meanwhile, Sputnik has reported that, according to its sources, the two soldiers are currently in the custody of Azerbaijani authorities.

The area around the lake has been a hotspot since early May,  after an apparent incursion of Azerbaijani troops in the area as well as further north in Gegharkunik Province. No change in the situation has been reported since then.

Armenian Prime Minister Nikol Pashinyan has called for both sides to withdraw troops from the border. The proposal has not been accepted by Azerbaijani President Ilham Aliyev.