According to Azerbaijan, the heights were being used to shell the nearby Azerbaijani village of Tap Garagoyunlu, and frequent ceasefire violations posed a threat to the city of Naftalan and several other villages in Goranboy District. Before the April 2016 escalation, there had been casualties among the civilian population and damage done to their houses and farms. According to Armenia, the heights were vital to protect Armenian-controlled villages from shelling.

When Azerbaijan took control of these positions, they broke through the Ohanyan Barrier — a defensive line reinforced with trenches, barbed wire, and mines running across the entire Nagorny Karabakh line of contact. The line is named after former Armenian Defence Minister Seyran Ohanyan, who was dismissed in October 2016 in the aftermath of the clashes. 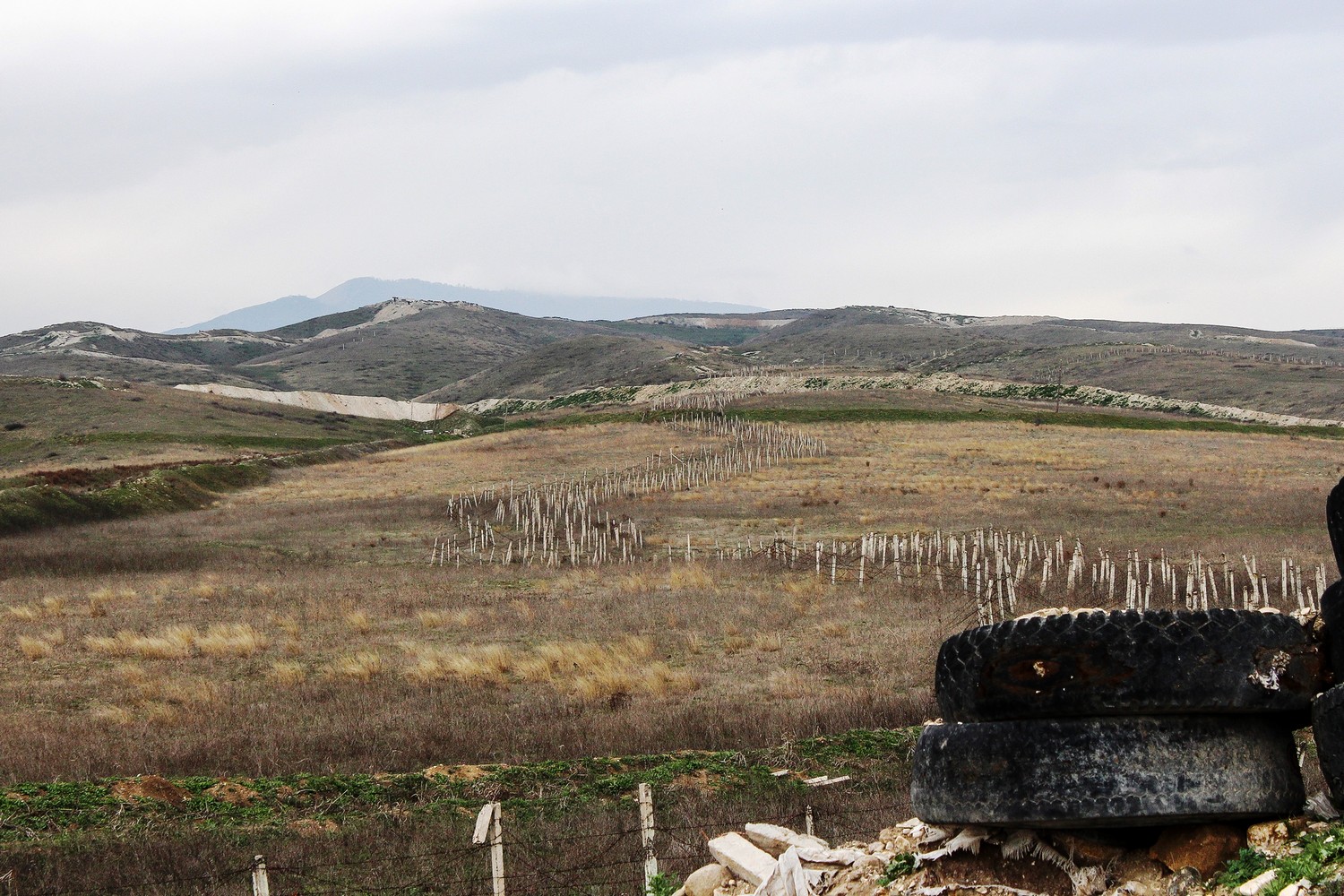 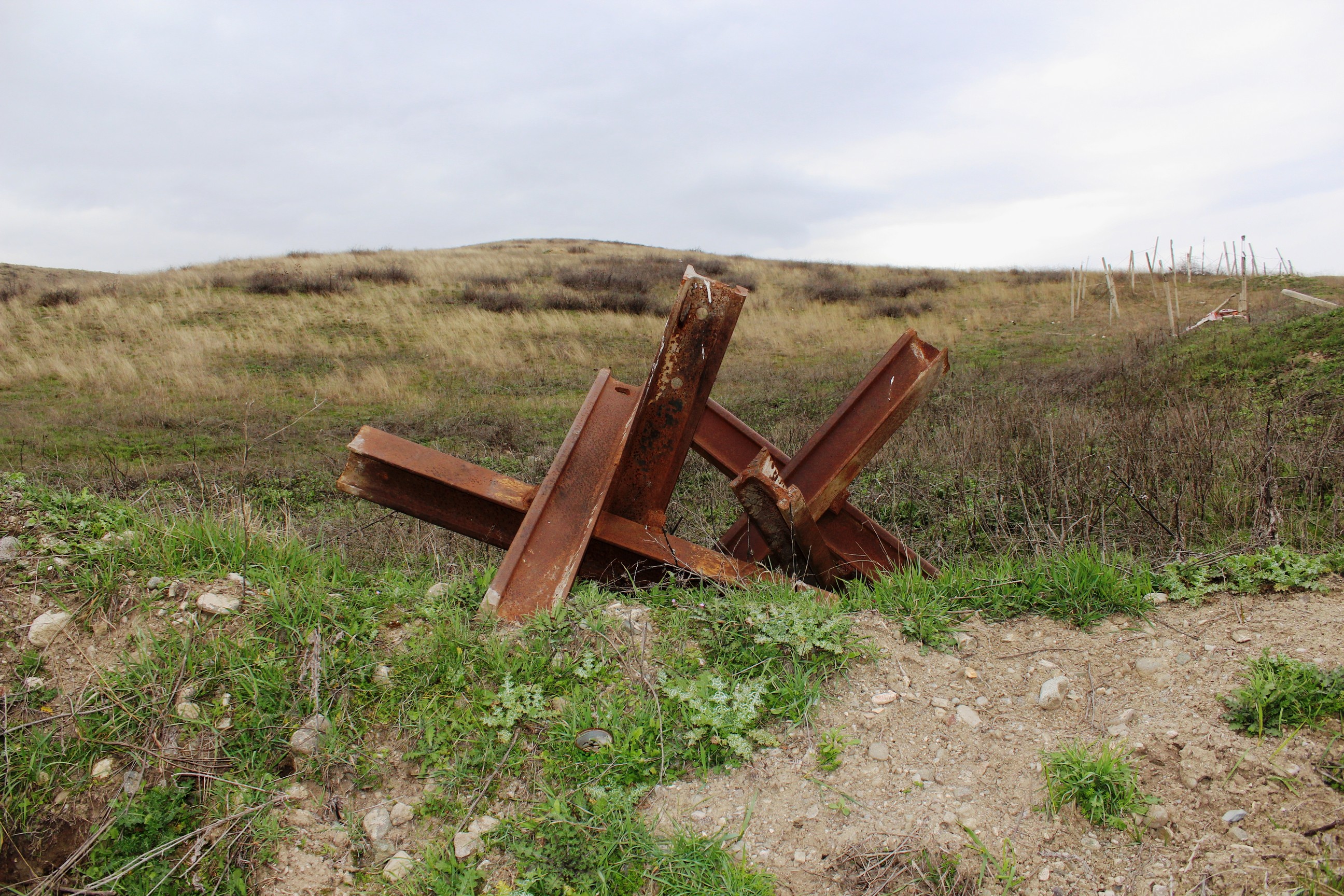 A trench and an anti-tank ‘hedgehog’ (Seymur Kazimov /OC Media) 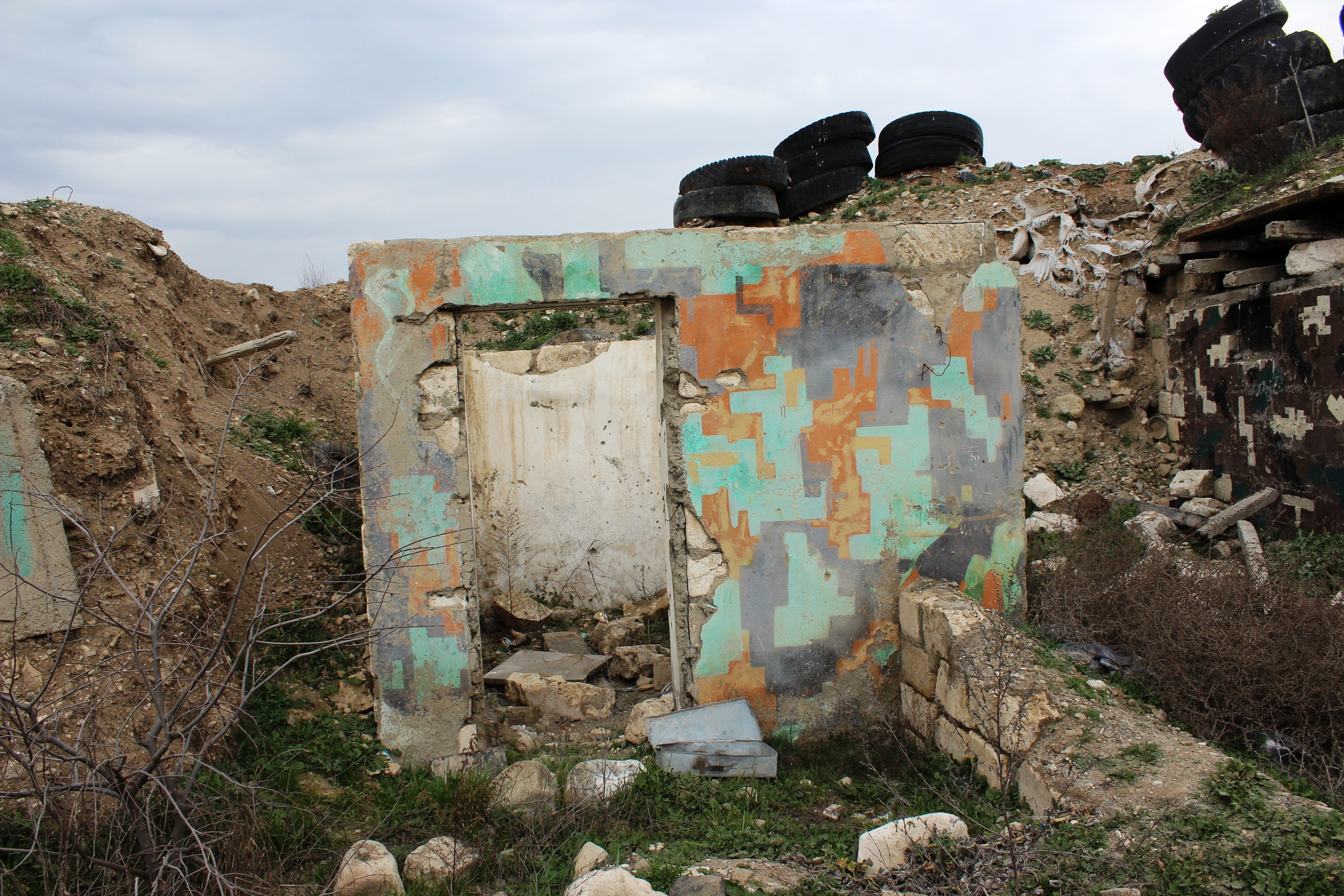 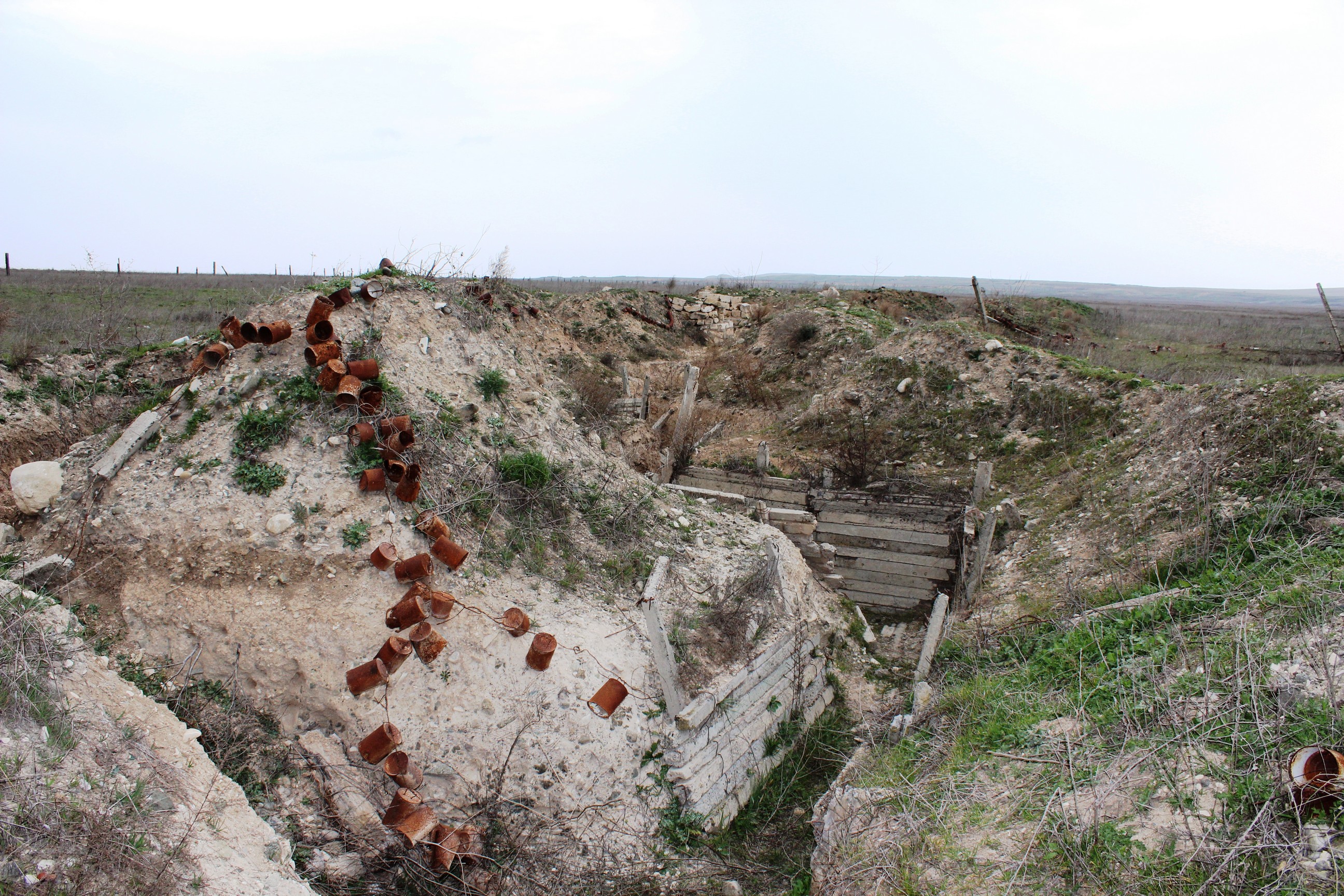 Inside and outside a military structure (Seymur Kazimov /OC Media)

[Read on OC Media: A year after the war in Nagorno-Karabakh’s frontline village of Talish]

This article is published as part of International Alert’s work on the Nagorny Karabakh conflict, which is part of the European Partnership for the Peaceful Settlement of the Conflict over Nagorno-Karabakh (EPNK), a European Union Initiative. All opinions expressed are the author’s alone, and may not necessarily reflect the views of OC Media, International Alert or its donors. The article was amended on 17 April 2018.

Gia Beriashvili and Davit Ratiani were killed on the Irpin front, northwest of Kyiv, on 18 March.