Labour legislation in Georgia is not gender sensitive, and does not comply with international standards. It does not protect women from being discriminated against, whether in the pre-contract stage or within the workplace. A vivid example to the inequality women face in the workplace is the huge pay gap between men and women for equal labour. There are no regulations covering equal pay in the country’s labour code, the Law on Gender Equality or any other regulation. This is yet another shortcoming in Georgian legislation, which has faced criticism over the years by both local and international organisations.

Oftentimes, women earn less than men even where they have greater experience and education. Many of the factors involved in this inequality rely on specific conditions of Georgia’s labour market. The most important factor affecting this is the labeling of certain jobs and fields as either ‘manly’ or ‘girly’. Women seldom achieve high positions in their career, both in the private and public sectors.

According to Georgia’s National Statistics Department, in the third quarter of 2016, the average salary for men in Georgia was ₾1180 ($440), compared to just ₾740 ($276) for women, giving men a 38% higher salary than women on average. Even in fields where women are more prominent, salaries for men remain significantly higher.

Georgian labour law was until May 2006 governed by the 1973 Soviet Labour Code. The Soviet code did provide some protection for women’s labour rights, but the government of the day introduced a complete overhaul of the legislation in 2006, abolishing a number of important protections (including labour inspection). The government adopted the new labour code without public consultations, with the new code based on free market liberalism.

The new code neglected to provide a minimum level of protection for employees: it didn’t prohibit discrimination during the pre-contract stage; verbal and short-term contracts were allowed, as was firing of employees without warning or explanation. It hardly touched upon labour rights for women, and in some ways encouraged discrimination. The code received harsh criticism from local and international organisations.

The next significant amendments came in June 2013, but these did not do much to improve women’s labour rights. The amendments did however prohibit firing a woman due to pregnancy and during maternity leave. Later the same year, on 27 September, a new amendment prolonged maternity leave and increased the state’s maternity allowance.

The government had promising a second wave of significant amendments to the code entirely dedicated to women, but this never emerged.

Women very often face discrimination before they even signing a contract. For instance, pregnant women and mothers are far more likely to be rejected for a job, and the labour Code allows this. While the code does prohibits discrimination in hiring, in practice there are no actual mechanisms to enforce this. The code does not compel employers to explain why they reject an applicant, and this allows employers to discriminate against women based on their gender.

The law does not regulate job interviews or the kind of questions which can be asked, such as questions which directly discriminates against the applicant and are not related to the job itself. The applicant is not protected from interference in their private life. Very often employers ask about marital status, future plans in private life, pregnancy, and in the end applicants may be rejected based on their answers.

While formulating policy to eliminate labour discrimination, it is important to consider the additional burdens women face in family and social life in Georgia, and the difficulties of combining family duties with a complex job.

In addition to these problems, there are other important shortcomings in the legislation, which results discrimination based on gender:

In order to solve problems with discrimination against women in the workforce, legislation needs to be improved, awareness raised, and mechanisms for controlling discrimination established by creating effective labour inspection. 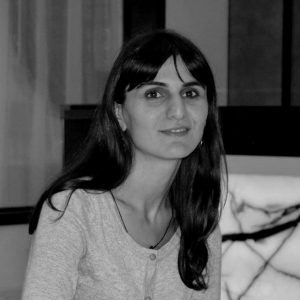