Georgians will head to polls on Saturday to elect 59 municipal and district heads (gamgebeli) and five mayors — in Tbilisi, Batumi, Kutaisi, Poti, and Rustavi. Voters will also elect 2,058 members of 64 local councils (sakrebulos). Those elected will serve four years in office.

Council elections are held under a mixed proportional and majoritarian system. The threshold for parties to win seats in the proportional lists is 4% of the vote.

Mayoral candidates will need to win more than 50% of votes to win in the first round, or face a runoff against the runner up.

Voters will receive three ballots: one to choose a mayor, the second to vote for a party in the proportional list, and the third to choose a majoritarian member of the local city council.

According to a report from the Washington-based National Democratic Institute (NDI), candidates in every constituency except Tbilisi have been allowed to run as both a councillor and mayor. This enables the leaders of political parties to secure a seat on city councils if they lose the mayoral race.

The election campaign started on 22 August, but the majority of parties and mayoral candidates presented their electoral plans only weeks before the elections, or never disclosed a plan at all.

According to the latest information from the Central Election Commission (CEC), 22 political parties, five political blocks, and one initiative group, are registered for the upcoming elections.

Still, the environment has been described as ‘polarised’ by the NDI. The ruling Georgian Dream has become a dominant political force in Georgia since defeating the previous UNM government in the 2012 elections.

Polls suggest Georgian Dream enjoys the strongest public support — 23% of NDI/CRRC respondents said the ruling party was the closest political party to them in June 2017, while UNM came second with only 9%. The far-right Alliance of Patriots and European Georgia both received 4% each.

However, 13% of respondents either refused to answer or said that they did not know which party was closest to them, while 37% indicated there is no party they identify with. This means that the number of undecided voters could have some impact on the vote. However, experience from previous years shows that these numbers often turn out to be widely inaccurate.

The ruling party received around ₾11.6 million ($4,664,290) in this period, while the next highest was European Georgia, with just under a million.

According to recent three-week declarations (which parties are obliged to submit every three weeks after the campaign starts) submitted to the Georgia’s State Audit, from 12 September to 2 October, only two political parties, Georgian Dream and European Georgia, spent money on outdoor advertising (billboards, posters, etc). During this period, Georgian Dream spent ₾1.6 million ($643,350) while European Georgia spent just ₾81,000 ($32,569).

The mayoral candidate for Georgian Dream is Kakha Kaladze, a former AC Milan player who resigned from his post as Energy Minister to run.

According to a July 2017 poll from NDI, Kaladze was the first choice of 30% of 2,261 respondents when asked who they would vote for Tbilisi Mayor if the elections were the next day. Independent candidate Aleko Elisashvili came second with 19%, while UNM’s Zaal Udumashvili lagged behind with 18%.

[Read on oDR: Mayor or manager? Tbilisi chooses its kingpin]

Kaladze has abstained from commenting on the performance of current mayor, also a member of Georgian Dream, Davit Narmania. When asked by Rustavi 2 on 17 October whether Narmania ‘was a good mayor or a bad one’, Kaladze responded: ‘What do you want me tell you, that he was good or bad? I think [it’s] incorrect’.

He has promised to ‘revive Tbilisi’s nightlife’, replace khrushchyovkas (Soviet-era low-cost blocks of flats) and end ‘urban genocide’. However, as the opposition has pointed out, recent developments around the controversial Panorama Tbilisi project have been another failed test for Georgian Dream in normalising the city’s urban development.

[Read on OC Media: How and why a piece of central Tbilisi was sold for ₾1]

As for Khrushchyovkas, the promise has long been made, but Kaladze has not disclosed a plan for their demolition, and it is unclear how this will fit into the general development plan for Tbilisi.

The UNM candidate  is Zaal Udumashvili, a former anchor of major news programme Kurieri on the most popular, opposition-leaning, TV Channel Rustavi 2. Udumashvili has also promised to ‘pay special attention’ to Tbilisi’s urban development, but added that he could not interfere with already completed projects, or ones in progress.

According to the July 2017 poll from the NDI, Udumashvili was the first choice of the 18% of interviewees when asked who would they vote for Tbilisi mayor if the elections were the next day. Twelve per cent said they did not know who their first choice would be. However, the poll was conducted between 18 June and 9 July, when not all candidates had declared or confirmed their participation in the elections.

Aleko Elisashvili, a long-standing anti-establishment activist and urban policy specialist, has stepped in as an independent, non-partisan candidate for Mayor of Tbilisi. Elisashvili, who has been in charge of independent urban planning group Tiflis Hamkari and protested against the controversial Panorama project, was supported by 19% of respondents in the NDI poll. He has promised to stand up to corporate interests, and so far, has been portrayed in Georgian media as the top challenger to Kaladze, along with Udumashvili.

Other than NDI, Rustavi 2 also commissioned a poll on the Tbilisi mayoral race in early October. They claimed 34% of their respondents would vote for Kaladze and 14% each for Elisashvili and Udumashvili, with European Georgia’s Elene Khoshtaria supported by 5% of their interviewees. Edison Research completed the poll between 22 September to 2 October, questioning 1,200 eligible voters.

According to this poll, two percent of respondents would vote each for Irma Inashvili, a female mayoral candidate for the far-right Alliance of Patriots, and Giorgi Gugava from the fringe Labour Party. Kakha Kukava, from the Democratic Movement (often portrayed as being pro-Russian), former UNM member Giorgi Vashadze from Akhali Sakartvelo, and Tengiz Shergelashvili from the Development Movement, would get roughly 1% each. Thirteen per cent said they were undecided, 7% refused to answer, and 6% said they would not support any of the candidates.

4. Elderly in Azerbaijan: venerated yet lonely 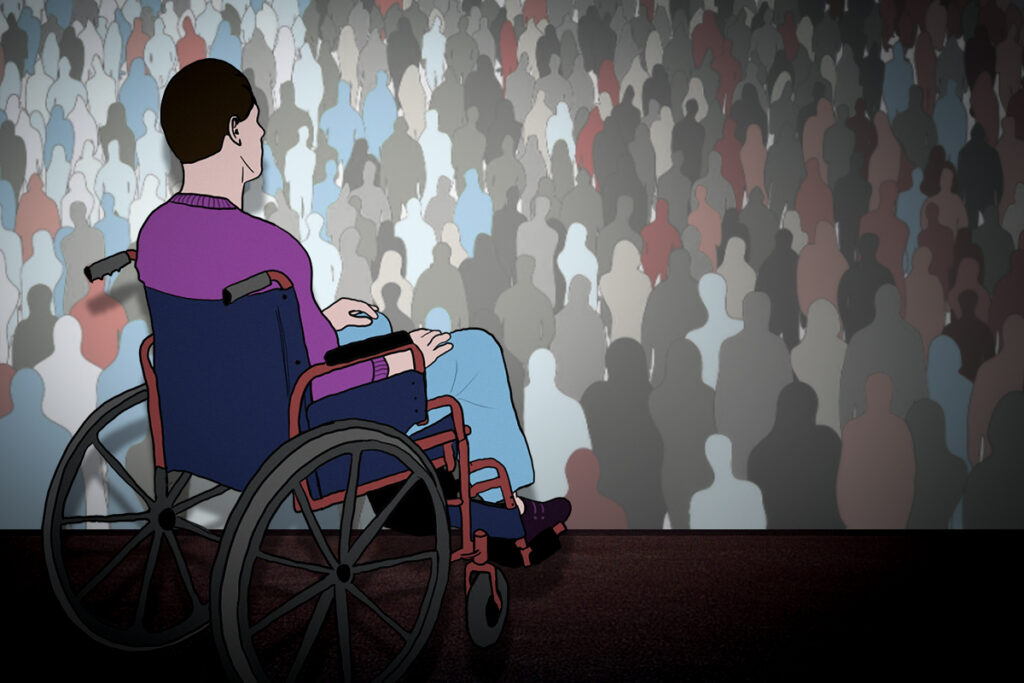 Opinion | Now, more than ever, Armenia must secure the rights of people with disabilities