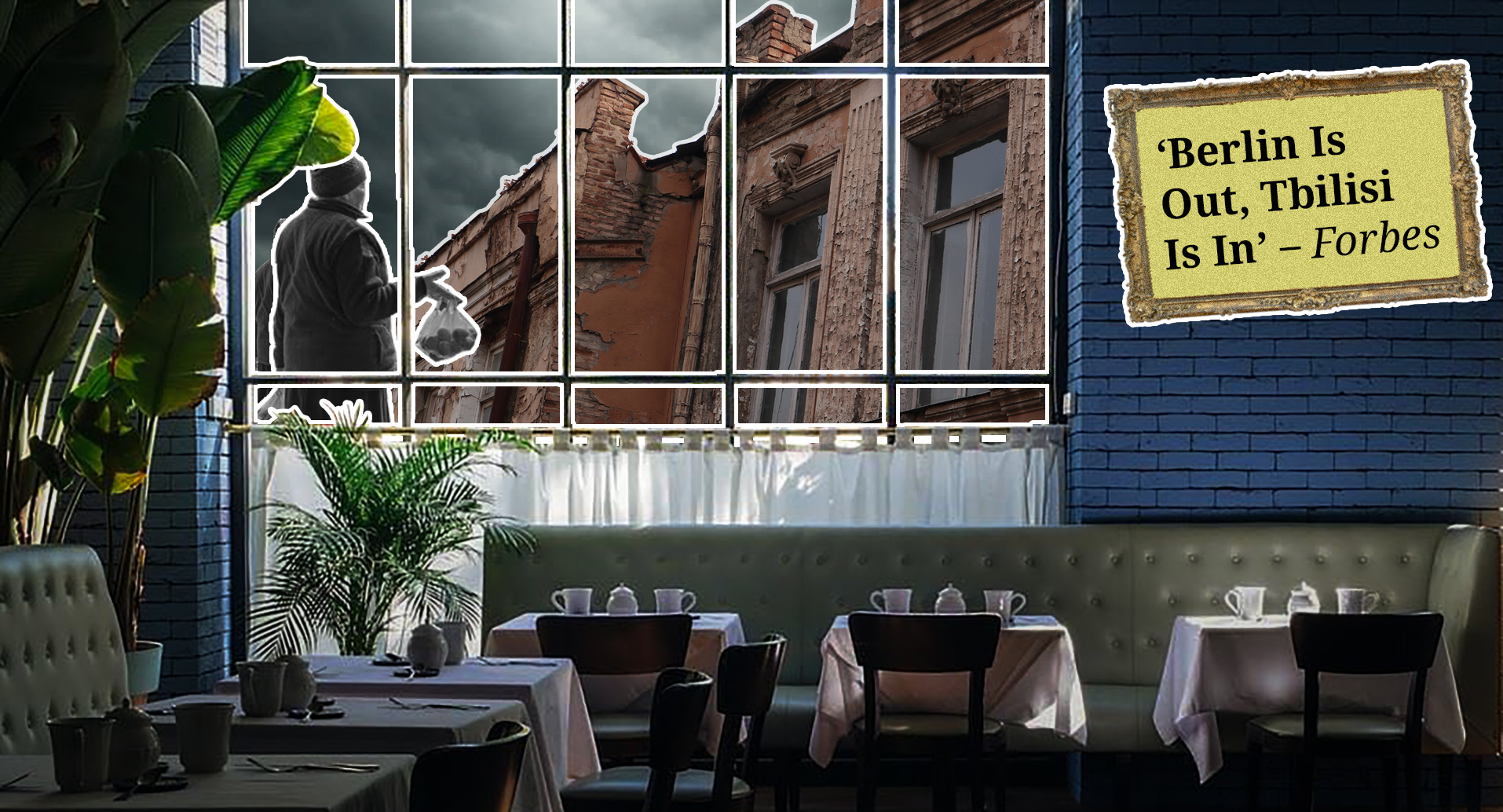 Georgia’s capitalist transformation has created a new social and political order imbued with the spirit of social Darwinism, and Tbilisi is a city emblematic of this post-communist order. The social injustice and poverty generated by this order, however, is disguised in Georgia’s capital by a façade of development.

Tbilisi is a city of extremes, where rich and poor live side-by-side. This is typical of a post-soviet, capitalistic city: full of dramatic contrasts.

The spirit of the new capitalist order is strikingly visible here: expensive cars drive by beggars lining the streets, cheap bakeries for the poor stand next to expensive cafés for the rich, street vendors struggling for everyday survival peddle their wares outside the banks to whom they owe debts. This is a short list of Tbilisi’s contrasts.

But for some, Tbilisi is an attractive and exciting city. Certain travellers and expats are fascinated by the globalised, capitalistic atmosphere of the city. They enjoy Tbilisi’s well-dressed hotels and cafés, which make them fall in love with the city.

But hotels, cafés, nightclubs, and other sites of cool entertainment do not make this city exciting — on the contrary, they are emblematic of Tbilisi’s development façade. These institutions mask the dramatic reality of social injustice and dehumanisation in the city, a process shaped by liberal capitalist transformation.

Moreover, popular governmental discourse to make tourism a key locomotive of Georgia’s (and Tbilisi’s) development is just another expression of cynicism. It has been rightly argued by, among others, professor Vladimer Papava, that ‘pronouncing tourism as a main priority for the development of our country creates an illusion that the economy is growing while the economic and social situation of the population does not improve’.

Making Tbilisi an attractive and cool place explicitly and exclusively for tourists and expats is just another reflection of the immorality of post-soviet capitalism.

Before neoliberal urbanism, Tbilisi was a Soviet communist city. Although Soviet city design had its disadvantages, it was far more devoted to creating a friendly atmosphere in the city, to emphasise urban prosperity, and support green development. In an aesthetical context, Soviet Tbilisi was an exciting city.

Today, Tbilisi is a neoliberal city, a free market-oriented, post-soviet city of new class power that has led to a divided society.

The neoliberal transformation of Tbilisi, followed by a post-communist transition to the capitalistic order, is well exemplified in the tyranny of the free market, which not only deconstructs the aesthetical side of the city, but also largely demoralises Georgian society for whom free trade, competition, and the overall culture of liberal capitalism was previously quite alien.

When the transition to capitalism occurred, the process of post-soviet mental reconstruction divided society mostly into two social classes: the rich and the poor, who each live in their own social worlds, quite different from one another.

The moral ideals of social justice and universal well-being were sacrificed to welcome this new capitalist system. Due to this loss, during the post-communist transition, the welfare in this city, as well as the entire country, was destroyed by socioeconomic inequality and the majority of society became impoverished.

Although it is argued that Georgia has experienced economic growth in recent years, this has done almost nothing to improve the everyday life of most citizens.

Multiple research findings have clearly illustrated the consequences of neoliberal policies in Georgia. In particular, they show how contemporary Georgia, a neoliberal state, is shaped by social injustice and economic inequality.

For example, a UNICEF survey conducted in 2017 said that ‘government spending on healthcare and social protection decreased from 2016 to 2017’. In regard to unemployment challenges, the survey claimed that ‘a high level of youth unemployment remains the most important problem of the unemployment structure in Georgia’.

The survey also underlined that ‘there has been a considerable increase in the share of children living below the subsistence minimum. Every fifth child lives in a household in which the basic needs of household members are not met’.

Although there is a lot of other evidence demonstrating the country’s dramatic struggle with poverty and economic inequality, these two reports provide a sufficiently clear picture on the social and cultural consequences of Georgia’s neoliberal transition.

However, the disturbing side of the neoliberalisation of Tbilisi does not seem to be visible for many travellers, scholars, or expats — for a new class of sophists curious to look inside the cultural and other aspects of an exotic city located in the far periphery of Europe.

For some of them, Tbilisi is a cool place where you can enjoy a fantastic nightlife and delicious Georgian food, while for others, its an experimental place to research the process of Georgia’s democratic transformation, positively or negatively. Either way, the city comes across as a fascinating place for them to observe, or even just enjoy.

Cannabis of the people

In numerous articles written by Western media, the legalisation of cannabis is portrayed as exciting progress for Georgia — there is a pathos that this legalisation is moving the country forward.

While the decriminalisation of cannabis use was a necessary and timely step, there is one important and critical point missed by these advocates. In a poor country like Georgia, legalisation is not a step towards progress; it is about providing cannabis as an opiate for the economic oppression and social distress caused by the capitalistic transformation.

Ironically, while poverty and inequality dominate Tbilisi, just as in other towns and cities in Georgia, international media, as well as liberal authors and travellers, are excitedly writing and talking about Georgia’s fantastic ‘progress’ on the road of transformation exemplified by the legalisation of cannabis.

Once again, this shows that Tbilisi is neocolonial post-Soviet city trying to create a liberal cultural atmosphere, to represent itself as a liberal paradise in a traditional Caucasian region, where the culture of individual liberties and self-expression is an important agenda of a new society.

It is a great mistake to believe that Tbilisi will always remain exciting even for those who admire its ‘free’ and ‘rebellious’ spirit. The endemic process of impoverishment and inequality and the demoralisation of society conditioned by a new social order will also destroy liberal achievements once the crisis reaches its peak.

No freedom, including individual freedoms, can have any value if there are no opportunities for a good life and equality for all citizens. Moreover, liberty is always at risk of extermination when there is a dehumanised and divided society dominated by rich financial elites and an ineffective political class.

It is a very dangerous game to manipulate using exciting liberal freedoms, especially when at the same time there is a rejection of the need for universal welfare and the politics of social humanism.

As a rule, a system which puts a stronger emphasis on the superiority of liberal individual freedoms and the economic liberty of the rich usually declines. In such cases, a crisis must be expected and those liberal achievements which make this city exciting for a few will not survive.

Is it possible to avoid such a crisis that will annihilate liberal triumphalism? It is difficult to argue that such a thing is possible. Considering the mental and ideological condition of Georgia’s ruling class, it is clear that they are either ignoring the possibility of such a crisis or are reluctant to understand that we already have entered the opening scenes.

There is an Italian proverb that says: Who changes his condition changes fortune. Considering the lessons learnt from Georgia’s capitalistic transition, it is absolutely clear that fundamental changes are necessary to replace the current neoliberal condition and in this way to combat economic inequality and social injustice. It’s time for historic change. And history tells us that social justice and prosperity is the most effective way to avert the moral degradation of society. 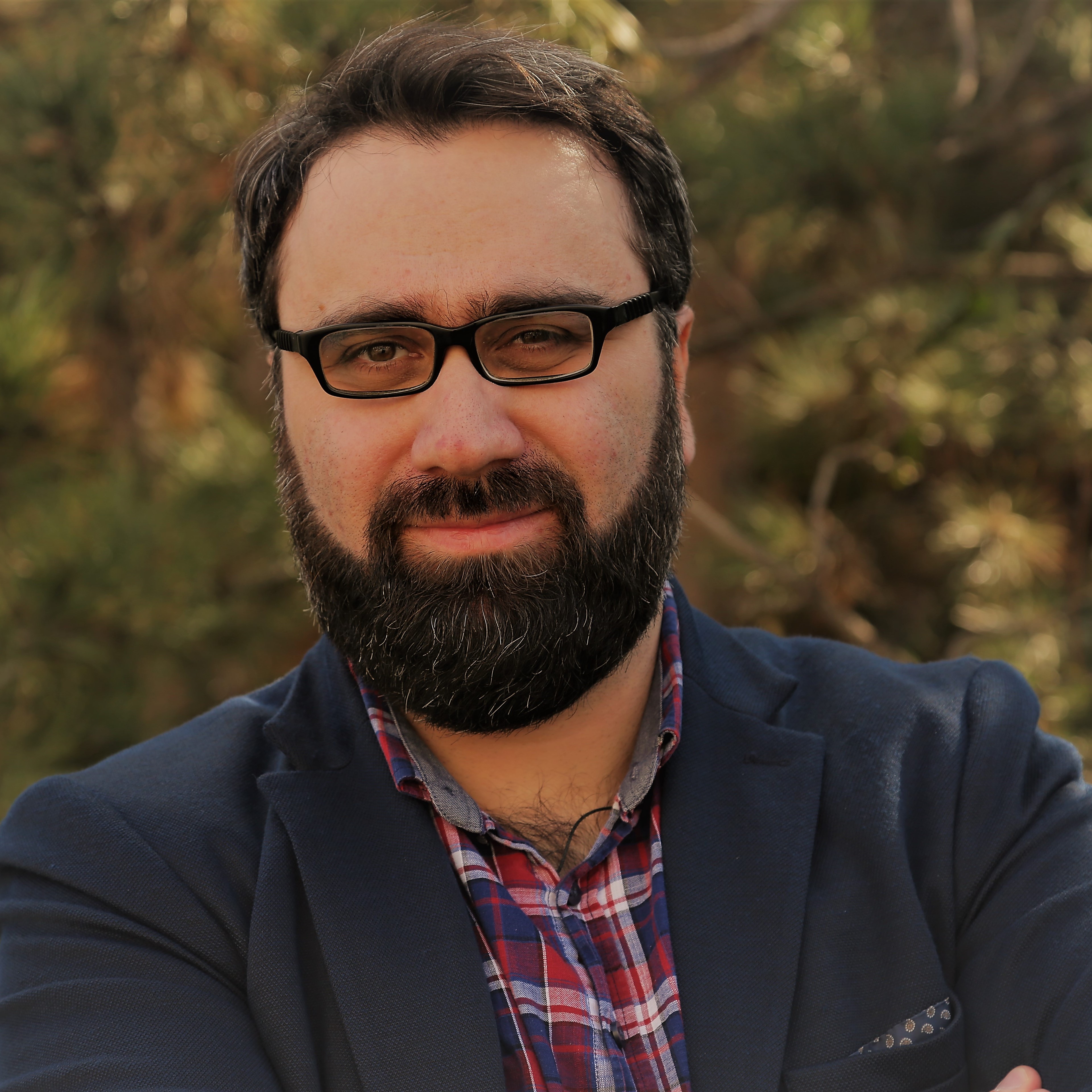 2. 99.7% for Kadyrov as United Russia sweeps elections in the North Caucasus