Violent right-wing extremism is on the rise in Georgia. And recent events, including the Tbilisi City Court denying a ‘hate motive’ in the murder of Vitali Safarov, shows that the government is not willing to take serious steps to stop it.

On 22 July 2013, two years after neo-Nazi Anders Breivik murdered 77 people in Oslo and Utøya, the Council of Europe established the Day for Victims of Hate Crime. The day was meant as a clarion call, a response to the growing strength of the extreme-right on the continent, encouraging Europe’s youth to speak up and take action against hate crimes and to have solidarity with the victims of such crimes.

That spirit is needed in Georgia now, more than ever.

In recent years, hate has proliferated in Georgia, with numerous racist attacks on migrants, tourists, and international students in the country. Some of the worst violence has been inflicted upon members of the LGBTI community, with a violent anti-LGBTI pogrom taking place in Tbilisi in 2013, and the murders of trans women Zizi Shekiladze and Sabi Beriani in 2016 and 2014, respectively.

Despite the growing number of such crimes, official statistics on their prevalence are scant. ‘Crimes motivated by hate’ has only existed as a specific legal category for two years in Georgia, and even after its introduction, many hate crimes have gone unreported or have been classified as ordinary crimes — usually hooliganism.

Georgia, despite the government’s proclamations of historic tolerance and the country’s touristic brand of ‘diversity’, went beyond the point of no return in 2018, when neo-Nazis murdered our friend and colleague, Vito Safarov, a 25-year-old human rights defender of Jewish origin.

Our work towards having Vito Safarov’s murder recognised as a hate crime brought us to the necessity of researching the modus operandi of the extreme-right in Georgia. In particular, those who have been proclaiming themselves to be neo-Nazis and attempting to mould Georgian nationalism into white supremacy. We called our project: ‘Enslaved by hate.’

Our research has shown that the Georgian extreme-right can be understood as being divided into two separate generations. These generations are divided not only by the length of their presence within Georgian society and by the age of their participants but are also divided by their values and the information networks which they are part of.

The older generation primarily mobilises around the idea of ‘Georgianness’ (kartveloba) and ally with conservative religious groups and ultra-Orthodox priests. They have close connections with the Russian-speaking world. They also have the support of some print media in Georgia, most prominently, the newspaper Asaval-Dasavali.

The current standard-bearer of the older generation of the extreme-right in Georgia is the group known as Georgian March.

Georgian March made its first major public appearance on 14 July 2017, staging a march along Tbilisi’s Aghmashenebeli Avenue, a large commercial thoroughfare well known for its multi-ethnic character. During the demonstration, the leaders of Georgian March demanded the deportation of migrants from Georgia and a tightening of the country’s immigration policy. As they marched they chanted: ‘Georgia for Georgians!’

Before the march, the group tried to encourage supporters to show up by using openly hateful social media posts against Iranian, Arab, and African migrants. They called on all citizens of Georgia who ‘care for their homeland’ to join the rally.

During the march, a number of participants were arrested for attacking foreigners, however, the subsequent police investigation was launched only on the basis of the crimes of petty hooliganism or resistance to law enforcement — despite its clear presence, there was no mention of a ‘hate motive’ in any of the charges.

On 31 October 2018, Georgian March held a demonstration in front of the headquarters of the Georgian Football Federation demanding the removal of football player Guram Kashia from Georgia’s national team. Two weeks before, Kashia had worn a rainbow armband in support of LGBTI rights during a match for his club, Vitesse Arnhem, in the Netherlands. Georgian March also demanded an apology from the federation’s president, Levan Kobiashvili.

Six protesters were arrested for using fireworks on the night of the protest.

The new generation is much more secretive than their extremist forebears. They work primarily in horizontalist and anonymous groups, they have no presence in print media, and they are not openly connected to traditional Georgian institutions, such as the Orthodox Church.

As befits their relative youth, the new generation is deeply plugged into the growing phenomenon of the so-called ‘alt-right’. They deploy language and concepts heavily influenced by internet culture and rail against the typical (often chimeric) opponents of the alt-right, such as feminists, ‘social-justice warriors’, and ‘globalists’. They use the current popularity and notoriety of alt-right discourse to recruit teenagers and right-wing youth who seek a ‘hipster’ and ‘counter-cultural’ status.

They also participate in an activity that they call ‘migrant hunts’. These ‘hunts’ are in effect, miniature pogroms, in which extreme-right youth go out at night with the aim of assaulting and brutalising people of non-Georgian ethnicity (primarily people of African and Middle Eastern descent).

The new generation has been known to collaborate with the older generation. Indeed the two collaborated during the Georgian March–organised anti-migrant rally on Aghmashenebeli Avenue, and members of the two generations have been seen together during violent anti-LGBTI protests.

The methodology for such work has already been established by the OSCE Office for Democratic and Human Rights (ODIHR). Indeed, Georgia has signed a memorandum of cooperation with the ODIHR, but at the level of rank and file police work, nothing has profoundly changed.

Georgian authorities must begin to develop capacities to prevent and investigate violent hate crimes, especially those of a homophobic and transphobic nature. A system to monitor the activities of the extreme-right on social networks, as well as physical monitoring in locations with high migrant populations and/or concentrations of tourists should be set-up. But no such system exists, and no effort been made to create one.

There must also be an intervention in the education system. The Georgian education system should follow European standards in developing and delivering curricula that teach tolerance and promote non-discrimination.

After the memorandum with the ODIHR was signed, some small steps were taken by the government in this direction — for instance, the teaching of tolerance as a subject within the curricula in certain schools. However, in many places where the subject is offered to students (far from most schools), it is often taught by unqualified teachers, such as instructors of technical education and sports coaches.

One way to begin rectifying the situation would be for the Human Rights Committee at the Prosecutor’s Office and the Human Rights Department at the Ministry for Internal Affairs to start cooperating with civil society, minority communities, and victims of hate crimes.

One small victory has been won, though it took almost half a year of tireless campaigning by local and international NGOs. The Prosecutor’s Office is supporting an appeal to recognise a hate motive in the case of Vitali Safarov’s murder. If the appeal is successful, it would be the first-ever murder with a hate motive in the legal history of modern Georgia — an incredibly important precedent.

This appeal, on behalf of the Tbilisi Prosecutor’s Office, was submitted on 26 July. The hearings will begin in September 2019.

A game with no winners

Despite the small victories, on the whole, recent events have shown that the Georgian Government seems to be determined to avoid tackling the rise of the extreme right.

When the organisers of Tbilisi Pride asked for police protection in the face of homophobic threats, the police repeatedly refused to provide it.

Levan Vasadze, a far-right organiser who along with his supporters publicly called for violence against the LGBTI community and Tbilisi Pride, has faced zero consequences. Similarly, violent statements and actions by Georgian March have gone unpunished.

The unfair sentence pronounced on 27 June in the case of Vitali Safarov’s murder, can be understood as part of this tendency.

It seems that the Georgian Government is committed to using the extreme right as a chess piece in a game played against other opposition forces in the country. Whenever an opposition protest takes place that is led by liberal forces, the extreme-right always shows up, ready to disrupt the proceedings. While the police have usually prevented serious violence, it still puts undue pressure on the liberal opposition and dampens their capacity to mobilise.

While we cannot be certain that there is collusion between the government and the extreme-right, it is also true that such techniques have been widely used in the region before. For instance, the Ukrainian Ministry for Internal Affairs under Arsen Avakov has been documented using extreme-right groups and paramilitaries to suppress domestic dissent and opposition.

The Georgian government has little time left to stop playing along with the extreme right. These groups, often funded by Russia, are destabilising the country and bringing it to a dangerous precipice. The government must act quickly against these forces and restore equality and the rights and freedoms of Georgian citizens of all ethnic origins, religions, genders, sexual orientations, and political affiliations.

If they do not, there will be very difficult times ahead; after all, it has already happened to Georgia before. It has been almost thirty years since the country lost a significant portion of its population and almost became a failed state after one man began to loudly proclaim the sentiment of ‘Georgia for Georgians!’.

Our research is based on open-source materials and serves as a baseline for future interventions. 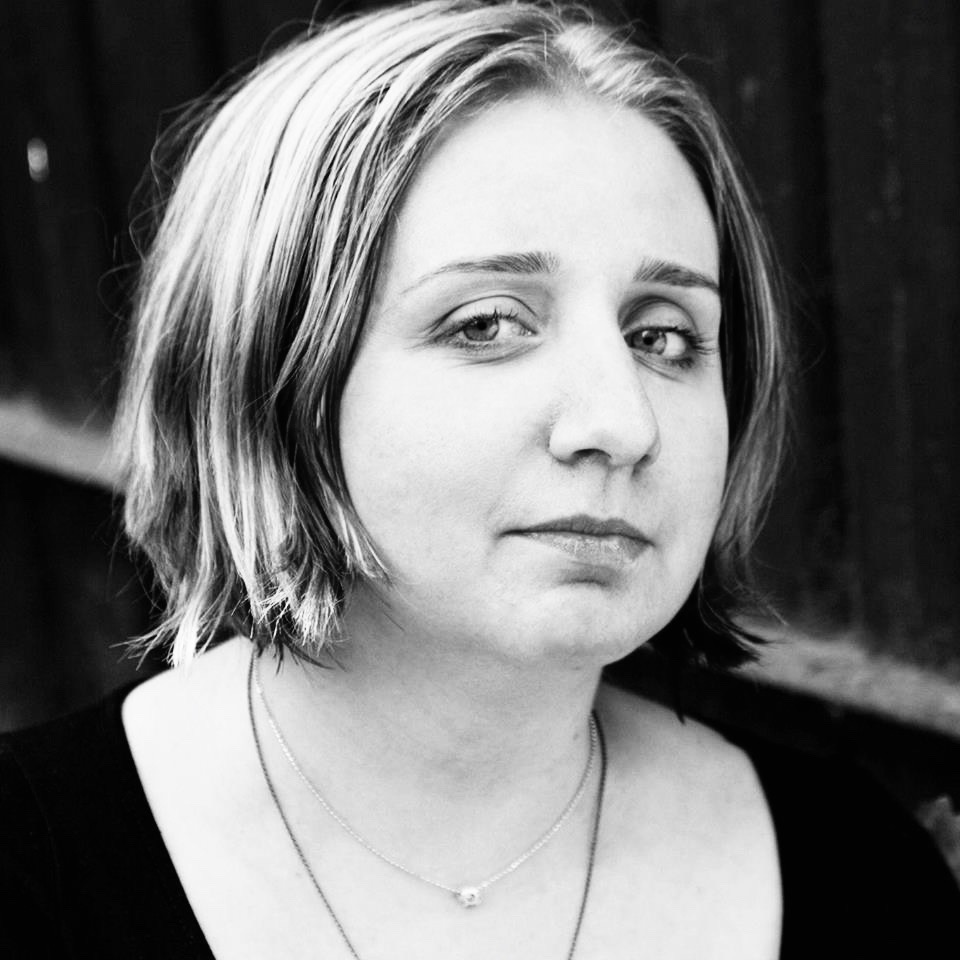 Sasha Delemenchuk is a human rights activist and policy advisor at the Center for Participation and Development. 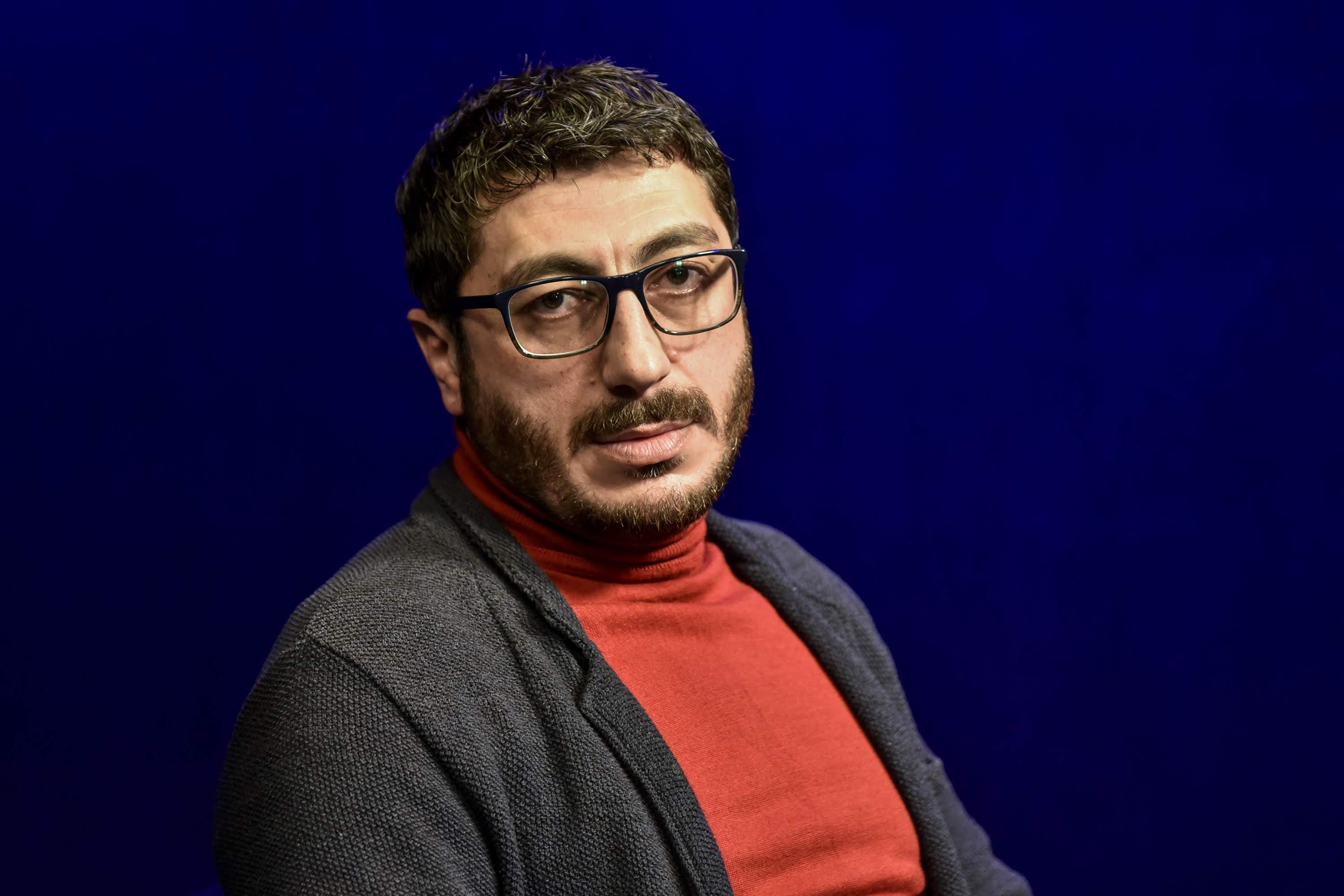 Agit is a lawyer and human rights activist and the chair of the board at the Center for Participation and Development.