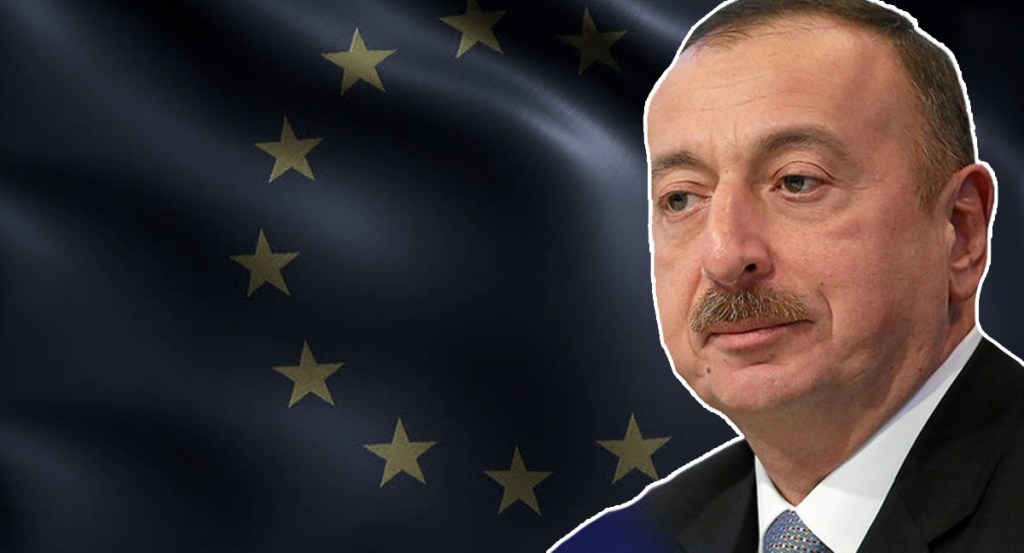 A recent speech by Azerbaijani President Ilham Aliyev shows a shift towards a new anti-European conservatism and an attempt to cultivate a new base amongst Azerbaijani youth against the background of dwindling popular support and an ideological vacuum.

A 26 November speech delivered by Aliyev on the occasion of the centenary of Baku State University represents a sharp break from the usual content of his speeches in its ideological content.

Indeed, it may very well inaugurate a new evolution of the Azerbaijani state.

Aliyev’s speeches usually repeat the same tropes about the ‘pathetic’ 1990s and affirm the saving role played by his father and former president, Heydar Aliyev. This time, the subjects of the president’s attacks were not only the ‘traditional’ opposition parties — the the Popular Front Party and Musavat, which were in power in 1992 to 1993 —  but also supporters of gender equality and Europeanisation.

The rhetorical shift that this speech represents only makes sense if one takes into consideration the recent presidential reforms, which have been accompanied by significant changes in state personnel and the state’s rhetoric.

That a day later, the ruling party asked the resident to dissolve parliament should have thus surprised no one.

Aliyev deploys the narrative about ‘traitors from the Popular Front Party-Musavat tandem’ on a regular basis, and, in this regard, his latest speech was no different.

The essence of this story is that the current ‘classical opposition’, primarily the Popular Front Party, as the successor to the nationalist governmilhent of Abulfaz Elchibey, betrayed Azerbaijan. In particular, Aliyev attributes the loss of Nagorno-Karabakh to Armenian forces in the 1990s to the Popular Front Party.

However, what was novel and highly unusual in this speech was the articulation of an anti-European, conservative narrative. Aliyev accused Europe of anti-Islamic stances and sentiments and rejected the possibility of closer integration. He also portrayed Europe as degenerated with the use of conservative tropes about gender roles.

‘Shall we integrate to a place where there is no difference being made between men and women?’ Aliyev asked rhetorically. ‘We definitely shall not.”

He also claimed openly that Azerbaijan is ‘a state based on traditional values, one of which is respect for elders’.

‘We must defend this’, he said. ‘And let the youth hear me.’

The spread of progressive ideas such as Europeanisation, feminism, and acceptance of the queer rights among young Azerbaijanis, symbolised perhaps most clearly in the recent feminist march against domestic violence in Baku, locate them as a new ‘other’ in the regime’s discourse, lumped together alongside the Popular Front Party and Musavat parties.

As if answering to the spread of the feminist discourse in Azerbaijan, Aliyev, perhaps for the first time, openly demonstrated a paternalistic masculine position. ‘We must respect women, must shield and protect them. There is gender equality, we recognise that. But we cannot live outside traditional thinking, and let the younger generation also know this.’

This new anti-European and traditionalist narrative reminded many observers of Aliyev’s speech in 2004. In this speech, delivered just a year after his election as president, Aliyev situated Azerbaijan as a country oriented toward Europe.

‘We have chosen integration with Europe. As I said at the beginning, we are absolutely faithful to this path, this politics is ongoing and we follow this path not just by words, but by practical steps’, he said.

It is clear he has consciously turned away from this ‘path’.

Aliyev’s anti-European speech followed a meeting with the head of the General Staff of the Armed Forces of the Russian Federation, Valery Gerasimov.

During the meeting, Aliyev openly expressed his admiration for Vladimir Putin, praising him as ‘the president of the leading country in the world’ who is ‘number one among the politicians of the world’.

Aliyev’s turn to conservatism is similar to the state propaganda utilised by the Russian state: which utilises arguments related to gender, especially with a hidden, but obvious hint to queer rights, in order to counterpose ‘our identity’ against a ‘degenerated’ and foreign other.

This oppositional relationship is a new one for the Azerbaijani state, and runs counter to the usual framing of Aliyev and his family as a progressive and Russian-speaking elite, counterposed to a ‘traditional opposition’ who are framed as outdated ethnic nationalists or even as pro-Islamist.

The end of the post-ideological order

For the last decade, political participation has been a repressed category in Azerbaijan. But this year, as Freud would say, Azerbaijan has seen the ‘return of the repressed’ — a mobilisation of long dormant protest energies, including the mobilisation for imprisoned journalist Mehman Huseynov, the massive rally in January, feminist marches in March and October, the proliferation oppositional discourses on social media, and the rally on 19 October.

This social explosion has made it clear to the regime that its growing unpopularity may actually threaten its hold on power and, perhaps, its very existence.

In particular, Aliyev’s government suffers from a lack of any support among the young, who are instead flocking to anti-elitist ideas, including feminist and progressive discourses.

That is why it is not an accident that he made his speech in front of students.

In order to turn things around, Aliyev needs to regain popular support and to construct a new  ideology. It seems that a mix of state reform buttressed with a newly empowered traditionalism is up to the task.

He has already taken the first steps down this new path. Perhaps most prominently, 81 year-old Ramiz Mehdiyev, who had held the position of the head of the presidential administration since 1995, resigned in late October. Mehdiyev has long been known as the ideological father of the current Aliyev regime.

In addition to Mehdiyev, other old ministers and high officials have resigned, almost certainly under duress. The second ‘outdated’ ideological figure in that list is Ali Hasanov. Hasanov was likely the most unpopular figure of the regime, and understood to be the ‘chief censor’, who acted as the ‘director of the Azerbaijani troll farm’.

The dissolution of parliament and the upcoming snap elections are a similar purge writ large.

Counting the majority of Azerbaijanis as conservative and patriotic, the regime, especially the Pashayev clan — the most prominent member of which is Vice-President and First Lady of Azerbaijan Mehriban Aliyeva (née Pashayeva) — are believed by many to be using these reforms to solidify their hold over the state, and to establish a new social base among socially conservative, reform-minded youth.

The orientation of the Pashayev clan to a segment of Azerbaijani youth is, in some ways, an outgrowth of their existing social to pro-regime youth.

Mehriban Aliyeva’s uncle, Hafiz Pashayev, is the founding rector of the ADA University, well known for its high standard of education, and which could be considered as a first step for any young person aiming for a prosperous civil service career under the auspices of the Pashayevs. As such, it is a powerful institution for creating a new generation of loyal political clients.

In a similar vein, Mikayil Jabbarov, the former Minister of Education and current Minister of Economy is known as a key client of the Pashayaevs and Nargiz Pashayeva, Mehriban Aliyeva’s sister, is one of the heads of the Baku branch of Moscow State University.

The long-term goal of the Pashayevs is two-fold: to reinvigorate the legitimacy of the regime among ‘ordinary people’ by filling Azerbaijan’s ideological vacuum with a conservative and anti-European discourse; and to co-opt  the growing political energies among the youth by having them ascend into the ranks of the ancien régime.

If they succeed, Azerbaijan will witness the marginalisation of those genuine political actors who reject an authoritarian and pseudo-reformist path and substantive democratic change in the country may be delayed by another generation.

But, they have not succeeded yet, and as we approach the Parliamentary snap elections, the opposition has a historical chance for a mass collective mobilisation that will fundamentally change Azerbaijan for the better.

Otherwise, the regime will win again.