One thing Georgians and Abkhaz have in common is a national narrative of victimhood, as asymmetric as they are. ‘I am from Georgia and 20% of my country is occupied by Russia’ is a ubiquitous form of the Georgian narrative, but is it useful?

I am a Georgian born in Sukhum(i). In the aftermath of the ethnopolitical confrontation between Georgians and Abkhaz, I was one of the 250,000 Georgians forced to flee in September 1993.

As a result of my identity as an ethnic Georgian from Abkhazia, I have learned to be sceptical of the dogmatism from both the Abkhaz and Georgian sides. Experience in exchange programmes and peacebuilding projects, even though they seemed ridiculous at first, as well as travel abroad, have shaped my openness to different perspectives.

I have observed two main obstacles to communication between Abkhaz and Georgians.

The first is the intense, but purely verbal, expression of fraternal love that Georgians display towards the Abkhaz. Such affection without actual, concrete actions — for example, ending the isolation of Abkhazia — is seen as hypocritical by many Abkhaz.

Second, the myopic fight for the territory of Abkhazia while disregarding of both the interests and needs of its current and former population.

Like any symbol, the memory of Abkhazia is exaggerated, easy to worship, and easy to abuse. Apsny — the ‘country of the soul’, the Soviet Riviera, and ‘the lost paradise’ in the memories of the internally displaced people — all are potent symbols in the battle of competing narratives between Georgians and Abkhaz.

The idealisation of Abkhazia is not perceived the same way by both Georgians and Abkhaz. For Georgians, Abkhazia is a lost Eden inhabited by the Abkhaz, the brothers and sisters of the Georgian nation. They may have been temporarily misled by the Russian aggressor, but one day, they will see the light and be reunited with fraternal Georgia.

For the Abkhaz, Abkhazia is the blessed homeland which shall never be relinquished, liberated from Georgian occupation by the valour of Abkhazia’s heroes.

These perceptions of victimhood are asymmetrical. The Georgian perspective grieves the loss of Abkhazia’s chic resorts and mourns the disloyalty of ‘Georgians who call themselves Abkhaz’. It may deny Abkhaz nationhood or begrudgingly acknowledge it, but it always opposes Abkhaz statehood.

The primary preoccupation of the Georgian perspective is the territory of Abkhazia as a lost land of plenty. The interests of the ethnic Abkhaz inhabitants of Abkhazia are viewed as irrelevant.

The Abkhaz view, by contrast, stems from pride in winning the ‘Patriotic War of the Abkhaz People’ — the name the Abkhaz give to the war in the 1990s — and saving their land from Georgian occupation. It worships war veterans, both foreign and local, and views the Abkhaz people as the only legitimate inhabitants of the territory.

The Abkhaz narrative’s primary preoccupation is land as the symbol of triumph in battle, even if it leaves no space for the views of the former inhabitants of Abkhazia, Georgians who were expelled during the conflict.

In sum, the Georgian side offers promises of kinship and brotherhood which ring hollow and insincere to the Abkhaz. In turn, the Abkhaz side demands independence and separation from Georgia, which is painful and disappointing to Georgians.

This asymmetry makes it more difficult to find common ground. The fear of being proclaimed a traitor by questioning entrenched narratives on both sides significantly limits the possibility for dialogue.

‘I am from Georgia and 20% of my country is occupied by Russia’ has become Georgia’s most recognisable response to the recognition of Abkhazian independence by Russia in 2008.

Since 2008, this pithy slogan has been the primary driver of Georgian foreign policy. The sentence appears everywhere, from tourist trinkets to Facebook cover photos. I do not doubt Russia’s history of disruption and aggression in the Caucasus, both historically and today. Nevertheless, I find the slogan unnecessarily reductive.

I have attended several forums for dialogue between Georgian and Abkhaz youth. Frequently, I have noticed that Abkhaz participants feel belittled and demeaned when Georgians refer to Abkhazia as an ‘occupied territory’ or ‘Russian puppet regime’.

‘Occupation’, in this sense, is perceived as total dependence on Russia, which removes the agency of the Abkhaz and their ownership of Abkhazia.

For me, personally, the physical territory of Abkhazia is occupied, because as an ethnic Georgian, I am not allowed to go to the land where I was born. However, the mental and emotional aspiration of the Abkhaz for carrying out the national agenda of self-rule seems genuine for me. Whether this is actually possible considering the wider geopolitical and social situation, is less clear and highly questionable.

The momentum and context of the conflict are also much more complicated than Abkhazia simply being ‘occupied’. Yet, fear of never-ending Russian expansion as well as Russia’s eternal political interests in the region oversimplifies the real picture.

If nothing else, the damage this narrative is doing to the prospects for peace should be taken into account. Every time Abkhazia is referred to as an ‘occupied territory’, even in a minute-long public speech or media report, this does nothing but deepen the estrangement and alienation of the Abkhaz people.

This is in contrast to what is really needed, to foster among Abkhaz a sense of belonging to the international community; to facilitate their participation in youth-related cultural, educational, and sports events internationally. This is one possible road out of mistrust towards a more meaningful exchange. 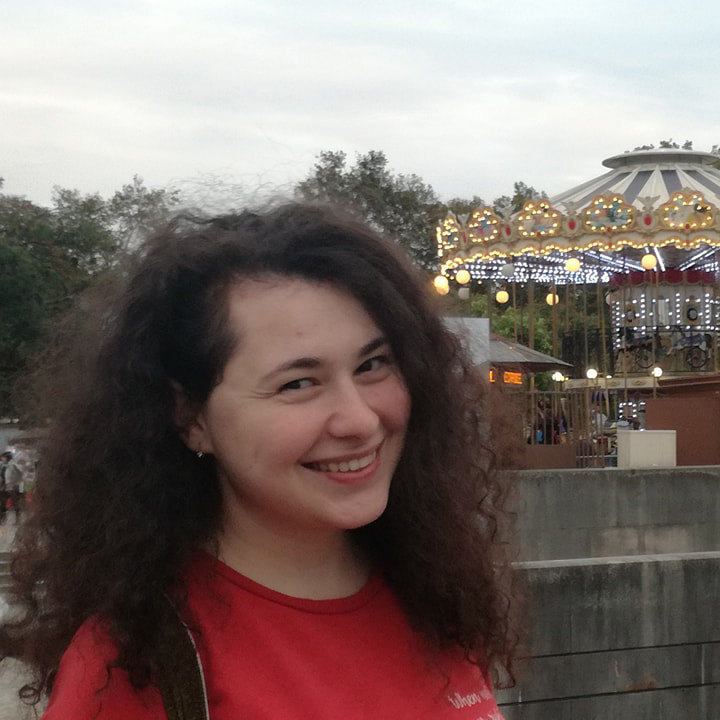 Guranda is a PhD candidate from Abkhazia at the Free University of Tbilisi. She works as a Peace and Confidence Building Programme Coordinator at the Charity Humanitarian Centre — Abkhazeti.