In post-war Azerbaijan, the wives and widows of soldiers continue to be revered by society with an admiration that lasts only as long as they remain unquestioning, undemanding, and at peace with the traumas they and their families have experienced as a result of war.

When we talk about wars, we often think of weapons, bombs, and dead soldiers — widowed women and orphaned children are mere afterthoughts.

It is often perceived that men are the ones who suffer most in war; they, after all, sacrifice themselves to protect women, children, and their homeland. However, years of war and military propaganda paint a clear picture of how warfare is patriarchal in nature.

When talking about the First Nagorno-Karabakh war, our people always talked about girls, women, and pregnant women who were raped during the war. The image of the enemy in people’s minds does not only exclusively cover those who occupy land but also extends to those who rape women on that land.

Months ago, I spoke to one of my acquaintances who serves in the military, who said that Azerbaijan had ‘good enough reasons’ to fight.

‘If we don’t fight, the atrocities of the 1990s will be repeated’, he said. ‘You don’t know, but we had heard of horrendous things about the lives of women who were raped when we served during the war’.

‘Have you heard of men being raped during wartime?’ I rebuked.

‘Strangely enough, no. This is the first time I thought about it’.

Military propaganda convinces people — men especially — that their wives and daughters will be raped and taken captive if they do not go to war. This thought is directly patriarchal: it implies a woman is a man’s property, and her life depends on his actions.

And thus, the victims of propaganda are not just men but society as a whole. Women and children are also convinced that they are weak and that this war is being waged to protect them. War means the possibility of the death of a husband or a father. This possibility fills them with even more hatred — both during the fighting and when the guns fall silent.

However, regardless of a soldier’s fate in war, the one who suffers at least as much as he does is his wife.

On International Women’s Day of 2022, Pasha Life Insurance shared a video that was widely circulated by officials.

The clip depicted a police officer approaching a girl about to jump off a bridge, attempting to prevent her suicide by comparing her emotional pain to that experienced by widows of martyrs — the women featured in the video were actual widows. The advertisement attempted to highlight the perseverance of the widows and how they seem unshakable in the face of pain and suffering.

Aside from its glorification of martyrdom at the expense of trivialising other people’s trauma, you will notice that the campaign also attempts to thrust upon widows of soldiers the responsibility of being strong, militant, and able to come to terms with their pain.

However, they are only praised when they are unquestioning, undemanding, and at peace with their trauma — otherwise, they are considered undesirable.

What society expects from widows

Women are often branded with expectations directly associated with their husbands’ well-being and direct military service.

For instance, should a woman’s husband return from war, not with physical injuries but with psychological trauma, she would have to contend with the outwards manifestations of his grief.

Severe panic attacks at night, screaming, physical violence, and other post-traumatic stress-related behaviours emerge, while the women expect the symptoms to disappear over time.

Unfortunately, some women have reported that their husbands have returned home as entirely different people after the war. Many families are learning to acclimate to life with their fathers and husbands who have been scarred by war.

In many cases, and especially in Azerbaijan, the state fails to consider the importance of providing proper psychological care to veterans, effectively hampering their reintegration into society and their families.

Ultimately, the state seems indifferent to the fate of the veteran’s family; women are expected to adapt to these changes, heal their husbands, and put their needs ahead of their own.

However, should a veteran return home with a disability, society expects the woman to remain a faithful spouse and never abandon him. If the wife of a disabled veteran behaves in accordance with society’s expectations and continues to live with him — despite visible unhappiness — she is appreciated and venerated as a ‘good woman’.

The Second Nagorno-Karabakh War came as a surprise to many people, with many men suddenly being drafted. Some died in the fighting, while others returned permanently maimed — which may have driven many women to break off their engagements with veterans with disabilities.

Those women were publicly insulted in Facebook groups and other platforms because society expects those women to look after their disabled spouses and fiances and to share their destinies.

Some women were unfortunate enough to lose both their husbands and sons in the war. These widows are often elevated to the status of heroes with whom society sympathises. However, this public support only lasts for as long as the woman remains in grieving, and as long as she does not choose to rebuild her life.

Suppose she questions the death of her husband or son and chooses not to reconcile with their passing. In that case, society condemns and accuses her of being influenced by ‘someone’ — ruling out the odds that she came to this conclusion out of her own volition.

Samaya Hashimova, the mother of the deceased General Polad Hashimov, lost the esteem and respect afforded to her by society months ago when she questioned her son’s death.

Two years ago, a woman who had lost her son to the April 2016 clashes accused her daughter-in-law of being immoral and unworthy of her son’s name for wanting to remarry. Even on live streams, similar accusations were flung at the bride-to-be for going against society’s expectations of her remaining faithful to her deceased husband for the rest of her life.

Even those who remained unquestioning, at least publicly, seemingly could not escape society’s scrutiny. The mother of one martyr who appeared in a photo with a public official was criticised for dying her hair red, later being pressured to justify changing her hair colour by explaining that she was 40 years old and that her hair was greying.

During and after the war, women’s needs take a backseat to those of their families. They often feel ashamed of expressing their desires and are coerced into believing that their needs are less important than their husbands’ fates. They are conditioned to feel shame and embarrassment even when they speak about what they want.

I believe the reason behind the stigma is that women are blamed for not fighting, though their husbands, lovers, fathers, and brothers claim to fight in wars to protect them.

Women whose desires are suppressed and are doomed to live in harsh conditions blame the enemy for what they go through — without whom their husbands would not have to fight, die, or suffer disabilities.

This gives way to great hatred.

In 2018, I attended a meeting at one university with a woman whose husband was martyred in April 2016. That meeting was very difficult for me — In front of me, there was a very sad and strong woman who had lost her husband and had to raise her children alone.

Hatred, however, penetrated the sadness looming over the scene. Because of these battles and wars, the widow was furious and hateful only towards the other side.

It occurred to me that a woman who had lost her husband on the other side was also sad, wounded, and full of loathing. She also blames us for the death of her son, husband, and father.

This mutual hatred that should be directed at warmongering governments that champion unresolved conflicts is instead saved for the people who obey orders.

In war, governments use women as tools for their own purposes and militaristic propaganda:

They are persuaded that war is waged to protect them, and the price they pay for protection is their ensuing difficult lives.

Perhaps if we can prevent women from both sides from falling victim to military propaganda, one day, we can do serious work for permanent, sustainable peace. If we can explain that the authors of the hard lives they experienced were not nations but governments, we can save future generations from the threat of war and hatred. 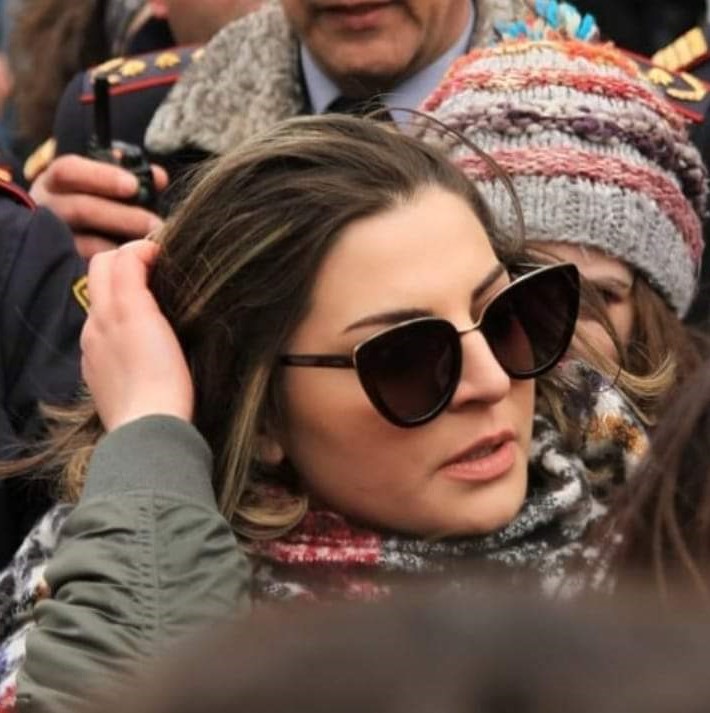