Russia’s brutal wars against Chechnya have provided the blueprint for its invasion of Ukraine argues Anzor Maskhadov, a veteran of the First Russia-Chechnya War and son of Aslan Maskhadov the third President of the Chechen Republic of Ichkeria.

I am sure that many could not imagine that Russia would invade its neighbour and try to topple its government. Some have even gone so far as to blame the victim of Russia’s attack for the invasion.

These responses belie a lack of interest in history, for everything that is happening now has already happened before. The history of Russia is a history of wars, forced deportations, and the shedding of the blood of other peoples — most often, its neighbours.

This time, the world community has finally taken the correct position and stood up in opposition to the aggression of the regime.

Evil must be stopped; the sooner, the better.

For 30 years, even while under a totalitarian occupation, my people, the Chechen people, have been trying to convey this to the world. And this was only after two wars, during which Russia — as it was smearing the Chechen people with the brush of ‘Islamic terrorism’ — unleashed a much more horrific terror of its own. Over two wars and seven years of fighting, the Russian invaders killed 300,000 civilians — in a country with a population of only a little over 1 million people.

Despite this horror, there was almost no reaction from the world.

Now, inaction, fear, and rejection of taking any measures to prevent it have allowed this terror to spread — and Ukraine is paying the price.

‘I want to get away from everything’

In 1992, our family returned from Lithuania to Chechnya. My father did not want to serve in the Soviet army, which began to kill civilians in Georgia, Azerbaijan, and Lithuania.

We were in Vilnius during the bloody events of 11–13 January 1991, when elite Russian units shed the blood of the Lithuanians protesting for independence.

That was when he resigned from the Soviet army.

‘I want to go to my homeland, and I want my own house, a small garden, I want to work with the land, just like my father’, I remember my father telling a friend before we arrived in Grozny. ‘I want to get away from everything.’

This has been a dream for our family for many years, and when Chechnya declared its independence as the Republic of Ichkeria in 1991, we thought it had come true.

But soon enough, the Russians invaded our native land. We had to go to take to the mountains. To protect our land.

At the beginning of the First Chechen War in 1994, even when Russian planes launched missiles and bombed our towns and villages, people did not realise this was a ‘real war’. We thought — we hoped —  that the world would stand on our side and that it would all stop.

But that did not happen. We were left to face Russia’s barbarism alone.

Throughout the war, we had to fight with the resources and weapons we had at hand, forced to obtain them in battle or buy from soldiers from the occupying army. Imagine, using small arms against an army that has tanks, helicopters, and artillery.

The brutality of such a one-sided war is difficult to describe.

On 3 January 1995, Russian aviation dropped cluster munitions on a market in the town of Shali. This attack came shortly after a failed Russian assault on Grozny, our capital. They had lost about 300 tanks and over one thousand soldiers and officers in one night.

I was in the town to look for the body of one of our commanders.

Everywhere I looked, I saw burning cars riddled with shrapnel and dozens of local residents killed and wounded. Amidst the carnage, our men stood in anguish, not knowing what to do. They were helpless beneath the planes circling in the sky always searching for new targets to strike.

We did not have proper air defence in Chechnya and had no recourse except for futile small arms fire — imagine a Chechen standing to his full height and shooting into the sky with a pistol.

Seeing their impunity, the Russian invaders continued to commit genocide against the citizens of our republic — though they did not limit themselves to killing Chechens only. No, they killed everyone, no matter what religion or nationality they belonged to. There were cases when breaking into houses, Russian soldiers discovered that the inhabitants were Russians and shot them, accusing them of being traitors.

After they failed in battle — in spite of their technological advantages — the Russian invaders began to take out their anger on the civilian population.

They are doing the same today in Ukraine.

As just one example: in April 1995, the Russian invaders entered the village of Samashki. According to one account, the soldiers began to comb the streets burning homes with ‘Shmel’ flamethrowers and throwing grenades into the basements. They killed many civilians.

During the second war, Russia’s brutality only grew: teenage captives killed by being thrown to hungry dogs, women shot for trying to defend a village elder from abuse, and captives blown up with dynamite.

It’s also important to mention that a Russian soldier is not only a murderer but also a marauder. During both wars, every settlement the invaders entered was looted.

At its outset, the first war was meant to be a ‘small victorious war’ for the Kremlin. They thought that everything would be decided by two airborne regiments, as the Minister of Defence of the Russian Federation at the time, Pavel Grachev, promised. As we have seen with the failed attack by Russian special forces on Hostomel airport near Kyiv, they have learned little in the intervening years.

Nor are these not-so-small wars simply for the self-satisfaction of Kremlin politicians and for domestic propaganda, they are also meant for audiences outside of Russia — as intimidation. The wars in Chechnya, as with the war against Ukraine now, are meant to say to all those in Russia and the former USSR: ‘if you resist, this is what we will do to you’.

I do not support wars and I have always been for peace in the world. We Chechens did not start the war, on the contrary, our leaders have always called for a peaceful solution to all issues. They even called for an independent international commission to be sent to find out who was to blame for the start of the first war and who was to blame for committing war crimes. Today, I see the same thing in Ukraine.

This is how Russia began its invasion of our territory: At first, they tried to divide the people, brought troops to our borders, started a war, then terrible ‘cleansing’ operations began, and then they chose a puppet to rule.

It is clear that this was their plan for Ukraine as well.

As for Russian propaganda. It is also barely different. You cannot trust a single word of the Russian media and those who draw information from them. For instance, on 21 October 1999, Russian troops fired ground-to-ground missiles at the central market in Grozny, a maternity hospital, and a mosque. These strikes killed and wounded hundreds of people. The Russian media and politicians said that day that the ‘Chechen militants’ were responsible for the carnage, that they had detonated explosives themselves in order to put blame on Russia.

I believe that if the world community had helped the leadership of Ichkeria with arms then, years down the line, the Russian occupiers would not have fought against the Georgians and the Ukrainians.

Do the Russian people need this?

In 1999, the Russian security services detonated bombs in four apartment blocks near Moscow, Russia. Russians died, and then the government blamed Chechens for these attacks and started a new war.

People in Russia must understand that Putin will not bring anything good to the Russian people. If you think about it, what good has been done during Putin's rule? There are more oligarchs, but not more plants and factories. Putin made many promises but did not fulfil any of them. Putin is trying to finish Russia off by all available means.

He is the enemy that the Chechens, Georgians and Ukrainians faced. But this evil will not stop unless we all stop it together. The Russians themselves should be interested in this if they wish for a better future. Putin will not be able to break Ukraine, but all the same, I am sure that he is preparing incursions into new territories already.

Russia has waged this terror for three decades now, and with the barbarism we see in Ukraine, no one can plead ignorance. Each of us must pick a side: are they with the killers or against them. 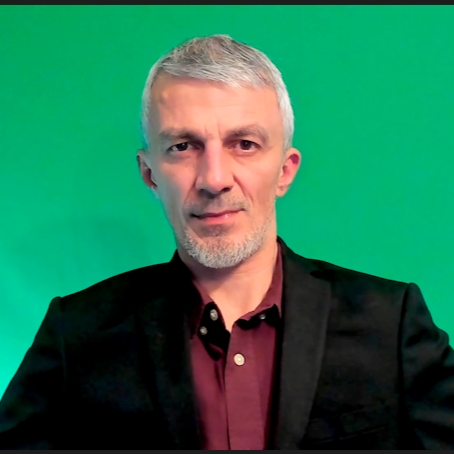 Anzor Maskhadov is a former special representative and director of communications for the President of Ichkeria, serving under his father, Aslan Maskhadov. Living in exile, Anzor continues to advocate for the right to self-determination of the Chechen people.