Azerbaijan is celebrating its National Press Day today. But when it comes to press freedoms, there’s not much to celebrate, argues Catherine Pilishvili from Human Rights Watch.

Just ask Seymur Hazi. He was a leading columnist for the opposition newspaper Azadlig, and an anchor for the pro-opposition, online television channel Azarbayjan Saati (Azerbaijan Hour). Hazi’s been in prison since August 2014, serving a five-year term on trumped-up hooliganism charges. His prison term should be completed next month.

Or ask six other journalists — Afgan Mukhtarli, Ziya Asadli, Araz Guliyev, Elchin Ismayilli, Polad Aslanov, and Shafag Aghajan — who are also behind bars in retaliation for criticising the authorities.

Some Azerbaijani journalists have only recently been allowed to travel abroad after being barred from leaving the country for years. Others, like Shahvalad Chobanoghlu and Babak Bakir, remain under travel bans without any official explanation.

These are just a handful of the journalists and political activists who have faced Azerbaijan’s brutal crackdown on critics and dissenting voices.

The government doesn’t hesitate to lock up critics, so it isn’t surprising that it’s trying to eviscerate media pluralism. Azadlig was forcibly closed three years ago, and its website is now permanently blocked in Azerbaijan. In May 2017, claiming threats to national security, the government permanently blocked the websites of several other prominent independent and opposition media outlets including RFE/RL’s Azerbaijani Service, Berlin-based Meydan TV, and Azarbayjan Saati.

In 2018, the authorities blocked three other sites — az24saat.org, xural.com, and monitortv.info — after officials brought defamation charges against them. They remain blocked.

Azerbaijan’s authorities and their proxies have also reached beyond the country’s borders to try to silence critical media. For example, in 2017, independent Azerbaijani journalist and political activist Afgan Mukhtarli, known for his criticism of the authorities, was kidnapped in Georgia’s capital, Tbilisi. He was illegally taken to the border with Azerbaijan and reappeared the next day in Azerbaijani police custody.

He was convicted on fabricated charges of illegal border crossing, smuggling, and violently resisting arrest, and sentenced to six years in prison, where he has developed serious health complications.

The government’s efforts to silence critics reach overseas as well. Sevinj Osmangizi, who lives in exile in Washington DC, reports on the political situation in her country on her YouTube channel, OsmanqiziTV, which has nearly 200,000 subscribers. It is very popular in Azerbaijan, averaging three million views per month. She is often critical of President Ilham Aliyev.

Osmangizi was the target of a smear and intimidation campaign this spring by REAL TV, a ‘private’ pro-government news station known for its vicious attacks on independent and opposition voices in the country.

In a series of broadcasts, the station accused her of espionage and tried to blackmail her into ceasing her broadcasts. It threatened that if Osmangizi continued broadcasting, the station would publicise private images of her, illegally obtained from her mobile phone. In April, REAL TV broadcasted photos and fabricated messages between Osmangizi and her former boyfriend, stating, ‘This woman is very democratic and has given full freedom to do whatever she wants with her body… You [Osmangizi] have seven days to show that you have quit, or we will expose you.’

The authorities allegedly even forced Osmangizi’s own sister to disown her.

But the government doesn’t treat all journalists this way. Some of those who report on government-approved material receive preferential treatment from the authorities. For example, in 2017, President Aliyev gifted about 250 flats to journalists in Azerbaijan, stating that ‘all freedoms, including freedom of speech, are ensured’ in the country. Apparently, this only applies to reporters who report favourably about the government.

[Read on OC Media: What does an Azerbaijani journalist need the most: a free flat or a free environment?]

The housing may be free to these reporters, but they aren’t. They don’t have freedom of speech, the freedom to report about corruption without being hauled off to prison, or freedom from harassment for doing their jobs. Sadly, the Azerbaijani government is no friend to journalists, and the poor treatment of people with independent voices like Mukhtarli, Hazi, and Osmangizi makes this abundantly clear.

The government’s bullying and intimidation of independent media has only continued to grow. A genuine way to mark National Press Day in Azerbaijan would be for the government to end the intimidation and threats against Azerbaijanis who speak out independently, within and outside of the country, and to pardon and free the journalists currently imprisoned for exercising their right to free speech. 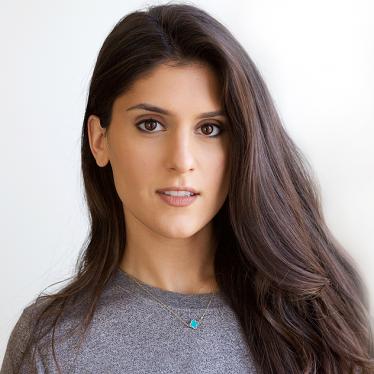 Catherine is a senior associate with the Europe and Central Asia programme at Human Rights Watch.