In February 2017, Georgian trade unions and left-leaning activists and civil society groups organised large rallies in Rustavi and Tbilisi to support employees of the Azoti plant that were laid off without notice. Reportedly, the Bank of Georgia took over Azoti, which is the largest nitrogen manufacturing plant in Georgia, and dismissed three-hundred-and-fifty workers with no prior warning.

The reaction to the firings marked the first time in the history of Georgia that a well-articulated political message was utilised against big Georgian banks. A message on one of the signs at the protest epitomises the spirit of the movement: ‘The Bank’s Georgia’ — a word-play on the name of one of the country’s biggest bank’s, Bank of Georgia. By remaking the name, protesters wanted to articulate the pain many Georgians feel from the wrongdoings of Georgia’s banking sector. To put it bluntly, a section of Georgian society has started to think and express that everything belongs to the big banks, and that their country has itself become a bank, called ‘The Bank’s Georgia’.

To anyone dismissing this protest, and this particular form of articulation, to the idealism of young, left leaning, urban activists, they are free to visit Bank of Georgia’s office at the following address in Tbilisi: 87b Tsereteli Avenue. This, allegedly, is where the bank’s non-performing loans unit is located. However, before delving into the story of this office, let me tell you this.

The brutality of the banking sector

My grandfather was a prisoner of war in Nazi Germany during the Second World War (1941–1945). While serving at the border in the Red Army, he was wounded and captured by Germans in the first days of the war. Although my grandfather seldom talked about his experiences as a prisoner of war, I have a vivid memory of his stories on the atrocities and methods of punishment that German soldiers would use. According to the rules of the ‘game’, each first or second man in line would be killed in turns. Despite everybody having heard of the cruelty at German concentration camps, no one in our family actually believed the stories my grandfather told. Naturally, it was hard to believe stories which we had not seen or experienced and which went beyond our cruellest imaginations. Ten years later, I watched Steven Spielberg’s Schindler’s List with my mother. ‘It was real’. These were the words that came to our hearts and minds, but we never dared to say them out loud, because we felt ashamed. The same feeling of shame came over me recently, when I visited the bank office at 87b.

I had heard many stories of the brutality of the banking takeover, but never thought it had reached such extreme levels. There is no sign indicating that there is a bank at 87b Tsereteli. Moreover, one of my colleagues, who lives in the same building, said that he had not even heard that there was a bank office located there. Apparently, this office is not of the same brand that we see in the colourful and cheerful advertisements on TV, in supermarkets and shops, and almost everywhere. The gloomy corridors evoke feelings of fear and despair.

The mournful faces of the people coming out of the rooms tell tragic stories of impoverishment, being kicked out into the street, despair, and falling to rock bottom. Most revealing is how employees of this gloomy institution treat customers. During my 20 minutes in the building, I witnessed how a man forced a 60-year-old woman to tears, how another, unshaven, brutal looking man, who looked more like a gang member than a well-groomed bank employee, quarrelled with a person about his mortgage payments. The atmosphere within the building is the antithesis of the kind of service we usually see in Georgian banks.

A duopoly in the banking sector

For people who are inclined to believe in numbers rather than emotions, there is a significant body of statistical data indicating that something has gone wrong in Georgia’s financial system. Most strikingly, over the last four years, profits at Georgian banks have increased by 200%. In 2014 alone, annual profits at banks skyrocketed, reaching ₾0.5 billion.

An almost total duopoly exists in the banking sector. Two major banks account for 70% of the market. Not surprisingly, one of them is the Bank of Georgia. Recently, the second giant of the banking sector, TBC Bank, acquired 94% of Bank Republic’s shares, the deal, worth ₾315 million, was the largest merger in Georgia’s history. Unsurprisingly, this kind of market structure does not help free market competition and encourages speculative activities and investments in unproductive parts of the economy. Short-termism prevails in this domain and Georgian banks are more inclined to give credit to retailers or construction businesses than to the manufacturing sector, which provides more jobs and creates the basis for sustainable economic growth.

Georgian banks have taken over the economy

But Georgian banks’ monopoly and influence on the ‘free market’ does not end with the financial sector. Even though banks in Georgia are prohibited by state regulations from operating in other sectors, key players in this sphere hold assets in the pharmaceutical, healthcare, construction, education, and other sectors of the economy. Again, Bank of Georgia outperforms other players in this as well. BGEO Group PLC, the holder of 99.5% of the share capital of Bank of Georgia, also owns companies in the healthcare (GHG), insurance (BCI), utility and energy (GGU), real estate (m2) and wine production (Teliani Valley) sectors. Moreover, it intends to acquire a key player in the country’s pharmaceutical business, GPC. The prominent neoclassical economist Kenneth Arrow would be rolling in his grave if he knew that a pharmaceutical, healthcare, and insurance company were all in the hands of the same company, which also owns the largest bank in the country.

Georgian banks are also exerting soft power and trying to reach the hearts and minds of the people. TBC Group conducts annual literary contests, with the aim of supporting culture and literature in Georgia. It has also opened a training centre that offers dozens of courses in financial education, among other fields. Furthermore, Bank of Georgia has launched its own university and is trying to attract the most talented students in the sphere of business administration. The head of the Bank of Georgia University interestingly states on the university’s web-page that future students ‘will gain a unique education and will let shine a brighter future’. It is no secret that this brighter future awaits the wealthy, privileged few, rather than the tens of thousands of young Georgians who are suffering from malnutrition.

Did Georgian banks really take over the country? Is it real, or is it just the imagination of the poor people, who wish to blame others for their own socio-economic problems? The honest answer to this question is yes, Georgia has undoubtedly become the victim of a massive corporate banking takeover. Due to their grip on the whole economy, Georgian banks have become too big to fail; their failure would crash the Georgian economy. However, despite the problems being existential in nature, this should not mean surrender. The time is ripe to start a broader public discussion on how to challenge and change the rules, and the structure of the economy, which works for a wealthy few and leaves many vulnerable. 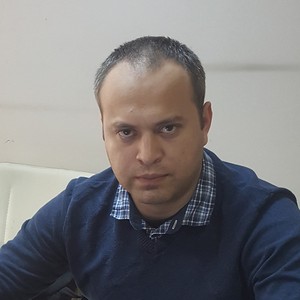