Russian border guards have been deployed to the northern Armenian province of Tavush, the Armenian Defence Ministry has confirmed.

In a statement on Thursday, the ministry also said that ‘construction works are being carried out to ensure the rear facilities of the border guards.’

‘This process is carried out on the sidelines of the Armenian-Russian cooperation’.

The statement came after local media filmed a checkpoint set up by Russian troops in the village of Voskepar, as well as the construction of housing for border troops.

Reports of Russian troops in Tavush Province have been circulating on Armenian social media and news outlets since Spring. The authorities previously remained tight-lipped on reports of engineering work being carried out by Russians in several villages of Tavush. The authorities also did not comment on training exercises carried out in Tavush in March by troops from the 102nd Russian Military Base in Gymri.

It is not yet clear how many Russian troops will be deployed to the border or if they will be assigned from the Russian forces currently stationed in Armenia or will be sent from Russia.

Questions have also remained unanswered over whether they will be conducting joint patrols with Armenian border guards or will operate independently, as is the case on the Armenian border with Turkey.

Russia’s military presence has increased in Armenia since a Russian-brokered ceasefire brought an end to the Second Nagorno-Karabakh War. The agreement also involved the deployment of 2,000 Russian peacekeepers to Nagorno-Karabakh.

While Pashinyan has several times suggested the deployment of Russian border troops to the Syunik and Gegharkunik provinces, where several apparent Azerbaijani incursions have taken place since May, sending Russian forces to Tavush has not previously been publicly discussed.

Russian officials have previously refrained from commenting directly on the possible deployment of Russian troops to the Armenia-Azerbaijan border, stating that it was not possible due to the ‘lack of trust between the sides’. Russian authorities have not yet commented on the developments in Tavush.

The issue of enclaves

The deployment of border guards in Voskepar has touched on a sensitive issue for many in Armenia — that of the Soviet-era Armenian and Azerbaijani enclaves which are controlled by the other side.

The subject began to enter the political discourse in Armenia after an initial version of the 9 November ceasefire agreement leaked which included the handover of two Soviet-era Azerbaijani enclaves in Tavush. Since then, Armenian officials have denied negotiations over the handover or exchange of the enclaves with the Armenian enclave of Artsvashen, which is under Azerbaijani control.

Concerns have been raised in Armenia about the strategic importance of the enclaves, as two major roads in Armenia pass through or close by these areas.

The village of Voskepar, where Russian troops have now been deployed, sits between the Azerbaijani border and the enclave of Yukhari Askipara (Verin Voskepar).  The main road connecting Yerevan with Tbilisi passes through Voskepar. 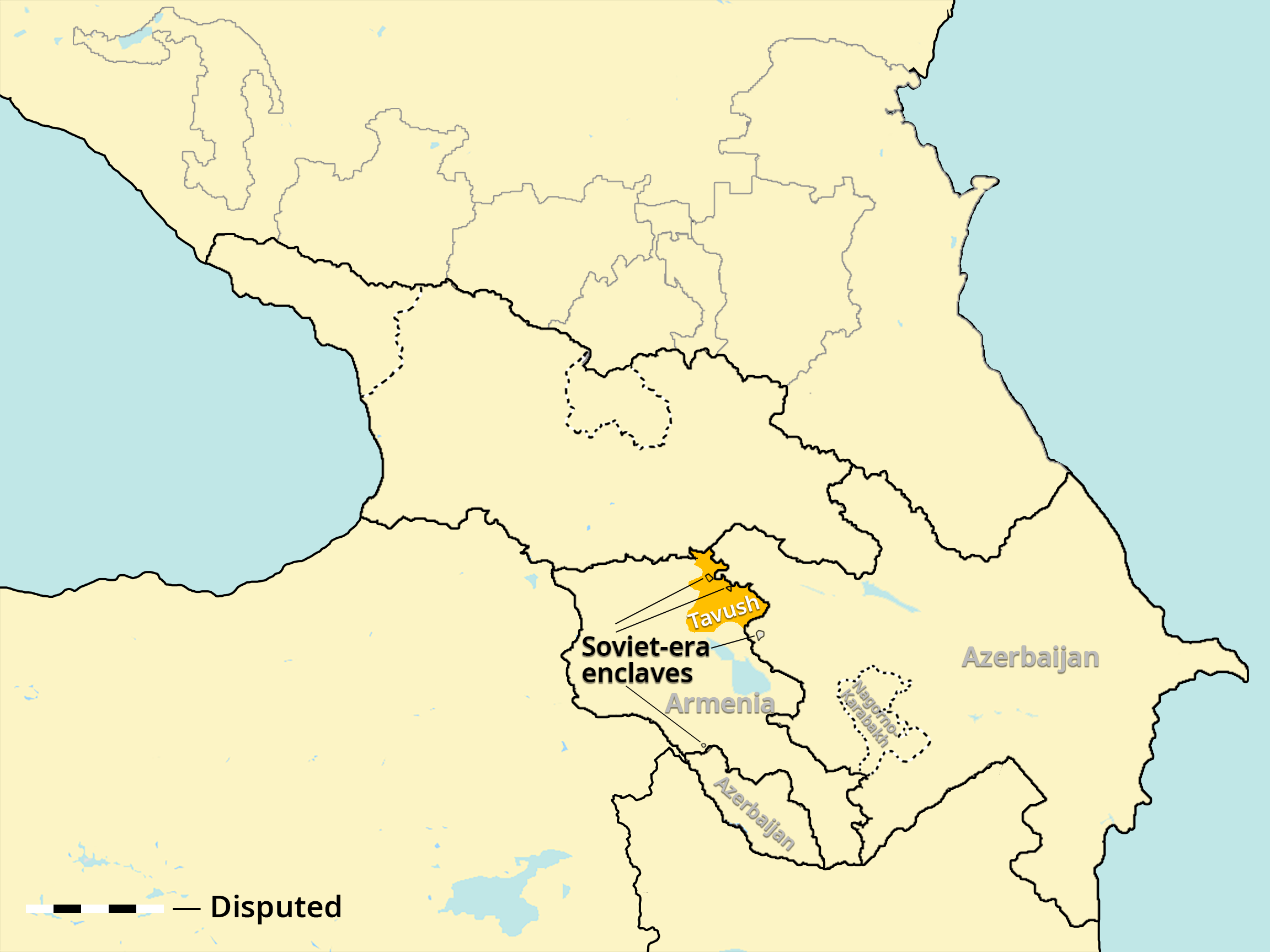 Nikol Pashinyan and other officials have stated that if such negotiations were to take place, only an exchange would be discussed, not a unilateral handover.

‘The Artsvashen enclave [is ours] but is under the rule of Azerbaijan. Our logic is that the [formerly Armenian] enclave should be exchanged for [formerly Azerbaijani] enclaves,’ Pashinyan stated in June.

According to Armenia’s Constitution, the Soviet-era Azerbaijani enclaves are a part of the Republic of Armenia, and any change of the state border can be carried out only by Referendum.