There are just two days to go until Georgians vote in parliamentary elections. While the campaign noise is about to peak (watch this space), we take pause to take a look at the weirdest and most amusing moments so far.

Grigol Gegelia, the Lelo party’s majoritarian candidate in the industrial city of Rustavi, paraglided from the local Lalghuji Ridge on 18 October to promote a healthy lifestyle and a cleaner environment.

Gegelia worried some after his Facebook page put ‘special notice’ earlier that day saying that he would ‘jump from the mountain’.

Rustavi recently witnessed an emerging movement against air pollution, forcing some local candidates to commit to the cause.

[See more in a photo story by Tamuna Chkareuli on OC Media: Rustavi: The city of factories]

12. No love lost between European Georgia and Misha

‘A jab for Bidzina, an elbow for Misha!’

These words from European Georgia’s leader Gigi Ugulava made waves earlier this month, risking wider cracks among the opposition, who have tried to put on a more or less coordinated front against the ruling party. 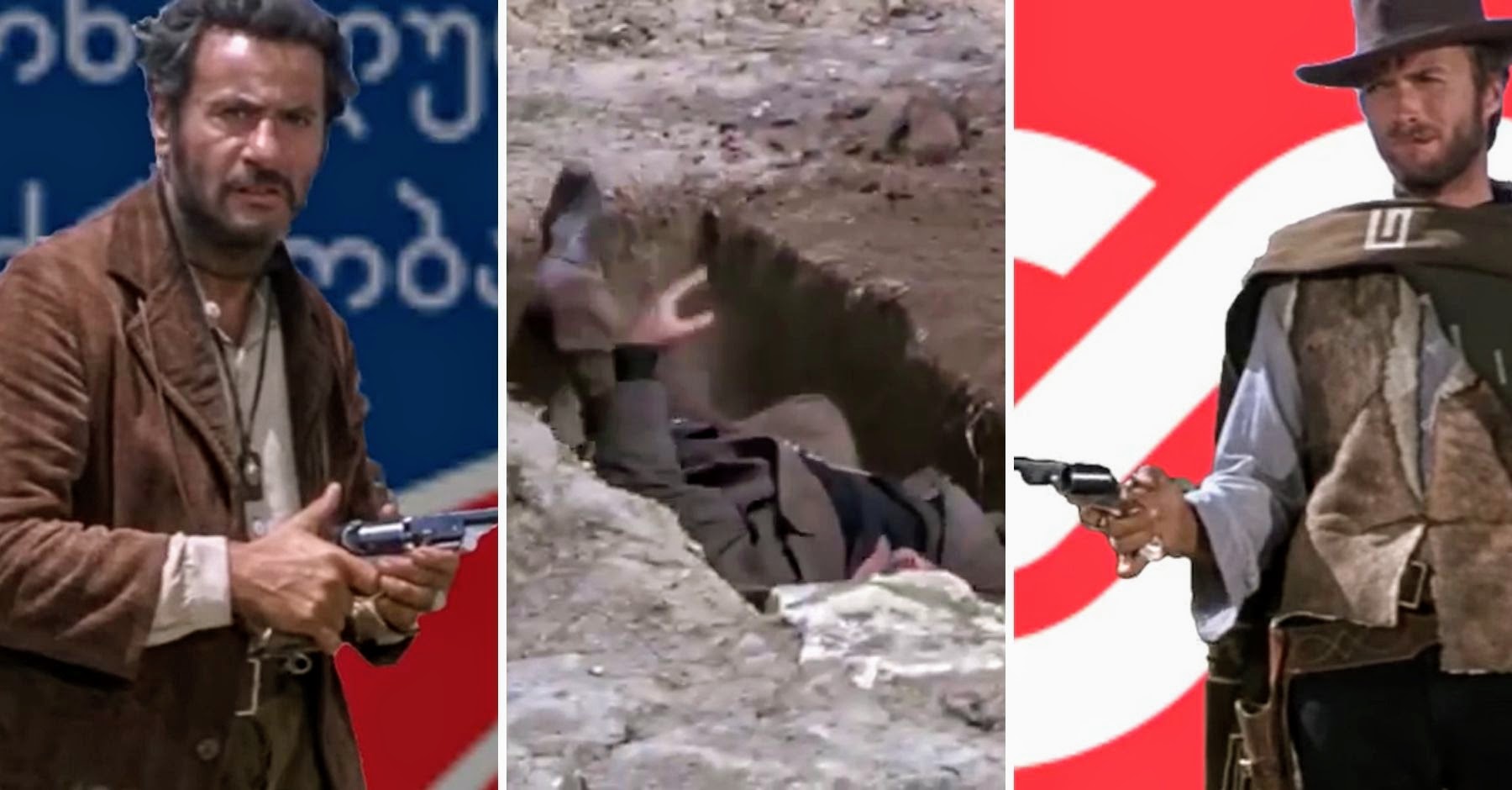 In a rather unsophisticated video, the opposition leader put Georgian Dream’s background behind ‘the Bad’ while placing the United National Movement’s party sign behind ‘the Ugly’.

The fact that the joke, based on Sergio Leone’s classic film the Good, the Bad, and the Ugly, was published on Gigi Ugulava’s personal Facebook page could suggest further internal debates over campaign tactics and the tone of messages. 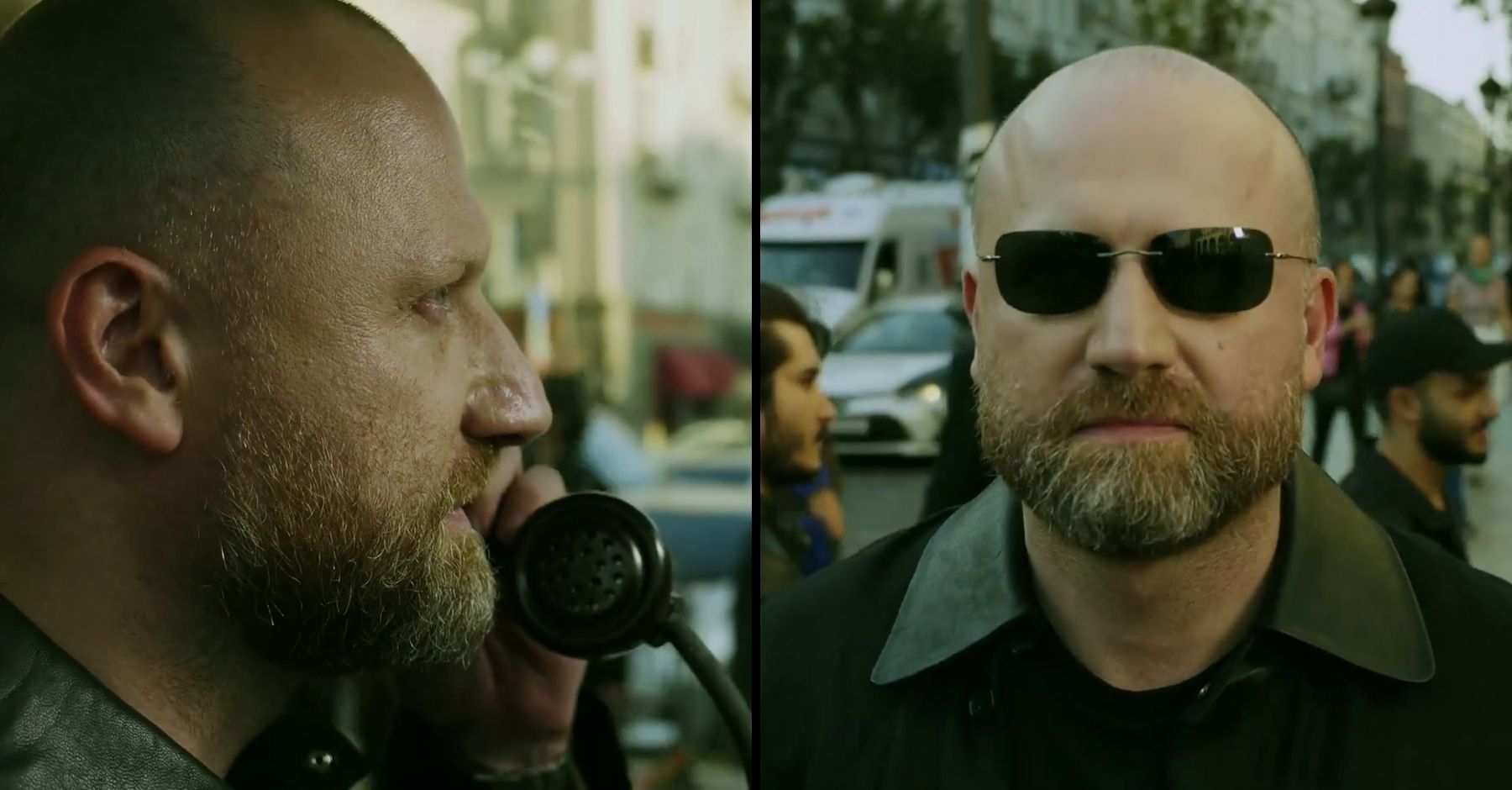 Unfortunately, Georgia’s version of ‘the One’ did not skyrocket into the sky like at the end of the classic film, but the technical replication of the Matrix was still quite impressive.

‘I know that you will lead a principled, humane, transparent […] campaign’, Fiennes says in his video address. ‘I wish you all the best and I'm sending you support.’

Akhvlediani explained later that Fiennes — best known for his roles in Red Dragon (2002), The Grand Budapest Hotel (2014) and as Voldemort in the Harry Potter series — was a long-time acquaintance and volunteered to support him after learning he was running.

9. Dargali — the frosting on the cake

The cake had all the information needed for a voter short of a detailed plan in case he won, including his photo, party number, logo, and campaign slogan in both Georgian and Azerbaijani languages.

We could not independently verify how it tasted but this was not the first campaign event involving a cake with Dargali’s iconography.

His supporters also celebrated his mayoral victory in a May 2019 special election with an impressive cake.

After demanding for over a month to have an election number assigned to his Citizens Party, Saburtalo District candidate Aleko Elisashvili put his mobile phone number on a billboard instead.

Elisashvili admitted later that for several days, people mostly called to satisfy their curiosity and check if it was actually him answering the phone.

Not all political disputes turn nasty.

In August, Mikheil Saakashvili accused his former ally, Giorgi Vashadze, of ‘joining the dark side’ by leaving the UNM’s electoral coalition.

Vashadze didn’t hesitate to respond with a Star Wars-themed photo, adding that it was only his new coalition, Strategy Aghmashenebeli, that was capable of defeating the ‘Dark Side’, referring to the ruling party.

The photo, however, placed Vashadze’s face on the body of Kylo Ren, complete with a red lightsaber iconic of users of the dark side of the force. 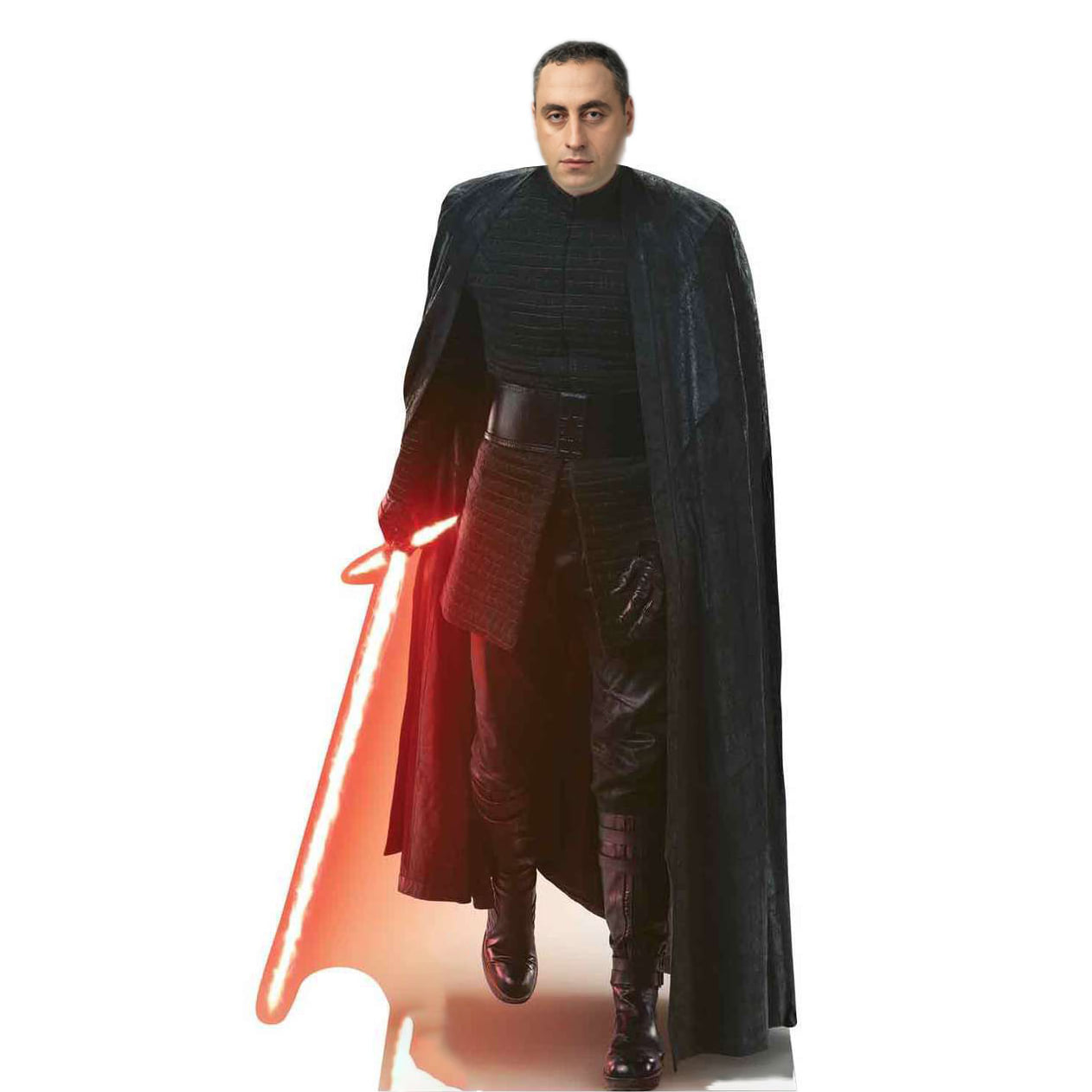 Throughout his campaign, Vashadze vowed to abstain from opposition infighting.

Instead of traditional mushroom powerups, in this version, the Georgian Mario collects onions, a possible reference to an allegation that during previous elections, Ivanishvili’s party engaged in vote-buying by distributing free products like onions in the rural areas.

In September, Murtaz Zodelava, UNM-led Strength in Unity coalition candidate in Samegrelo, attributed the rising daily coronavirus cases to cash he said had been handed out by the ruling party to the local population in order to buy their votes.

Zodelava urged the public to either abstain from taking the money ‘or exercise maximum caution while touching it’.

4. The ruling party badmouths a hostage

Political polarisation showed its face even during a hostage crisis that took place 9 days before the vote.

On 22 October, parliamentary majority leader Mamuka Mdinaradze hinted that a conspiracy theory that the UNM was behind the then-ongoing hostage crisis in the town of Zugdidi could be true.

Irakli Kvaratskhelia, a supporter of the former ruling party who found himself speaking at gunpoint with a TV anchor on behalf of the hostage-taker, was targeted by pro-government accounts on Facebook.

Some from the UNM and their larger election coalition also accused the government of stating the hostage crisis to score points before the election.

Moreover, after the hostage-taker fled the scene with $500,000, the local candidate from the Lelo Party, Tamar Belkania, urged him to build windmills for locals with the stolen money.

By the way, he is still at large.

The former ruling United National Movement party shocked the public by announcing on 1 October that Vagkhtang (Buba) Kikabidze, a Soviet Georgian singer and actor known for his role in Soviet classic Mimino (1977), would lead their coalition list.

Vakhtang Kikabidze, who has grown critical of both the Russian and Georgian governments in recent years, said that despite this he was not actually going into politics, but that the country could use him to reach out to Russia and other neighbouring countries.

‘I hope he doesn’t die of liver damage during the campaign’, Tamar Chergoleishvili, the campaign manager of candidate Giga Bokeria said of her boss as early as a month ago.

In a video address on 23 October, the head of the Lelo Party Mamuka Khazaradze called on Georgians to vote for ‘56’, the number of his party in the election list. He delivered his message in an unexpected way. Take a look:

Khazaradze confirmed he had contracted coronavirus 11 days ago but continued campaigning from a hospital.

Assailants fire at a bus carrying schoolchildren in Ingushetia