After unsuccessful outreach to local opponents of the Namakhvani HPP project, the government has moved on the offensive in the Rioni Valley, erecting police checkpoints blocking off the area and removing protest tents.

On Monday, opponents of Namakhvani HPP  tried to break through the police lines in the village of Gumati, 10 kilometres north of the west Georgian city of Kutaisi. 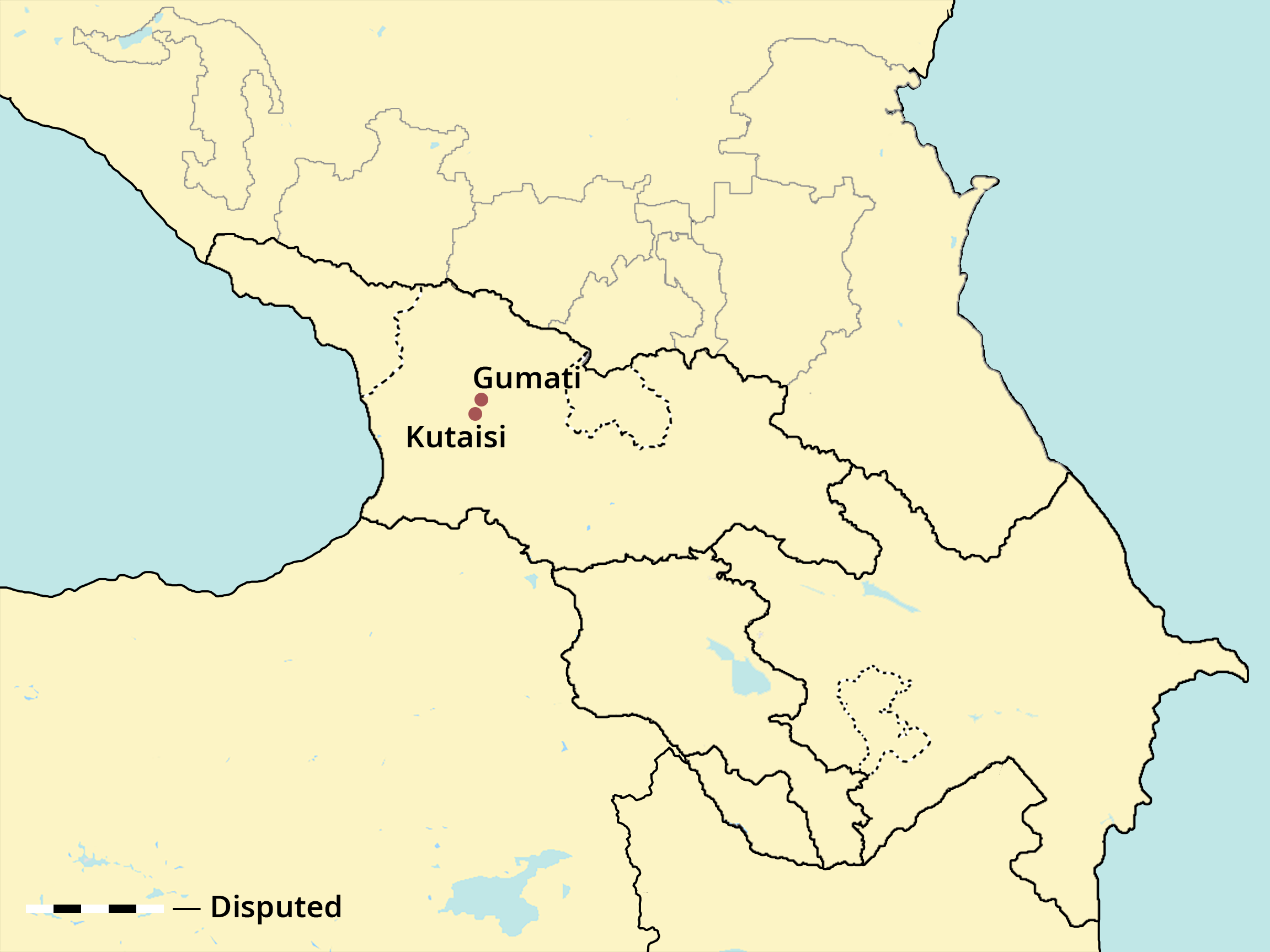 It followed the removal by police the previous day of a protest camp set up in the village of Namokhvani. The Interior Ministry claimed they did so because of the high water level of the River Rioni which they said could flood the camp.

Leaders of the protest movement, who had previously called for supporters to rally in Tbilisi on Monday, instead called on them to join in Gumati.

Seven villages in the Rioni valley have been effectively under police blockade since 3 April, when the new director of Enka Renewables visited Namokhvani accompanied by hundreds of police officers.

Following the meeting, police set up roadblocks at Gumati and Mekvena, the southern and northern entry points of Namakhvani HPP construction area in the valley.

Following months of protests, the government signalled a more reconciliatory tone after thousands gathered in Kutaisi on 28 February to protest the project.

The meetings proved unsuccessful, which was followed by another large protest in Kutaisi later that month.

In March the authorities promised to halt the construction of the dam for 'several months’, however, they allowed Enka Renewables, the Turkish company constructing the project, to renew ‘preparatory works’ in early April. The government also promised to create a fund to solve local problems.

The Georgian director of Enka Renewables, Merab Lominadze, has claimed that anti-Turkish sentiments were driving the protests. Protest leaders have repeatedly warned supporters against making comments that be construed as xenophobic.

An internet and media shutdown

Local opposition to the project has been supported by watchdog groups the Georgian Young Lawyers Association (GYLA), Green Alternative, and Social Justice Centre. The groups have pointed to a number of ‘shortcomings’ in the contract between Enka Renewables and the government.

These included, according to them, understudied seismic and geological risks, the number of households that will be forced to resettle, serious effects on the local microclimate, and a lack of transparency in the project.

Opponents of the Namakhvani HPP added several more following the steps taken by the Georgian government since April.

As Enka Renewables renewed their work on 3 April, protesters reported that 12 activists who were not let into the area were eventually also fined for breaking the coronavirus curfew. They also said that the mobile internet became unavailable that day in the village of Namokhvani.

The police also fined Mirian Maglaperidze, a local resident, ₾1,000 ($292) for disobeying police after he refused to produce his ID and stop filming the heavy police presence in the region on 4 April.

On Sunday, the Georgian Coalition for Media Advocacy put out a statement criticising the police for stopping journalists at the Gumati roadblock and not allowing them into the region earlier that day without citing a reason.

The Georgian Public Defender Nino Lomjaria also criticised the authorities insisting the measures employed by them amounted to a restriction of freedom of speech, freedom of movement, and freedom of assembly and that such interferences needed to be justified properly.

On Sunday, Lomjaria again made the statement after the removal of tents, urging the Interior Ministry to allocate an alternative location for their protest in the area.

The Interior Ministry did not confirm that they had blocked internet access in the area on 3 April. They justified their roadblocks with a wish to ‘prevent an escalation of the situation’ and cited the threat that an offence would be committed.