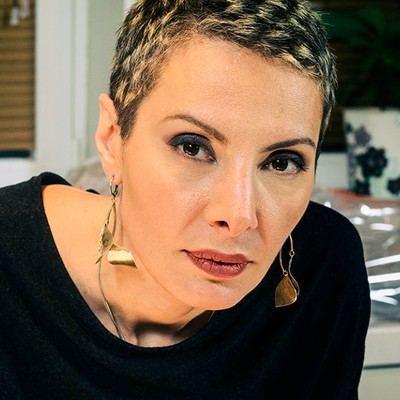 Women in Georgia very often lack a voice of their own. Their opinions, feelings, dreams, aspirations, and achievements can be conveyed by others, often the men around them. The Women in Georgia project gives a voice to these women, allowing them to tell their own stories — in their own words. The project collected 150 distinct stories from women throughout the country. Over coming months, OC Media will bring you a selection of these stories, translated into English and Russian. Previously, we brought you the story of Shalala Amirjanova, 19, from Marneuli; Below, in her own words, is Nino Khazhomia’s.

‘Saba was born successfully, although I was at risk of miscarrying for the whole 9 months. Throughout this period, I constantly thought that I was going to have a second child by all means, whom I would adopt. This decision was related to my past experience.’

‘Several decades ago, as part of the “60 Minutes” TV programme I made a journalistic investigation about a three-year old boy living in the Kojori orphanage and his brutal treatment there. I remember one shot. A three-year old baby folded his clothes and put them under his pillow together with his shoes before going to sleep, to prevent others from taking them away and so that he would not stay naked on the following day. I was shocked by the scene. I will never forget it. I thought then for the first time that no matter how many children I had I would adopt one child and give them a caring family environment.’

‘I really did this when Saba was one and a half years old and my husband and I were put on the list of families waiting to adopt a child.’

‘Our decision was met rather aggressively by our parents. Even though my mother is a believer, she tried her best to persuade me that I had made the wrong decision. She said that this was a “shame”, that genetics mattered and we did not know what kind of person our adopted child would turn into. I did not listen to anyone.’

‘Perhaps many people do not know that there are two ways of adopting children in Georgia: illegal and legal. The illegal practice entails selecting a pregnant woman who does not want to have an abortion or has not been able to have an abortion and wants to have a baby to put them up for adoption later. This woman is paid money and by the time the child is taken out of the maternity home they already have the surname of the adoptive family. But this must be done in regional maternity homes, where it is easy to make a deal with doctors too. Some children are sold for $2,000, others for $5,000 or $10,000.’

'I opted for a legal adoption. We filed in an official application form. You may indicate the basic requirements your prospective child should meet: for example, a desirable skin colour, hair or eye colour, ethnic or religious background, physical features etc. To speed up the process we did not indicate any criteria. We were ready to adopt any type of a child. In spite of this we had to wait in line for 10 years!’

‘Four years after submitting the application, I called the agency. I was told that we were 662nd in line, which, based on simple arithmetical calculations meant that I would adopt a child at the age of 70-80! This is because of a flaw in the law. Although there are many children in need of parental care in Georgia, they are not on the list of children that can be adopted if they are visited by someone at the orphanage at least once in 6 months. This may be a distant relative, who a child does not know. As a result children may stay in an orphanage until they come of age because they are considered to be children that may potentially be returned to their families. That is why adopting a child is a lengthy process.’

‘So ten years of waiting was over. It was 28 December 2013. I was preparing for the New Year when they called and told me that there was a child available for adoption and we could see him in Rustavi in the foster family. His name was Nikoloz and he was 9 months old. First I thought that the guys from a comedy show were playing a New Year’s joke on me. According to my calculations, my turn should not have come yet. I learned later that Nikoloz had been rejected by everyone.’

‘I decided to see the child on the following day. Saba was already 11 years old at that time.’

‘I did not sleep that night. That was the hardest night in my life. Suddenly I became afraid of everything. I was afraid that Saba would have all my attention and Nikoloz would not feel sufficiently favored; I was afraid that I would make a mistake and yield to my relatives’ admonitions. This was a night of struggle, which ended up with Nikoloz’s victory. I made a decision.’

‘Our first meeting in Rustavi assured me that I had made the right decision. As soon as I saw a child wrapped in a blanket, I realised that this was the child I had waited for for 10 years.’

‘After we agreed to take him, we had to follow some procedures, in court, registering, meetings with a social worker. Otherwise we would not have been able to take the child with us. The process took two months.’

‘Throughout this time I thought about Nikoloz’s biological mother all the time. I felt some kind of solidarity towards this woman. Maybe she was rather badly off, did not have money to buy food to take care of the child and had to give him up?! I decided to find this woman, talk to her woman to woman, and support her financially on a monthly basis if she wanted her child back. I started looking for this woman, I found the region and village where she lived. But I stopped after I learned "No, son, when you came to our house, you were already a big boy and ate ordinary food”. If Nika asks further, “Where was I before that time?” I answer, “You were in one very good family, who took care of you, then we took you.”’

‘Since Nika came to us we have celebrated his birthday twice a year: on 28 February — the day when we brought him to our home — and on 13 March, the day when he was born. I think this will help him take everything smoothly. We will also find it easier to explain to him.’

‘I am rather affected by the belief that a child should not know that they are adopted because this will be stressful information for them. I think the child will be stressed if I hide the truth and they learn the story anyway from so-called “well-wishers”. The child will probably blame you for lying to them in this case.’

‘I wonder all the time whether I will be jealous if Nika wishes to see and live with his biological mother when he grows up. But I have the following argument, “We do not have any reason for jealousy as long as we, the parents, want to have children not because we want someone to look after us when we are old and take care of us like we used to take care of them, but because we want to turn them into individuals with a loving personality.’

We thank all the women who have contributed their life stories.