Participants of a hunger strike over uncompensated mining damage to homes in the Georgian village of Shukruti have stopped drinking liquids after 25 days on hunger strike.

Tamar Kupatadze, one of the protesters, told OC Media that the hunger strikers feel weak, but in spite of that they have decided to escalate their protest as they still have not received attention from the government.

‘We don’t know how much longer we’ll be able to continue like this, but we’ll continue as long as we can’, she said.

Residents of Shukruti, near the mining town of Chiatura, have been protesting for over two years because the houses in the village have been collapsing. Residents are demanding compensation from mining company Georgian Manganese, who operate the manganese mines directly under the village. There are currently 11 Shukruti residents on hunger strike, eight of whom have sewn their mouths shut.

On 30 May, Shukruti residents arrived in Tbilisi and continued their protest at the US Embassy in hopes that they would help them get the government’s attention. On Tuesday, the Embassy informed OC Media that their Human Rights Officer met the protestors and discussed their concerns.

The next day Kelly Dagnan, the US Ambassador to Georgia, spoke to journalists, and said that the embassy is trying to facilitate a meeting between protesters and Georgia’s Public Defender's office, as well as with appropriate NGOs, so as to ‘help them work through their issues’.

Shukruti residents have said that no one from the government has met them for over 100 days, when they resumed their long-running protest. They also said that representatives from the Public Defender’s office met them only once when they were still in Shukruti, and that they ‘left them hopeless’.

Representatives of the Public Defender’s Office met with the hunger-strikers again on 4 June.

Since they arrived in Tbilisi, some of the protesters have required brief instances of hospitalisation. ‘As soon as we feel like we can continue, all of us choose to return’, Giorgi Neparidze, one of the leaders of the protest, told OC Media. 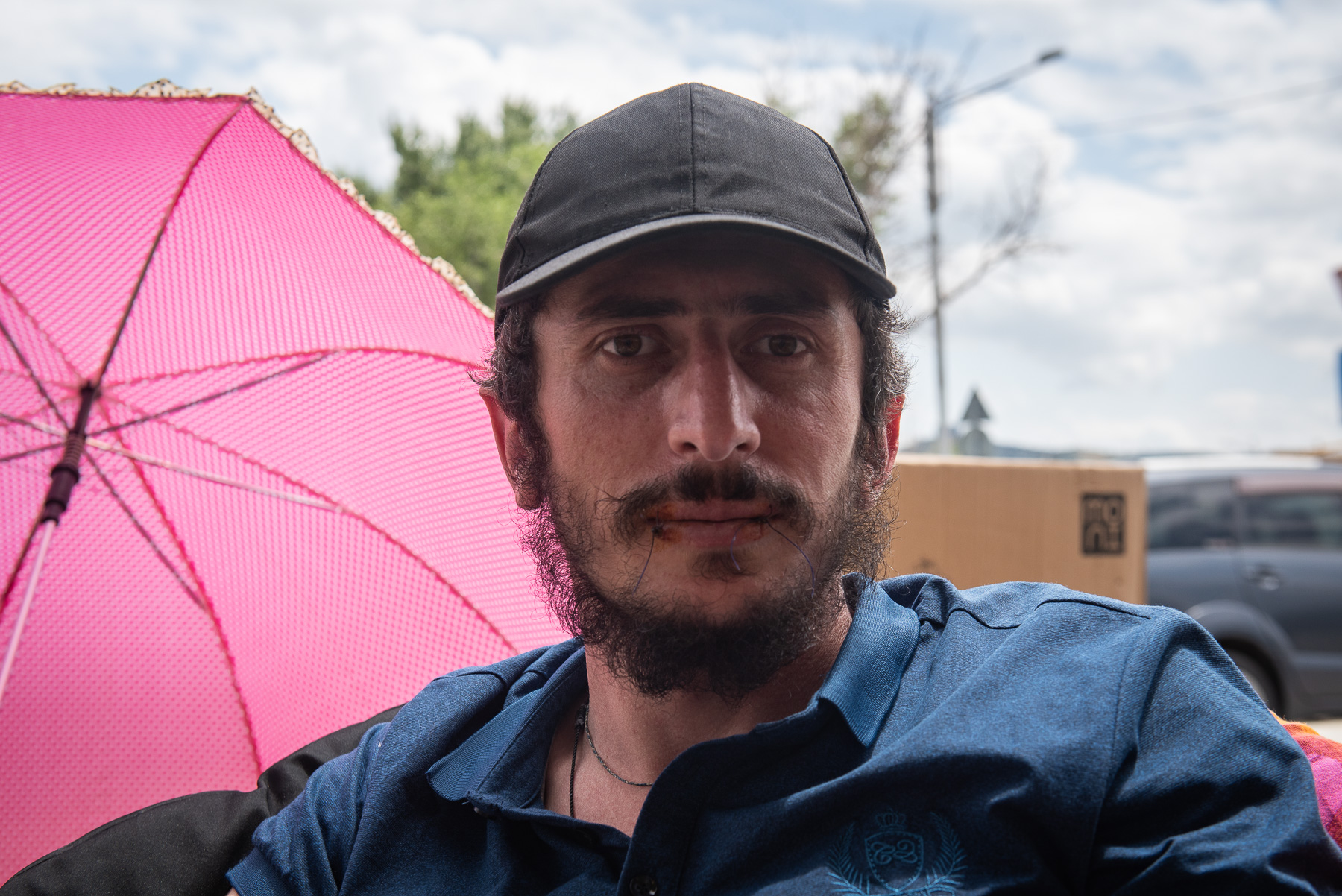 Shukuti residents are asking the government to step in to properly assess what is happening in the village, as they do not trust any audit conducted by the Georgian Manganese. They have said they also want the audit to be transparent.

On Thursday, Georgian Manganese released a statement in which they said that they have made an appeal to the Samkharauli National Forensic Bureau to assess the damage of the houses in Shukruti. The accuracy of a previous audit carried out by the company will also be assessed.

The company writes that they made such a decision in order to reach a speedy agreement with protesters. However, protesters have said that the company appealed to the Samkharauli Bureau without consulting them and they do not trust the process to be transparent.

Protesters told OC Media that the company had made similar statements and promises in the past, but that they did not keep their word, which is why they are seeking a three-party agreement between them, the government, and the company.

‘Our houses are collapsing over our heads’, said Giorgi Neparidze. ‘We understand that ore is a property of the state, but we are the citizens of the same country and just like other citizens we have the constitutional right to live on our property in a peaceful and safe environment.’

As of publication, the Georgian government has not released an official statement on the protest by Shukruti residents.