We want to hear from you! You can send us your stories, photos, and videos about the coronavirus via Facebook, Twitter, or email at [email protected]. 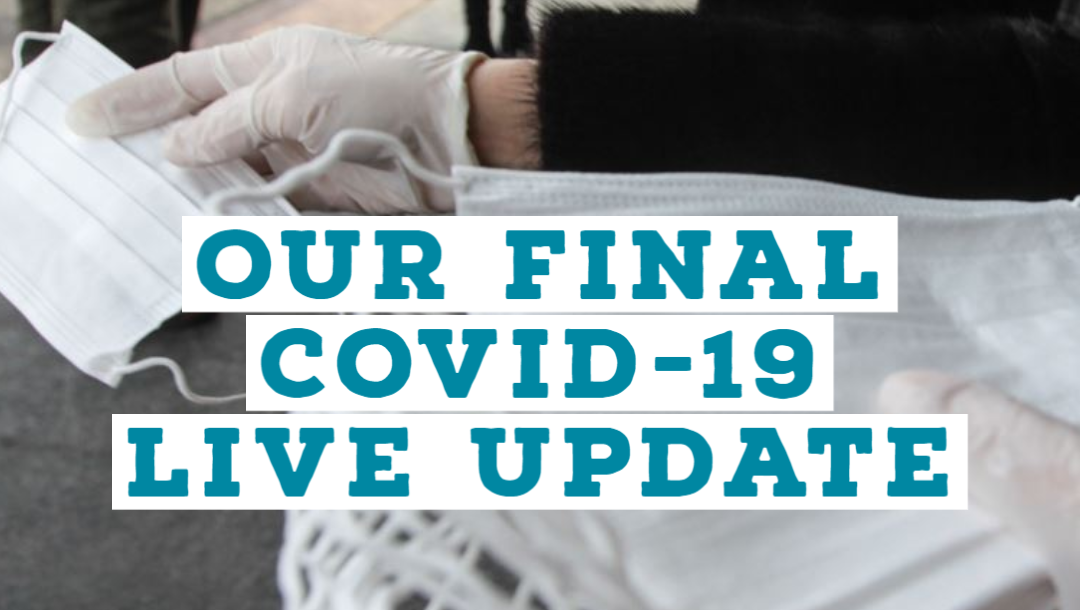 After launching our daily coronavirus live updates over 14 weeks ago, we have now taken the decision to return to our regular, more in-depth coverage of the region.

This will certainly still include the coronavirus crisis and how the authorities throughout the region are facing this challenge.

We are looking forward to going deeper into how the pandemic, and the measures adopted to counter it, are affecting the most vulnerable communities in society.

In the upcoming weeks and months we will also be examining how the pandemic has affected and continues to affect human rights, media freedom, social security, and political stability in Caucasus.

If these updates have been helpful to you, please consider joining our growing community of supporters. Together we can make the Caucasus a better place!

According to the local Health Ministry, Ingushetians will also be allowed to practice sports in open areas.

However, residents of Ingushetia will still be required to wear face masks and gloves and to keep 1.5 metres distance between each other outside their homes. The authorities also still recommend that people suffering from chronic diseases and those above 65 stay indoors.

Kristine Poghosyan and Viktor Yengibaryan, both from the parliamentary majority My Step faction, tested positive for COVID-19 today.

Unlike Yengibaryan, Poghosyan said she experienced a fever in recent days which prompted her to get tested.

Yesterday, Parliamentary Vice Speaker Vahe Enfiajyan, a member of the opposition Prosperous Armenia group, also reported he had tested positive for the coronavirus.

Georgian authorities have yet to announce if their plan to resume international tourism on 1 July will still go ahead as scheduled.

On Monday, the government admitted that agreements with ‘partner countries’ had not been reached.

They said that despite ‘successful negotiations’, Israel and various EU countries had recently decided to delay resuming international tourism due to the epidemiological situation.

In the same statement, the government promised to give more details ‘in the nearest future’.

On Tuesday, Lithuania’s Foreign Minister Linas Linkevicius said that they were looking forward to resuming travel with Georgia and Ukraine on 1 July.

OC Media has reached out to Georgian National Tourism Administration and the Foreign Ministry for details.

According to a new resolution adopted by the South Ossetian authorities, the border with Russia will remain closed for an additional month, until 31 July instead of the planned 30 June.

South Ossetian news agency Osinform reported on Tuesday that chief medical officer Marina Kochieva evaluated the situation in North Ossetia as ‘unstable’ and said the measures were necessary to ‘keep the situation under control’.

According to Osinform, residents of South Ossetia will still be allowed to return home. Exceptions also apply to Russian military personnel and diplomats, among others.

South Ossetia is expected to hold a Victory Day Parade on Wednesday at Tskhinvali’s Theatre Square. The celebration is usually marked on 9 May, however the date shifted due to COVID-19. South Ossetian President Anatoly Bibilov has travelled to Russia to attend a parade in Moscow.

As of 24 June, 85 cases of coronavirus have been confirmed in South Ossetia; 52 patients have recovered.

The authorities in Kabardino-Balkaria have eased some anti-corona restrictions, including re-opening museums, libraries, and allowing the public to visit parks and cemeteries.

They have also allowed beauty salons to reopen.

The local government is also mulling permitting agricultural markets and fairs and open-air cafes to operate starting in July.

Kabardino-Balkaria’s Chief Medical Officer Zhiroslan Pagov suggested on Tuesday that the peak of the COVID-19 outbreak had already passed in the republic.

Welcome to OC Media’s coronavirus live updates for Friday, 19 June. We will be bringing you the latest news on the COVID-19 pandemic from around the Caucasus.