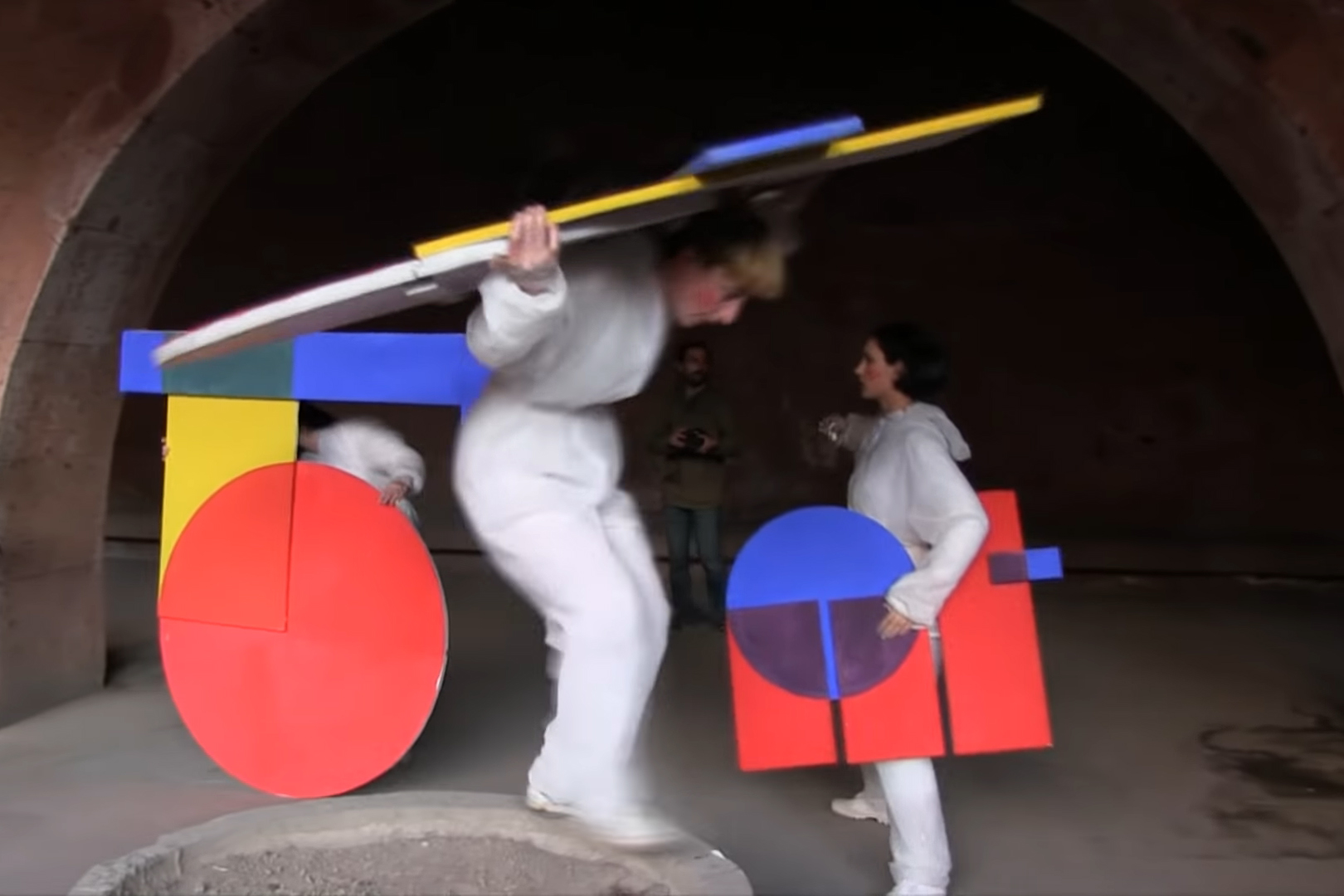 Far-right protestors disrupted a modernist dance performance in Yerevan over the weekend, claiming the performance was ‘profane’ and ‘satanic’. One man was arrested for throwing green dye at performers.

It was met by protesters who disrupted the rehearsals and the performance with derogatory chants and by throwing dye at performers, which led to skirmishes and police involvement.

Protesters first attempted to disrupt the event during a rehearsal on Friday.

The Contemporary Choreography Lab Armenia (CoChoLab), who organised the event, was rehearsing the performance which they claimed to be a research-based experimental re-reading of 1920s futurist Armenian poetry.

According to their Facebook page, the performance was ‘a synthesis of modern dance and poetic rhythm that would question public perceptions of female behaviour, way of talking and movement.’

The project was financed by the Ministry of Education, Science, Culture and Sports.

They were met with two men who disrupted the rehearsal and accused them of being ‘satanic’ and ‘anti-Armenian’.

In a video of the incident, the two men claim that the performers have been brainwashed to believe what they are doing is art.

‘First of all, you are women, and a woman’s main purpose in life is to have and raise children’, one of the men says. ‘These people have been convinced that a woman can marry a woman, a man with a man […] you have nothing to do with art.’

The artists, in turn, told the man that they had the right to be there as they had the permission of the Yerevan Municipality and Yerevan Metro.

A skirmish reportedly broke out and police were called in.

CoChoLab announced on Facebook later that day that Saturday’s performance would go ahead regardless.

‘We’re expecting something like this will happen tomorrow too, and not only tomorrow’, the announcement reads. ‘As long as the mentality  that if women look different or do something outside of the norm, then she can’t raise children persists, this only means that this performance is more important  than ever.’

They called on other artists to come out and support them.

‘This is our right to perform art in public spaces, to bring change, to bring something new, to showcase ourselves, to be us’, the statement concludes.

Roughly a dozen protesters turned up to the performance on 2 November, chanting ‘shame’ at the performers.

A man attacked two of the performers by splashing them with a zelyonka, a bright green dye. He was apprehended by the police and taken into custody. As he was taken away he shouted that he ‘will not tolerate satanism’ in Armenia

A number of zelyonka attacks have previously taken place in Ukraine and Russia, where the substance had been used against critics of the Russian government, most notably Alexey Navalny.

According to CivilNet, several protesters, including the founder of the Protection of National Values “Kamq” NGO Vahagn Chakhalyan, burned incense and prayed. Chakhalyan described the performance as a ‘profanity’.

In an interview with Aravot, the organiser and choreographer of the project, Hasmik Tangyan, said the performance was based on poetry about women and revolution written by male poets in the 1920s.

She said that the dance choreographed by her and spoken word written by poet Lilith Petrosyan, they were attempting to start a dialogue with the male poets.

‘People always have issues with my dances’, Tangyan said. ‘Now, people are interpreting them through nationalistic sentiments and considering it satanic.’

‘But this was solely about the presence of a woman’s speech and body. It wasn’t pornographic or a striptease’, she concluded.

One of the participants in the performance was Hasmik Khachunts, a member of the ruling My Step faction on the Yerevan Municipal Council.

In an interview with News. am, she said the project had nothing to do with George Soros, satanism, or other labels given to it by protesters.

‘It’s important to note that this is modern art, which is not common, it has to be properly explained to people’, said Khachunts.

Conspiracy theories regarding George Soros, which are common to far-right movements around the world, have become popular among critics of the Pashinyan administration, who claim that the Hungarian-born billionaire and philanthropist, through his support of organisations like Open Society - Armenia,  is trying to undermine the Armenian Apostolic Church and ‘national values’.

The Huzanq u Zang performance comes at a time when social tensions, especially on social media, are high over what some are calling ‘Western schemes’ to intervene in Armenian domestic and foreign politics.

Last week, protests were held against the ratification of the Istanbul Convention on the Prevention of Violence against Women and Domestic Violence.

The same week, there was uproar on social media against a film about Mel Daluzyan, an Armenian transgender weightlifting champion who sought asylum in the Netherlands. The film received  ֏20 million ($41,000) in funding from the Armenian government.

[Read more on Mel Daluzyan’s story on OC Media: Forced from home for being queer]

In October, a rock concert by  Polish death metal band Vader was cancelled, before quickly being rescheduled, after criticism that the band was ‘satanic’.

‘If we continue this way, we’ll start launching inquisitions’

On 3 November, the Ministry of Education, Science, Culture and Sports announced that the Huznanq u Zang project had applied for a grant and a specialised committee within the ministry gave its approval in July.

The Ministry was criticised for allocating such a large sum for a project that many deemed inappropriate.

In a live video on Facebook on 4 November, Prime Minister Nikol Pashinyan mentioned the performance.

‘There’s a new trend in Armenia when someone creates something that is not standard, that is out of the box, then they are labelled as satanic’,  Pashinyan said. ‘If we continue this way, then slowly we’ll start launching inquisitions, we’ll start burning people because they don’t believe […] the “right way”.’

He went on to say that Armenia had to be a ‘modern country’ where people’s rights to think as well as other rights should be respected. This would not mean, he underlined, that everyone had to think the same, whether in terms of politics, religion, or science.

Soon after the ministry’s announcement, the Armenian Youth Federation, the youth wing of the Armenian Revolutionary Federation Party (Dashnaktsutyun), a coalition partner of the former ruling Republican Party, called for the resignation of Arayik Harutyunyan, the Minister of Education, Science, Culture and Sport.

They demanded that Harutyunyan resign before the next government session, scheduled for 7 November.

They vowed to hold a protest in front of the Government building on 7 November.

An online petition was also launched demanding Harutyunyan’s resignation. So far it has only 3,900 signatures.